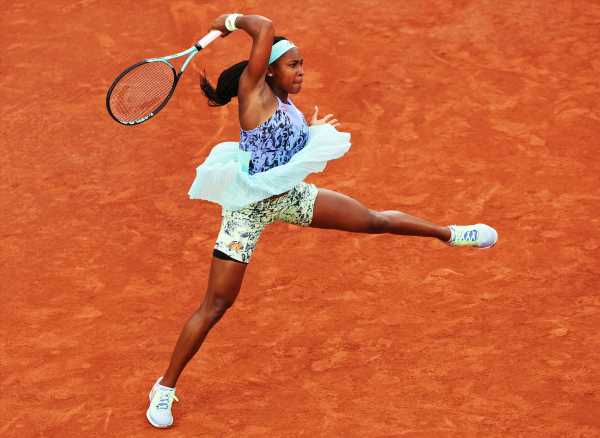 Coco Gauff raised both her arms in celebration and looked up to the heavens after completing a 6-3, 6-1 victory over Martina Trevisan on Thursday to make her first Grand Slam singles final at Roland Garros.

At 18, the American became the youngest finalist at Roland Garros in more than 20 years since Kim Clijsters in 2001, fulfilling the promise that had many tipping her as a prodigy since her days as a junior.

She is also the youngest Grand Slam finalist since Maria Sharapova, who went on to win the Wimbledon title in 2004.

However, she faces a tough opponent in World No 1 Iga Swiatek, who is on a 34-match winning streak, in Saturday’s title clash.

A girls’ French Open champion in 2018, 23rd-ranked Coco exploded on the global tennis scene a year later as a 15 year old with a breakthrough fourth-round result at Wimbledon.

Since then she has steadily risen, peaking at No 15 in the WTA rankings and winning two trophies on the indoor hardcourts in Linz and clay courts in Parma.

Physically stronger, mentally more resilient than she has ever been, Coco hasn’t dropped a set on the way to the final, but the path to get there wasn’t without a scare.

After a walk in the park 7-5, 6-0 victory over Canadian qualifier Rebecca Marino a day after celebrating her high school graduation, she maneouvered past Belgium’s Alison Van Uytvanck 6-1, 7-6(4), and dodged an upset from Estonia’s Kaia Kanepi, who had ousted former champion Garbine Muguruza in the previous round, winning 6-3, 6-4.

Another Belgian, the tricky 31st seed Elise Mertens and former Roland Garros finalist Sloane Stephens of the United States came next, but Coco handled both with aplomb, winning 6-4, 6-0 and 7-5, 6-2 respectively.

With a confident 6-3, 6-1 win over Martina Trevisan — who had knocked her out on the Philippe-Chatrier courts in the second round in 2020 — Coco sealed a well-deserved place in her first Grand Slam singles final.

For a look at Coco Gauff’s splendid run to the final, please click the images: 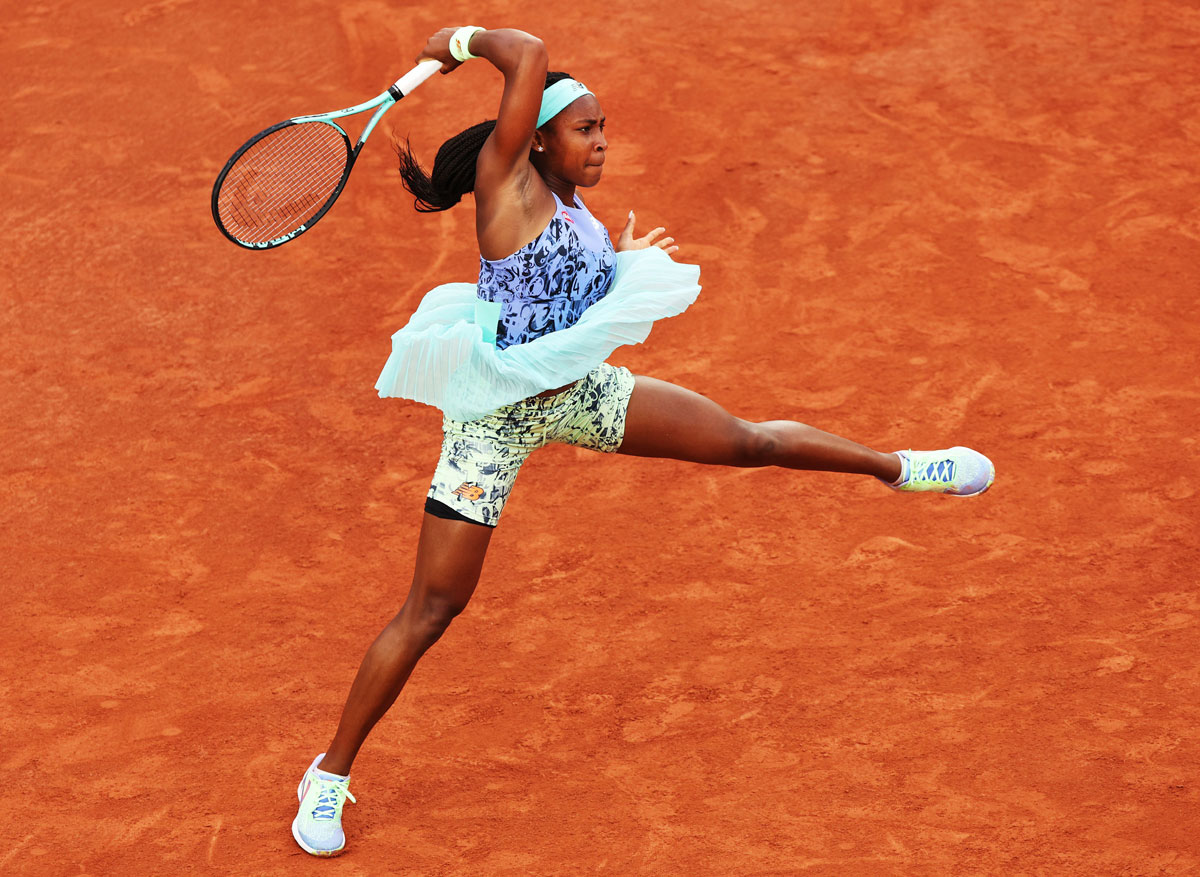 IMAGE: Coco made a confident start to the French Open with a straight sets victory over Rebecca Marino on the opening day at Roland Garros. Photograph: Adam Pretty/Getty Images 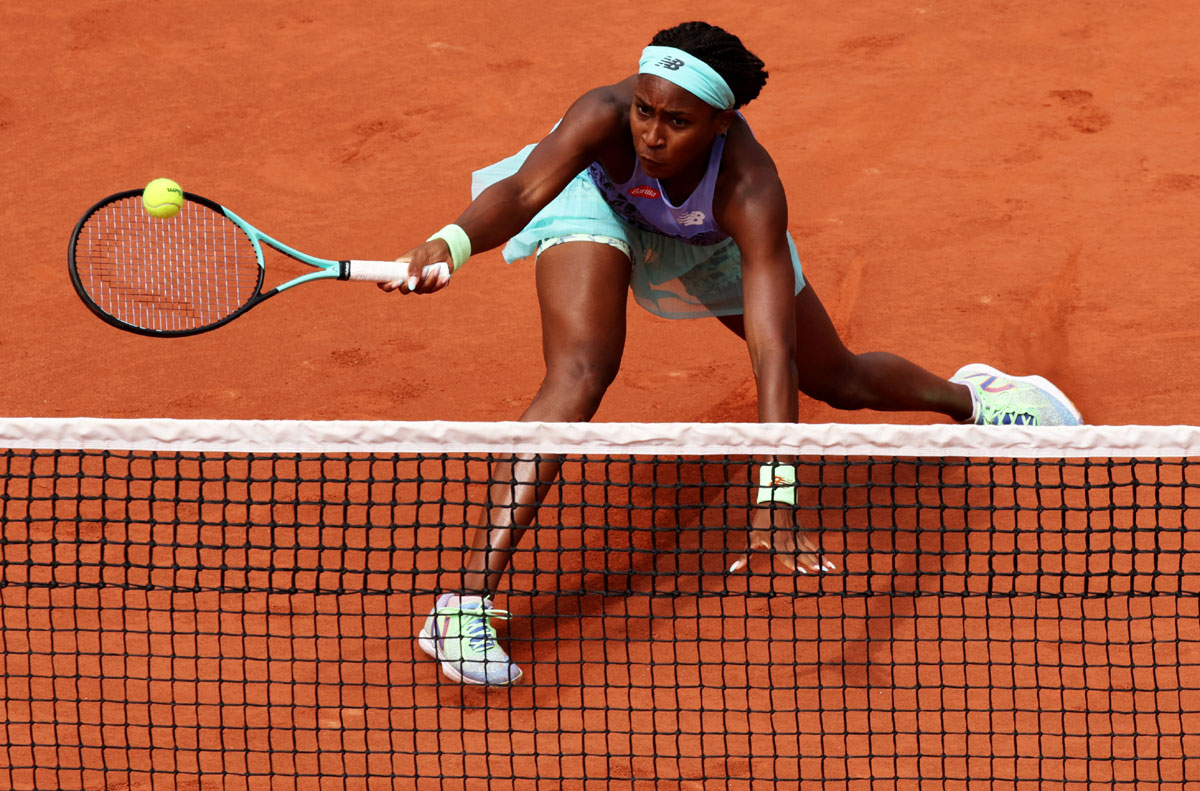 IMAGE: Coco was made to work hard for her second round victory against Alison Van Uytvanck. Photograph: Adam Pretty/Getty Images 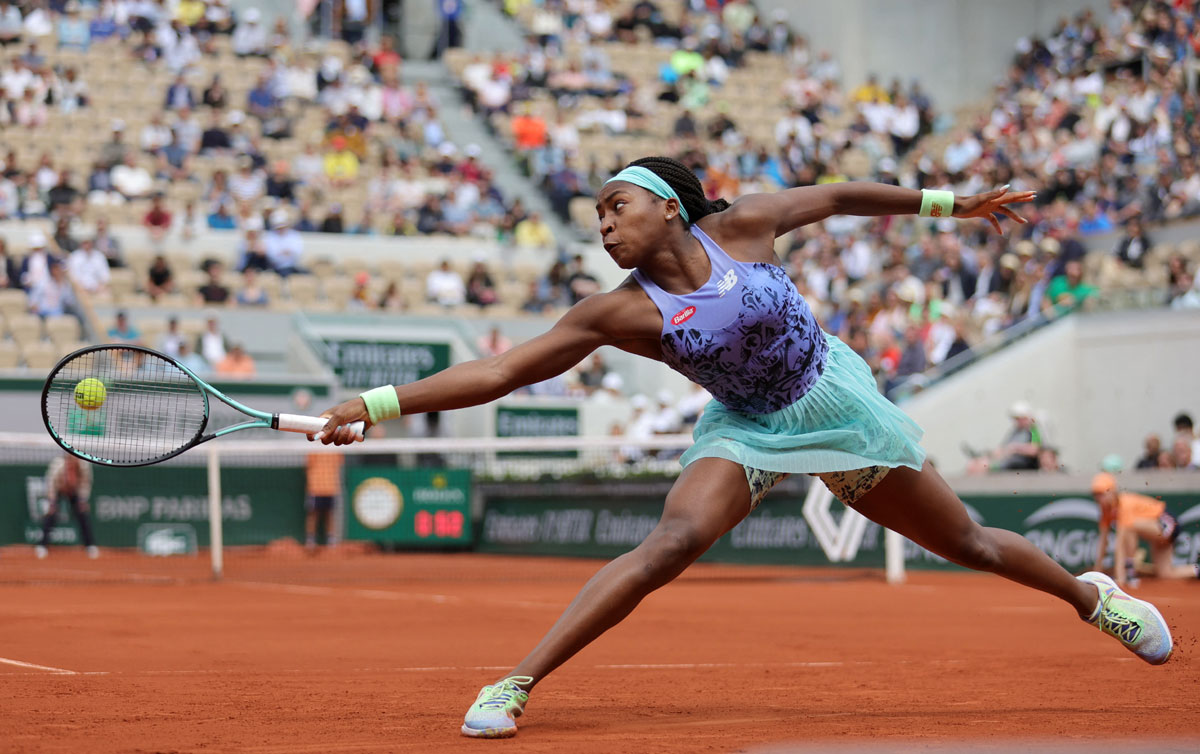 IMAGE: Coco downed veteran Kaia Kanepi in a clash of the generations in a third round match.
The 18-year-old American was a toddler when Estonian Kanepi, 36, played the first of two quarter-finals at Roland Garros in 2008. Photograph: Pascal Rossignol/Reuters 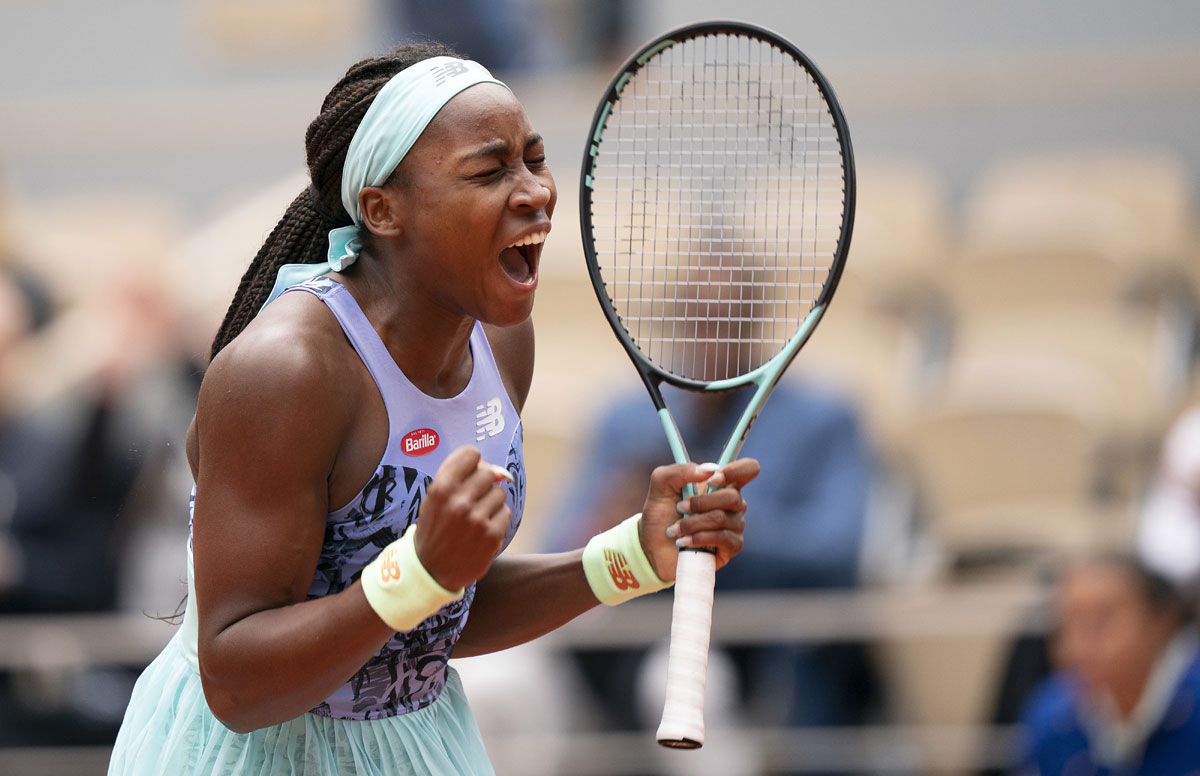 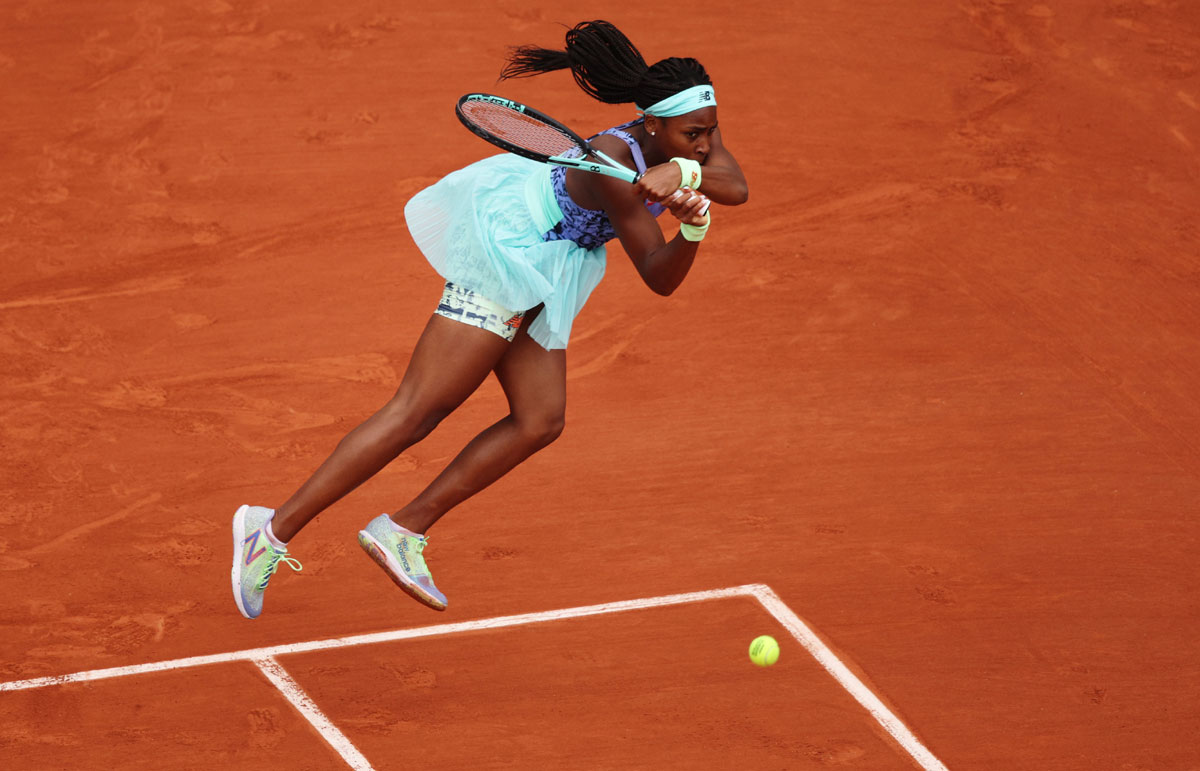 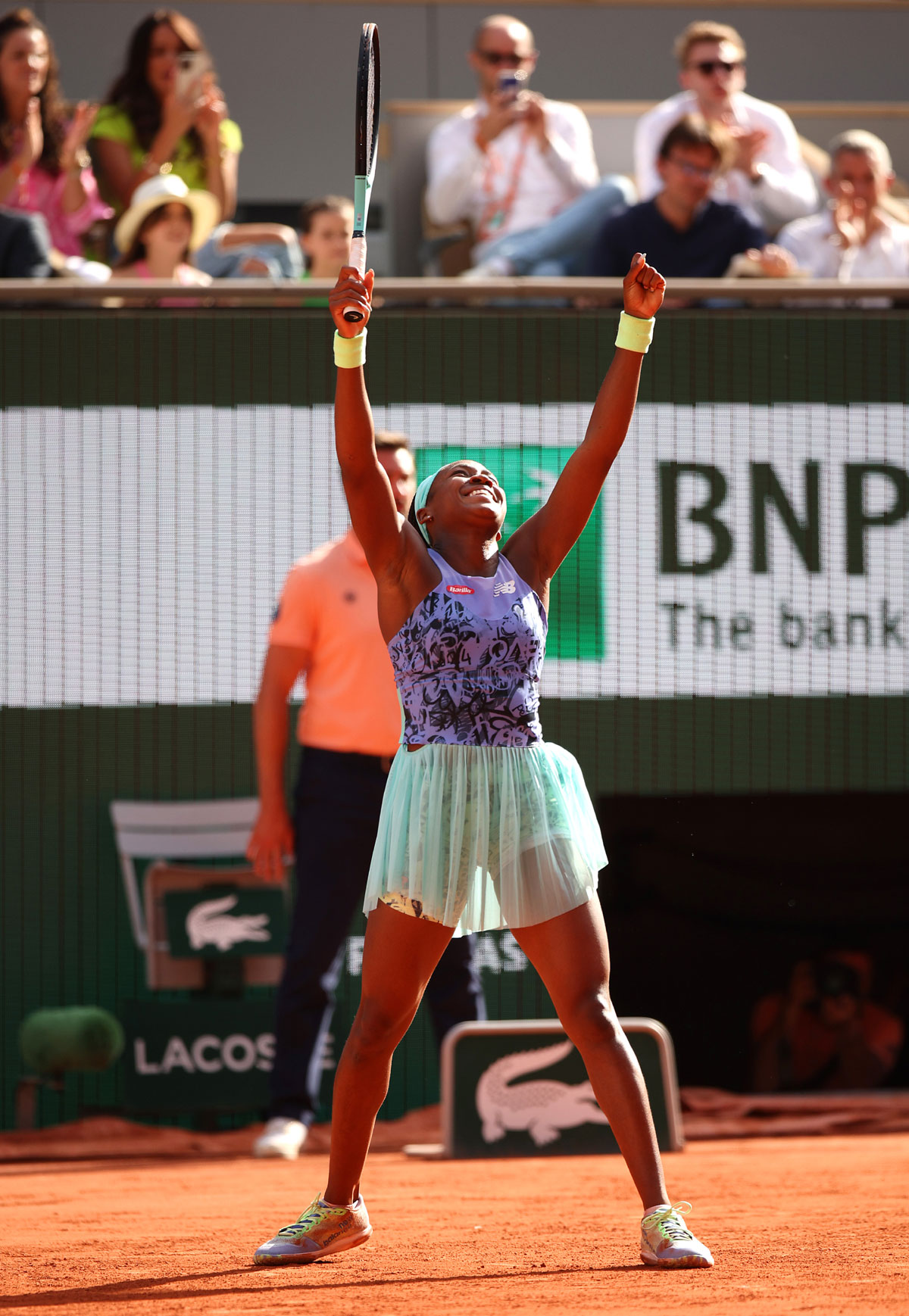 IMAGE: There was no stopping Coco as she thrashed Martina Trevisan in straight sets to become the youngest French Open finalist in 21 years. Photograph: Adam Pretty/Getty Images