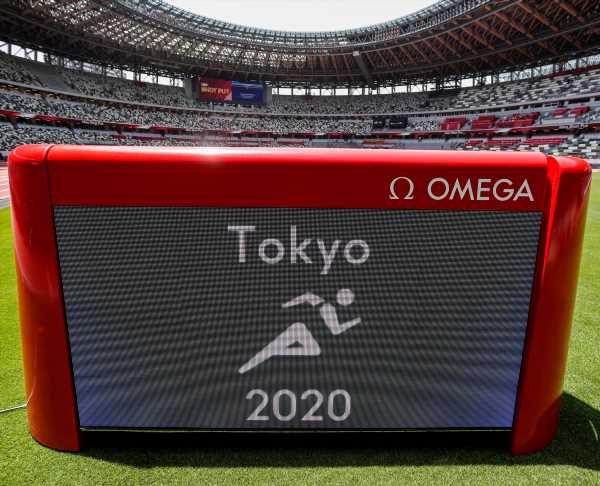 Japan won’t allow its reputation to be dented by calling off the Games at this late stage, argues Raj Kishore Mishra, former joint secretary at the sports ministry. Withvseven weeks to go for the Tokyo Olympics, scheduled to begin on July 23, a chorus of voices is rising in Japan to either postpone or cancel the Games altogether because of the COVID-19 pandemic.

What has added traction to the dissent is a May 26 editorial in Asahi Shimbun, a liberal and respected newspaper in Japan and, more importantly, one of the leading sponsors for the Games supporting the demand for postponement.

According to local polls, an estimated 60%-80% of the population also want the Games to be either postponed or cancelled on fears of the virus spreading if the Games were to go on.

A dispassionate analysis would, however, reveal that there is more of sentiment than substance behind this clamour.

To begin with, let us examine the COVID-19 situation in Japan.

The total number of fatalities was 12,714 and the daily average of infections was below 10,000.

This puts Japan in a much better position than many other countries as far as the Covid situation is concerned.

One area of concern admittedly is the low levels of vaccination amounting to roughly 5% of the population.

However, in a positive development in the context of the pandemic and the Games, the European Union has, in a joint statement with Japan and while extending support to the Olympics to go ahead, authorised 100 million vaccine doses that would inoculate about 40% of the country’s population. This is as good as it can get. In addition, Prime Minister Yoshihide Suga and his cabinet are determined to stall the spread of the virus and deliver a safe Games.

Towards this end, the government has extended the COVID-19 state of emergency for 9 prefectures which include Tokyo till June 20 in order to check transmission of the virus before the Games begin.

This is aside from the decision already taken to ban spectators from outside the country, to review the situation pertaining to domestic audience closer to the Games and to follow a strict regimen of testing all athletes on arrival and at regular intervals thereafter.

The International Olympic Committee member countries would also adopt similar safety measures of inoculating their athletes and testing them before their departure for Tokyo.

While on the subject of safety, let us also not forget that the people of Japan have few peers when it comes to discipline and civic mindedness and would do everything in their power to embrace Covid appropriate behaviour to stem the spread of the virus during the period the emergency is in force.

The same applies to the volunteers to be drafted for the Games.

Finally, Japan is no ordinary country. It is an economic superpower that is confident of its ability to face any challenge, including conducting mega sporting events with considerable success as in the past.

Having already spent over $15 billion, Japan is capable of creating a fully bio-secure environment for over 11,000 athletes, officials and volunteers and is not going to allow its reputation to be dented by backing off at this late stage. There are other equally weighty reasons behind why the Games must go on as scheduled.

Already behind schedule by a year, there is hardly any leg room for the event to be postponed further.

As it is, the summer season in Japan would be over by August. Besides, if one looks at the international sporting calendar ahead, deferment is not an option.

Next up is the Winter Olympics in Beijing from February 4-20, 2022 followed by the World Athletics Championships in Eugene, Oregon, USA, from July 15-24, the Commonwealth Games in Birmingham, the United Kingdom, from July 28-August 8, 2022 and the Asian Games in Hangzhou, China from September 10-25, 2022.

Last but not the least, let’s spare a thought for the athletes from 167 National Olympic Committee member countries who have so far qualified for the Games as of May 27 (this number is likely to go up to 206).

Over 11,000 of them have toiled for years and shed sweat and blood in gyms and grounds to reach where they are.

Denying them a chance to excel at the biggest sporting stage now would both be cruel and inhuman.

After all, the Olympic motto: Citius, Altius, Fortius (Faster, Higher, Stronger) is all about scaling hurdles and overcoming challenges in pursuit of a higher goal.

Postponing/cancelling the forthcoming Tokyo Games would be a negation of this cardinal principle.

The Show, therefore, must Go On.