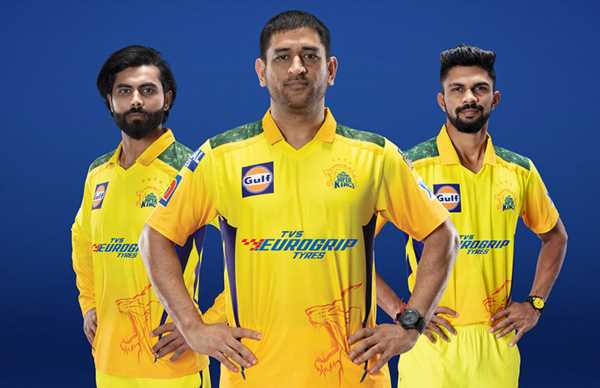 CSK had added the camouflage on the jersey last season as a tribute to the Indian armed forces.

The trademark roaring lion logo has been placed at the left corner of the shirt.

‘Chennai Super Kings team is pleased and proud to carry the logo of a trusted, successful, and legacy brand: TVS Eurogrip, on its jersey. As a mark of respect to our soldiers and the association our captain has with the army, we introduced the camouflage on the shoulders last year. It also gelled very well with the yellow. We have added camouflage on the collar at the back of the jersey now,’ CSK CEO KS Viswanathan said.