It was a night of pain and agony for Croatia as it stopped one short of the World Cup crown. The team that had defied odds to reach the final was ultimately left undone as some vital moments of the game played out in its opponent’s favour. Or so at least coach Zlatko Dalic thought.

“Congratulations to France for their title,” he said. “We played well in the first 20 minutes and then there was this own goal from set play. We came to life and dominated and then the penalty came. In a World cup final you don’t give such penalty. But that does not diminish France’s game.”

Elaborating further, he added: “We lacked the luck that we had throughout the tournament. The first two goals went against us as we conceded twice from set pieces. It’s difficult for players to find the energy to get back every time. It’s difficult to come back against such a good France side.”

The manager is still proud of the achievements of his players, whose performance has championed the cause of a small nation.

“We were all sad and downcast after the game ended. But, I told them to hold their heads high and be proud of their display. Sometimes in football you lose, but you need to be dignified in defeat too,” the coach said.

Unity did it: Griezmann

Antoine Griezmann still drenched in the confetti, champagne and the rain that accompanied France’s World Cup trophy presentation, gave a glowing account of the team’s unity, despite different racial and cultural backgrounds, as the reason behind the team’s success in adding a second star to its lapel.

“I am very proud of this team and the entire support staff. We were a really united group and that strength helped us to make history. We are going to party with family and friends, and tomorrow we will party with the French people,” Griezmann, who scored the second goal of the match, said. “There are (people of) different origins (in France) but we are united and that’s the France we love. It’s the same for the team. We are from different backgrounds but as soon as we wear the jersey, we play for each other and the nation.” 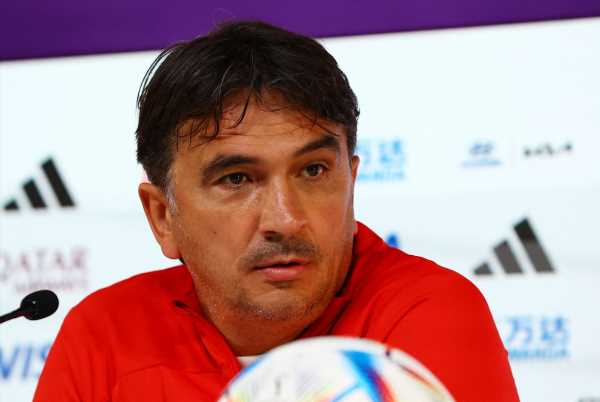