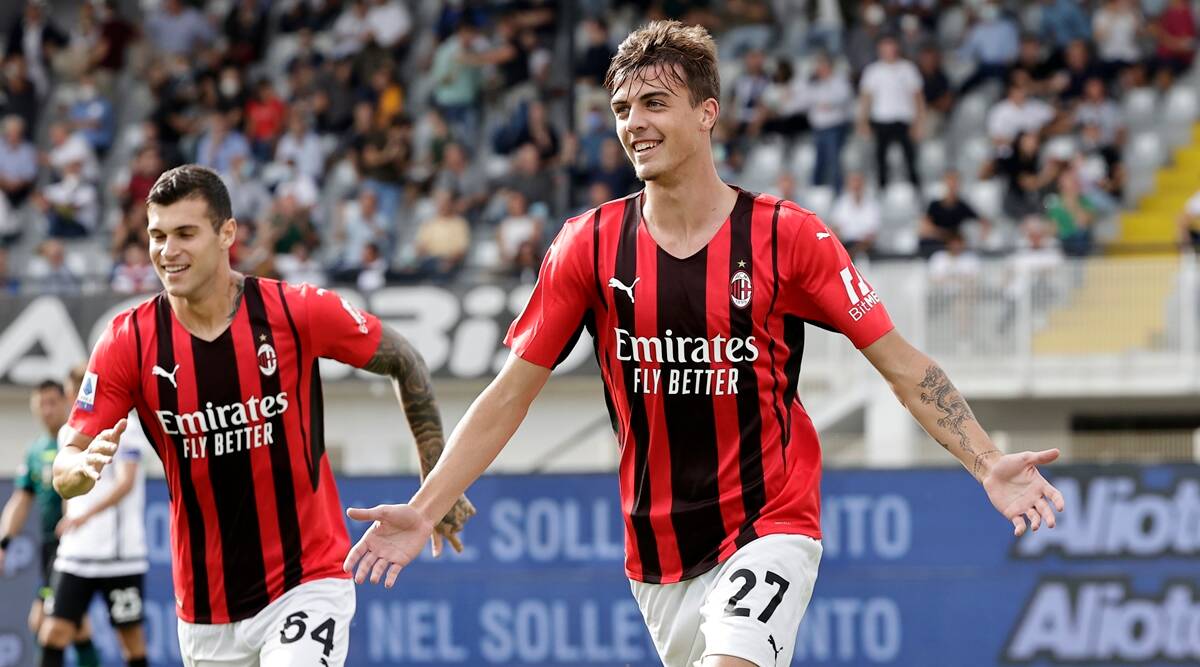 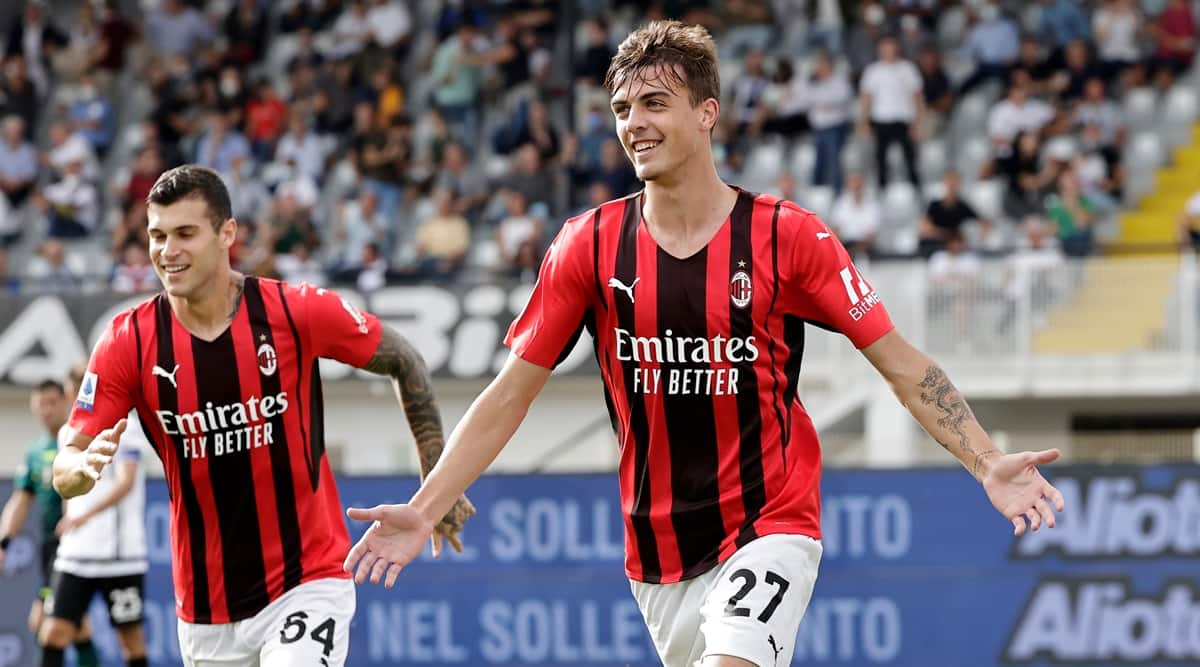 The Maldini name has been synonymous with AC Milan and a new chapter was scripted in the rich history of the family with the Italian giants. Daniel Maldini, son of Paolo Maldini, scored on his first start for his father and grandfather’s club.

The 19-year old, fresh from the club’s youth academy is Paolo’s second son and plays as an attacking midfielder. “The coach told me yesterday (Friday) that I was starting, he showed me what we were doing at set-pieces so I realised that I would be in the starting XI,” said Daniel to DAZN.

The set-piece training would work as Maldini opened the scoring with a powerful header against Spezia two minutes into the second half. Cameras caught his father celebrating emotionally after the goal.

“He’s demanding, rightly so, but he helps me out,” said Maldini junior. “He’s my dad.” Paolo is currently the technical director at Milan and Daniel joined the club’s youth setup right after his father had retired.

He has been with the club since 2010, has two appearances each for Italy’s U18 and U19 teams. Before this game, Daniel was being slowly introduced through substitutions into the game until his first start on Friday.

Maldini and Milan is a partnership that has been going on since 1954. Cesare Maldini started his career with Italian club Triestina before making the switch. Once at Milan, he led the team to four Serie A titles and one European Cup in 12 years at the club.

International, Cesare earnt 14 caps for Italy and was part of the team in the 1962 World Cup. He captained both club and country.

After retiring in 1967, Cesare then went on to coach Milan twice, and Foggia and Parma as well. But his success as a manager was far more on the international level. Cesare was the three-time winner of the European Under-21 championship as coach of the Italy u21 team. He then coached the Italian senior men’s team at the 1998 World Cup and then the Paraguay WC team during the 2002 event.

Until then, it felt like senior Maldini’s record was untouchable, but then came Paolo.

25 years at one club. One of the greatest defenders and players of all time. Part of multiple great Milan teams to have dominated Europe. Il Capitano’s resume built on the work put by his father onto the club and alleviated their family’s claim to dizzying heights.

Paolo started his Milan career as a 17-year-old right-back but quickly switched onto the left flank because his left foot was considered to be better. His first real breakthrough came in the 1987-88 season where he was part of AC Milan’s iconic defensive display through the season, where they conceded a mere 14 goals throughout. The consistent league performance earned him a spot in the Italian team and he was a regular for them until his international retirement in 2003.

Maldini was part of three iconic Milan teams. The Immortals, under Arrigo Sachi were famous for seven consecutive league titles and the Dutch trio of Marco Van Basten, Frank Rijkaard and Ruud Gullit. Maldini was then part of the Invincibles Milan squad. Under Fabio Capello, this Milan side went unbeaten for 58 games at one point and won three consecutive titles under the former England manager.

The last great squad that Maldini was part of was when Carlo Ancelotti, who was part of the Immortals, began to coach Milan. In the 2003-04 season, Milan went on to lift yet another Champions League. The victory was even sweeter for Paolo because it came exactly 40 years after his father had won the European Cup. Both Cesare and Paolo’s European glories were ratified in England as well. They became only the third father-son duo to win Europe’s top club honours.