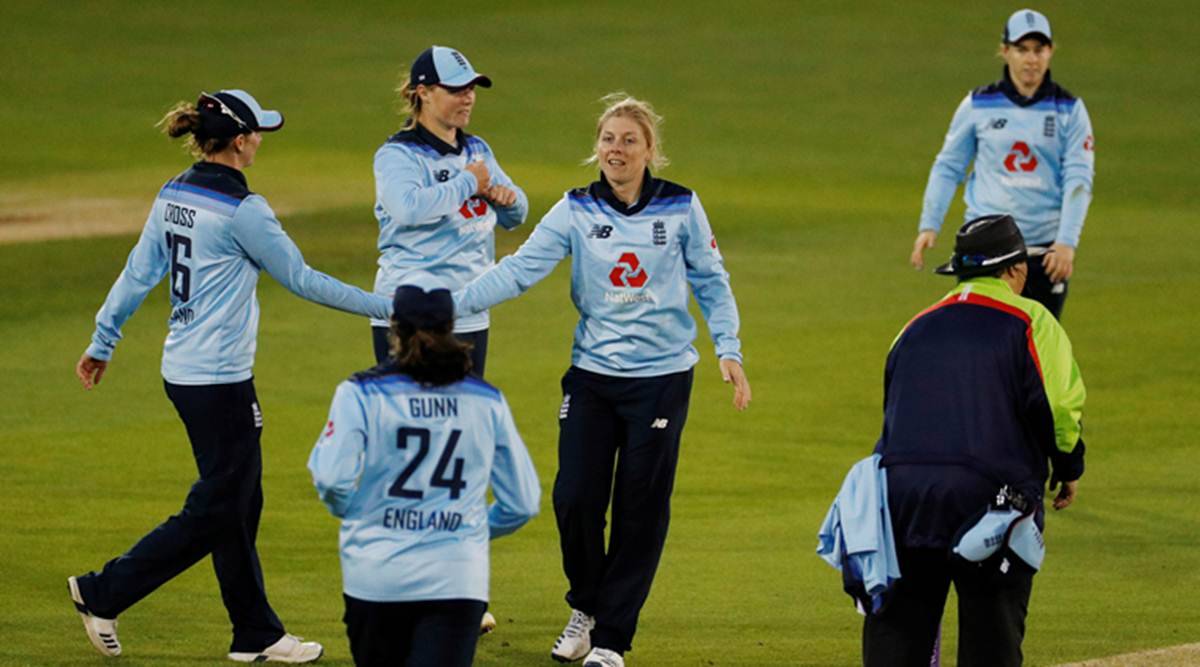 Danii Wyatt made a comeback to the England squad for the three Women's T20 Internationals against India starting July 9 in Northampton. Flamboyant batter Danii Wyatt made a comeback to the England squad for the three Women’s T20 Internationals against India starting July 9 in Northampton.

The second and third WT20Is will be held in Hove (July 11) and Chelmsford (July 14) respectively.

The multi-format series sits at 6-4 to England, with each T20I worth two points.

Danni Wyatt along with Mady Villiers are back amongst the 14, while Kate Cross and Lauren Winfield-Hill return to play for their regional teams and will be available for this weekend’s Charlotte Edwards Cup action.

Head Coach Lisa Keightley said: “We’ve played some good cricket across both the Test and ODIs and we’ve named a strong squad for the IT20 series. It’s 6-4 in the multi-format series and we’re pushing hard to win.

“We probably weren’t quite at our best in the third ODI so I’d like us to hit the ground running in the first IT20 and be ruthless.”