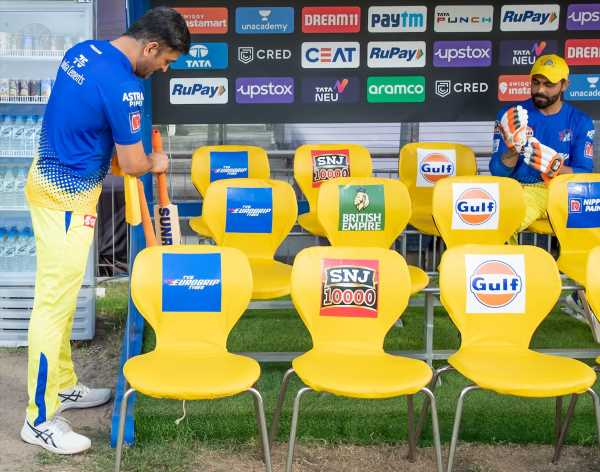 Chennai Super Kings skipper Mahendra Singh Dhoni expects Ravindra Jadeja, freed from the burden of the captaincy, to make a bigger contribution for them, especially by fixing their sloppy catching in the Indian Premier League (IPL).

Dhoni led Chennai to their fourth IPL title last year but stepped down before the beginning of the new season with Jadeja succeeding him in the role.

Under Jadeja, holders Chennai managed only two wins in eight games after which the all-rounder relinquished the role citing the need to focus on his own patchy form.

Captaining the team also necessitated Jadeja, one of the best fielders in contemporary cricket, to station himself inside the circle so he could continue communicating with the bowlers.

“I’d love to have Jadeja as a bowler, a batter and a fielder,” Dhoni said after guiding Chennai to victory against Sunrisers Hyderabad in his first game back in charge on Sunday.

“Even if you relieve captaincy but you are at your best, this is what we want.”

“We were also losing a great fielder. We are struggling for a deep midwicket fielder. We have dropped 17-18 catches and that’s a matter of concern.”

Dhoni said he tried to help Jadeja whose mind was ‘working a lot’.

“What really happens is the individual is not able to relax,” the former India captain said.

“When he closes his eyes and wants to sleep, the mind is still working.”

“I felt that it was having an effect on his game also, when he was going to bat.”

Chennai face Royal Challengers Bangalore in their next game on Wednesday.