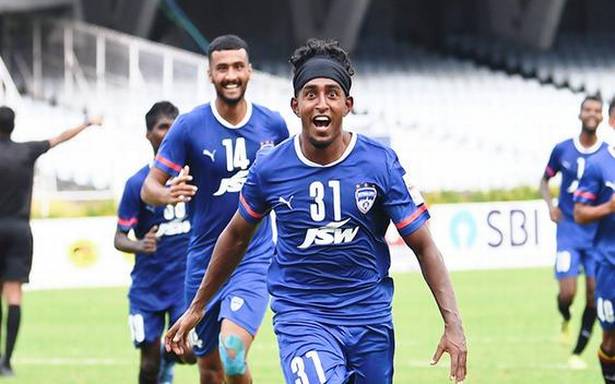 Namgyal Bhutia and Leon Augustine struck a goal apiece as Bengaluru FC defeated an eight-man Kerala Blasters 2-0 to start its campaign on a winning note in the 130th Durand Cup football tournament at the Salt Lake Stadium here on Wednesday.

Madness prevailed on the ground resulting in three red cards for the Blasters in the second half.

R.V. Hormipam was the first to go in the 64th minute, followed by Sandeep Singh and Denechandra Meitei. It practically took away the Blasters’ chance for a revival.

In the 71st minute, Augustine scored from Harmanpreet Singh’s cross to make it 2-0.

Lara was adjudged the man-of-the-match for his outstanding effort.