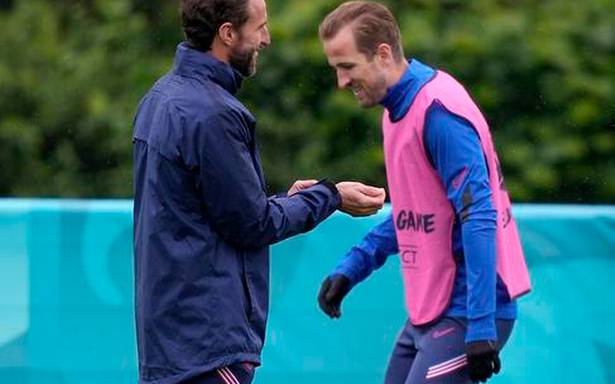 Croatia and Scotland need a win in order to progress

England manager Gareth Southgate looks likely to resist the clamour for a major change in approach for Tuesday’s final Euro 2020 Group D match against the Czech Republic at Wembley.

The disappointing performance in Friday’s goalless draw with Scotland has led to calls from pundits and fans for Southgate to adopt a more positive style.

But while some personnel changes could be on the cards, it is not expected that the England manager will switch to the kind of attacking line-up some of his critics have been demanding.

The Czechs are top of the table on four points, ahead of England on goal difference, and a draw would see both teams advance regardless of the outcome of the game between Croatia and Scotland, who are both on one point.

On Sunday, Southgate took the unusual step of announcing that captain Harry Kane, whose sluggish displays have worried England fans, will definitely start against the Czechs.

Since the Scotland game, he has also pushed back gently against those who have been calling for Borussia Dortmund winger Jadon Sancho, who has yet to feature, to be given a slot on the right wing.

Sancho would be an alternative to Raheem Sterling.

Czech striker Patrik Schick is the joint top scorer, with Cristiano Ronaldo, in the tournament so far having grabbed three goals in the opening two games — including his wonderful long-range strike against Scotland.

In Glasgow, Scotland will looking to give its boisterous fans something to really cheer about, when it faces Croatia with both teams needing to win to have any chance of advancing.

The Scots will have to play without Billy Gilmour, however, as he has tested positive for the coronavirus.

Croatia coach Zlatko Dalic has been facing questions about his future with the national team in the buildup to Tuesday’s match. Croatian media has been especially critical of Dalic’s team selection for the second match.

The players wants to set things right on Tuesday, and Croatia defender Josko Gvardiol was apologetic about the performances so far.

“There are no weak teams at a Euros,” Gvardiol said. “We started with this in mind, however, we’re sorry that we didn’t take more from the first two matches. We have to give everything we can to ‘die’ on the pitch, take the three points and hope we can go through.”