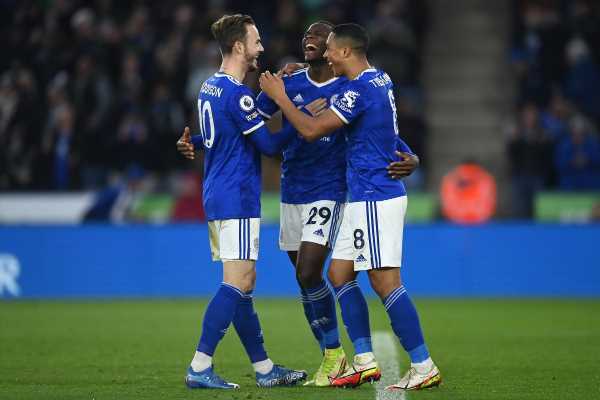 IMAGES from the English Premier League matches played on Sunday.

Leicester found the net either side of halftime through a penalty from Tielemans and a tap-in from Zambian forward Patson Daka. Tielemans and James Maddison scored late on to condemn Newcastle to their eighth defeat of the season.

Tielemans scored from the spot shortly before the break after Maddison had been tripped by Newcastle defender Jamaal Lascelles. Replays showed Maddison may have anticipated the contact and Newcastle manager Eddie Howe was aggrieved.

“It was a strange game because I thought we were OK for large parts. We conceded a goal with the penalty – which was debatable whether it was. The scoreline looks like a heavy defeat but I didn’t think it felt like that at all,” Howe told Sky Sports. 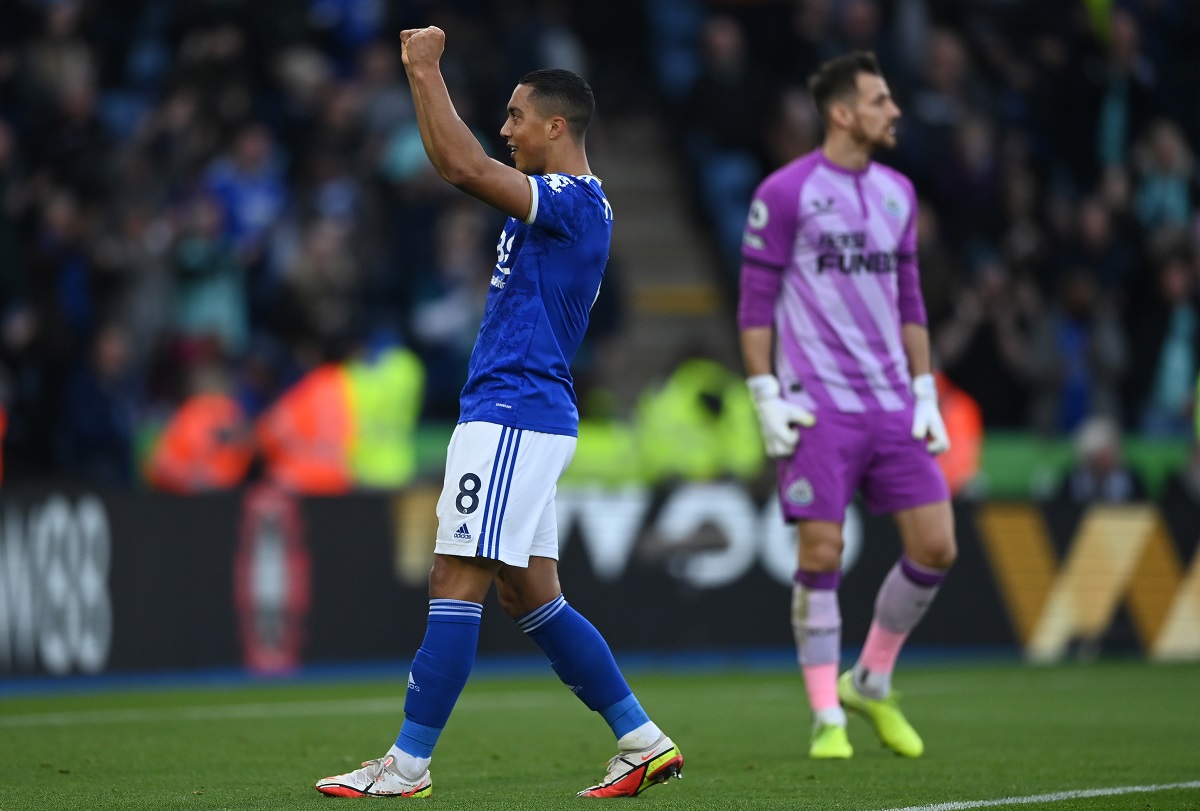 Leicester doubled their lead in the 57th minute when Maddison found Harvey Barnes who ran through on goal and laid it off for Daka to score.

Newcastle barely threatened Kasper Schmeichel’s goal and the closest they came to scoring was through Leicester defender Timothy Castagne when he overhit a back pass to the Danish keeper who had to race back and clear the ball off the line.

Tielemans got his second, hitting the ball into the roof of the net from close range, before Maddison put a gloss on the scoreline with his fourth league goal of the season. Fourth-placed West Ham United were held to a 0-0 draw at Burnley in the Premier League on Sunday with home keeper Nick Pope earning his side a point.

The Hammers, chasing a qualification spot for the Champions League. will be disappointed not to have collected three points at Turf Moor against a Burnley side who rarely threatened.

Sean Dyche’s team were solid at the back and grafted with their usual diligence but without injured Ivorian forward Maxwel Cornet they lacked creativity.

England manager Gareth Southgate was watching from the stands and saw impressive displays from Declan Rice in the West Ham midfield as well as Pope – who still carries hopes of taking over from Jordan Pickford as his country’s number one.

Pope produced a fine reflex save to keep out a first-half header from Issa Diop and again after the break to stop another header from Said Benrahma.

West Ham felt they could have had a penalty when Craig Dawson went down while challenging for the ball with Dwight McNeil but the VAR check found no foul.

David Moyes’ side were the more dangerous side throughout and Rice went close with a fierce strike which whistled just over the bar. 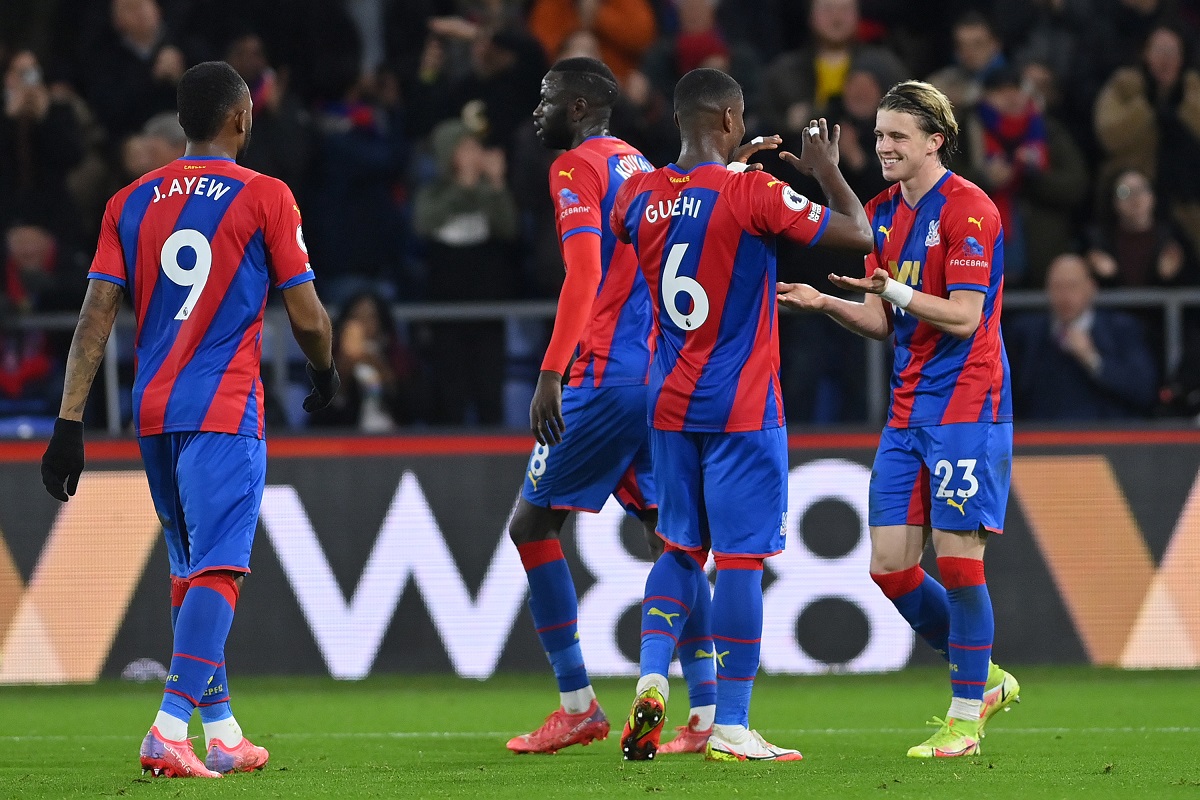 Conor Gallagher scored twice and James Tomkins was also on target as Crystal Palace arrested a run of three defeats by beating Everton 3-1 at Selhurst Park on Sunday to renew pressure on visiting manager Rafael Benitez.

Gallagher fired home four minutes before halftime as Palace took advantage of a defensive error and Tomkins stabbed home from a corner midway through the second half.

Salomon Rondon pulled one back for Everton with 20 minutes left before Gallagher whipped a stunning curling shot from outside the area into the top of the net to ensure the home side’s win in stoppage time.

The result lifted Palace above Everton in the Premier League standings as they moved up two places to 12th.

It also heaped pressure back on under-fire Benitez, who had earned some respite on Monday when Everton came from behind to beat Arsenal, but whose side have now won only one of their last 10 matches.

The win ended a run of 13 matches without success for Palace against Everton and halted a streak of recent losses to Aston Villa, Leeds United and Manchester United.

“It was really good team performance, we played with some confidence,” added manager Patrick Vieira.

“We went through a difficult period later in the game and we were under pressure but we stuck together. We can take a lot of courage from this.”