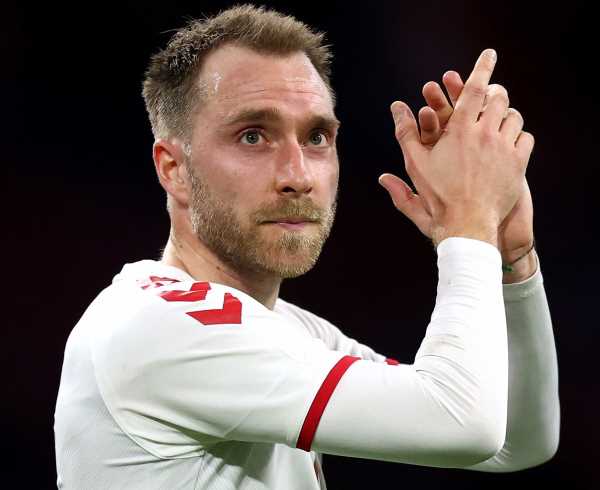 Christian Eriksen’s return to the Denmark team stole the show as he scored with his first touch after coming off the bench at the Johan Cruyff Arena on Saturday where Netherlands forward Steven Bergwijn netted twice as the hosts won 4-2.

Eriksen fired home two minutes after being sent on in the second half to cut the home side’s 3-1 halftime lead. It was 288 days since the midfielder had suffered a near-fatal heart attack on the pitch at last year’s European Championship.

Nathan Ake and Memphis Depay, with a penalty, added the Netherlands’ other goals after Jannik Vestergaard equalised with Denmark’s first in a World Cup warm-up for both countries.

Eriksen, 30, also hit the upright later in the game as he wasted no time fitting back into the Denmark side.

He had collapsed during Denmark’s Euro 2020 clash with Finland at Copenhagen’s Parken Stadium and had to have a device fitted to regulate his heart.

But he resumed his club career with Premier League side Brentford last month and won a recall to the Denmark squad.

“I was pleased to show I can still play. It feels like I’ve never been away from the team,” Eriksen told Dutch TV.

“It was a bit emotional to be back in the national team but I’ve hardly missed any games over the last 10 years so I’m like part of the family.” 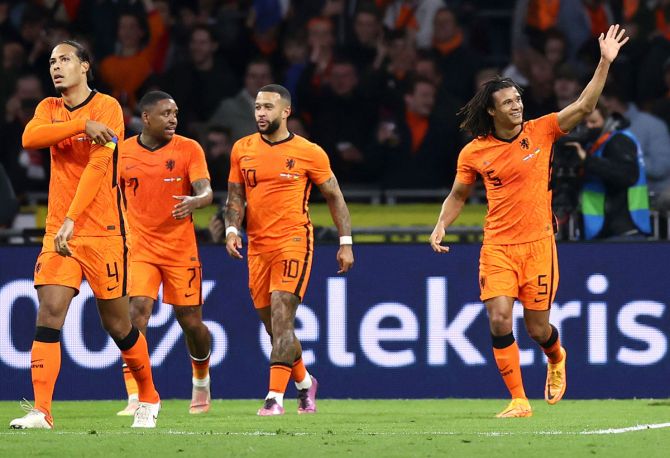 The lead lasted four minutes before Vestergaard equalised in similar fashion with Dutch debutant goalkeeper Mark Flekken hesitating in coming off his line.

The Netherlands advantage was restored in the 29th minute with another headed goal, this time by Ake who rose high above the defence to head home at the end of a corner routine that included Blind and Steven Berghuis.

Vestergaard then gave away a penalty as he caught Berghuis with a late lunge, allowing Depay to make it 3-1 after 37 minutes in what proved a frenetic first half.

Eriksen was brought on after the break as Danish injuries began to pile up with Thomas Delaney, Yussuf Poulsen and Alexander Bah all forced off.

Two minutes later Eriksen reduced the deficit in a fairytale return to the international stage, while goalkeeper Kasper Schmeichel made several stops to keep the Dutch at bay.

But he could do little about Bergwijn’s powerful finish in the 71st minute to restore the home side’s two-goal advantage and extend their unbeaten run to eight games.

“I think we did a good job and hardly gave them any chances while we made many for ourselves,” said Netherlands coach Louis van Gaal.

They next play Germany at the same stadium on Tuesday after Denmark take on Serbia in Copenhagen where Eriksen can expect a heroes’ welcome.