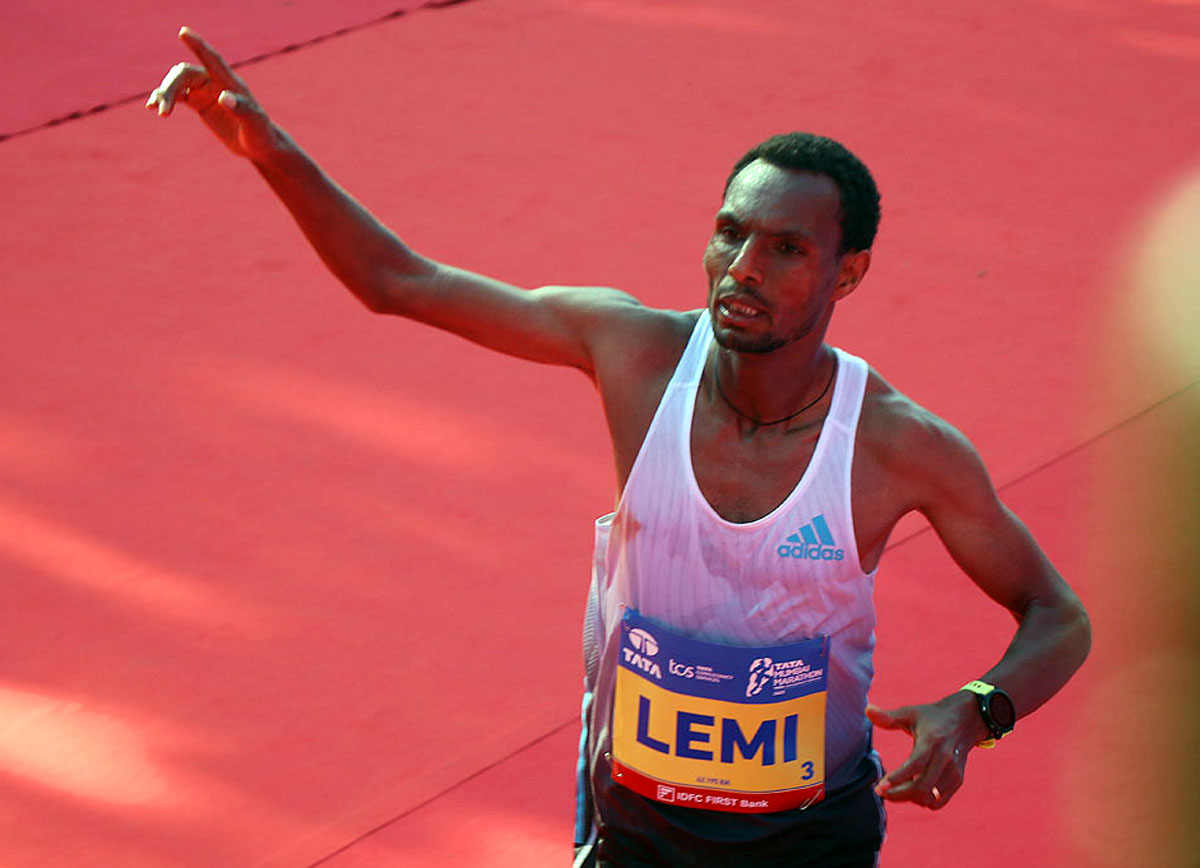 Records tumbled in Asia’s most prestigious race as the Ethiopian duo of Hayle Lemi and Anchalem Haymanot won with new course records to take home US$ 45,000 winners prize and a course record bonus of $15,000 each at the Mumbai Marathon 2023.

Lemi took advantage of the slow pace in the first half of the men’s race. The 2016 Boson Marathon winner ran alongside the defending champion and countryman Derara Hurisa, Kenyan Philemon Rono and half a dozen other runners as they passed through the iconic Rajiv Gandhi Sea Link towards the halfway mark.

Lemi, Rono and another Ethiopian Hailu Zewdu broke away from the rest of the group at the 26th kilometre. The three athletes climbed the Peddar Road together on their return journey. Lemi increased his pace while coming down to enter Chowpatty beach corner and started running on the Marine Drive well ahead of the other two. The women started their race at a fast pace and there was a keen tussle between five Ethiopian runners at the midway stage. Worknesh Alemu, the 2019 champion in Mumbai, drew from her past experience on the course to take the lead at that point. 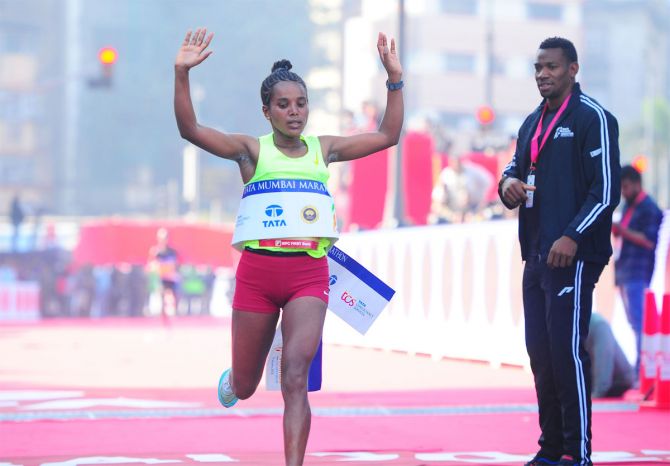 “Running along with these two experienced runners with fast timings to their credit was really a challenge, but I gained much experience from them,” Haymanot revealed during a post-race press conference.

For the first time, the podium finishers in the women’s section finished under 2:25, as Tusa (2:24:22) also finished under the previous course record of 2:24:33 held by Valentine Kipketer (Kenya) since 2013. 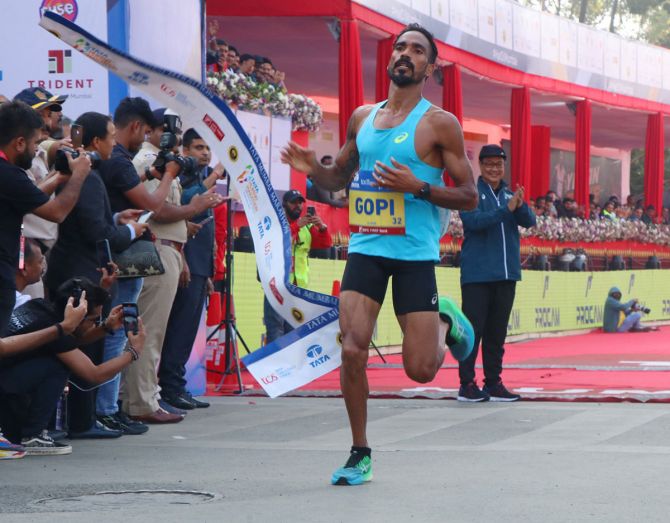 Gopi T made a winning return to competitive action while Chavi Yadav pulled off a spectacular victory on her marathon debut in the Indian race.

Olympian Gopi, the first Indian male to win the Asian Marathon Championship in 2017, clocked 2:16:41 to finish on top of the domestic Elites and 10th overall in the 18th edition of the $405,000 prize fund World Athletics Gold Label Road Race.

All eyes were on Gopi who was returning to competition after three years following knee surgery and the Army runner didn’t disappoint as he clocked 2:16:41, and was followed by Man Singh, who was 17 seconds behind, and Kalidas Hirave.

Gopi fell short of the upcoming Asian Games cut-off of 2:15 but said the win in India’s largest marathon gave him a tremendous boost.

“It felt good to be back after three years. I maintained a good pace for the first 30-odd kilometres but slowed down towards the end,” the Army runner told a news conference. “I never give up,” added Gopi, who previously won in 2018. Bhopal’s Chavi said she was running the classic distance for the first time. “I didn’t run more than 25 km even in training,” she told a news conference. Arati Patil finished second, over 10 minutes behind, and Renu Singh was third.