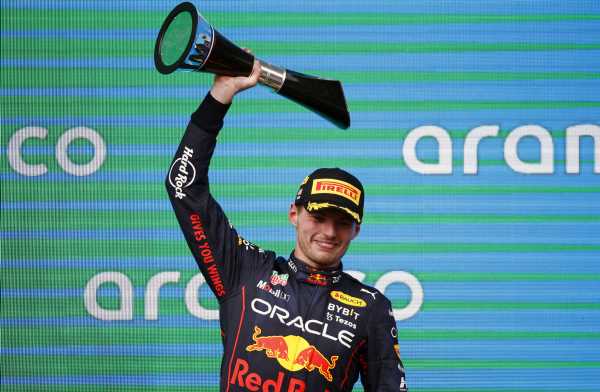 Max Verstappen fought back from a slow pitstop to win the US Grand Prix in Austin on Sunday as his Red Bull team clinched the Formula One constructors’ title a day after the death of billionaire owner Dietrich Mateschitz.

The title, clinched with three races to spare, ended an eight-year streak by Mercedes who have yet to win a race this season.

Their seven-times world champion Lewis Hamilton looked like he might do it, leading with 15 laps to go but ending up second at the Circuit of the Americas after being reeled in by Verstappen.

“That one was for Dietrich,” said Verstappen after taking the chequered flag.

The title was Red Bull’s first since 2013, when they completed a fourth successive title double with Germany’s Sebastian Vettel at the end of the sport’s V8 era.

Ferrari had needed to score 19 points more than Red Bull at the Texas track but Charles Leclerc was the Italian team’s sole finisher, fighting his way to third from 12th on the grid.

Team mate Carlos Sainz, who started on pole position, retired with a damaged car after a first-lap collision with Mercedes’s George Russell. 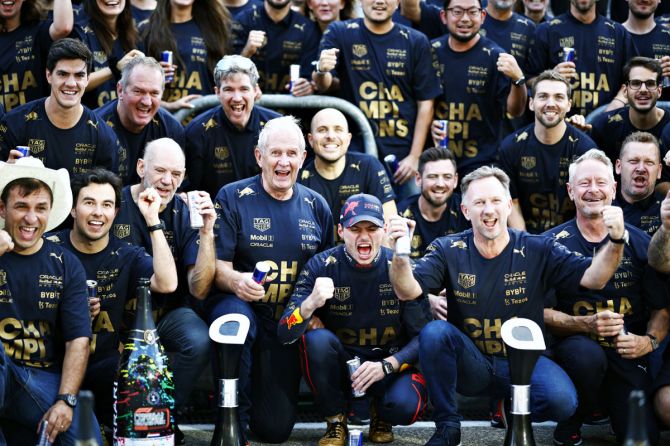 Red Bull now have an unbeatable 656 points to Ferrari’s 469.

Verstappen’s win was his 13th of the season, equalling the Formula One record held jointly with Ferrari great Michael Schumacher and Vettel, and the 33rd of his career and second in a row in Texas.

The Dutch 25-year-old secured his second title in Japan two weeks ago.

“And thank you Dietrich Mateschitz for everything that you have done for us, for this team. These championships are for you,” he added.

Verstappen seized the lead into the first corner and was in control when he made his second stop to switch from hard to medium tyres on the 36th of 56 scheduled laps.

The stop lasted an agonising 11.1 seconds with the front left wheel not tightening and mechanics scrambling for another wheel gun.

He returned to the track in sixth place, jumped by Leclerc who had also pitted and with Hamilton effectively leading in fourth since the three ahead of the Briton had yet to pit. He then set about reducing the gap with determination, passing Leclerc after a brief joust and hitting the front again six laps from the finish to cross the line 5.023 seconds clear of Hamilton.

“It was a tough one…I had to fight my way forward again. We gave it everything out there today,” said the champion.

Double world champion Fernando Alonso finished seventh for Renault-owned Alpine but, following an appeal by Haas, was handed a 30 seconds post-race penalty and dropped to 15th.

Haas objected to the Spaniard being allowed to race with an unsafe car after his side mirror flapped around and finally flew off.

Alonso had damaged his car in a collision with future Aston Martin team mate Lance Stroll, an incident that brought out the safety car for the second time. Stroll was handed a three-place grid drop for the next race in Mexico.