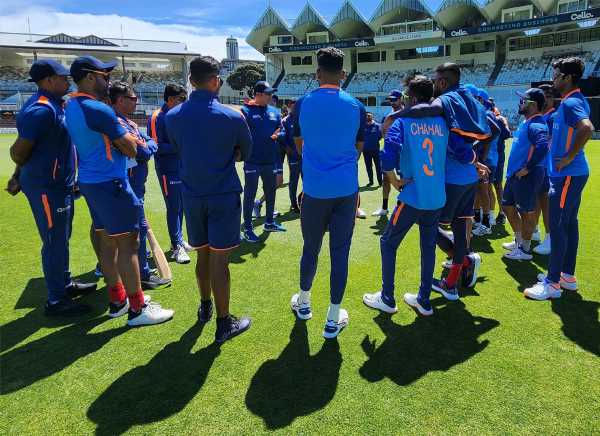 The beaten semi-finalists of the recent T20 World Cup in Australia will clash in Wellington on Friday in the first T20 International of the three-match series.

Their batting approach in the World Cup looked conservative, especially seen against eventual winners England’s swashbuckling cricket that, many believe, is the new way to play the 20-overs format.

“In the T20 format, you are required to play with that freedom, with that fearless attitude,” Laxman, substituting head coach Rahul Dravid who has been rested after India’s World Cup campaign, told reporters.

“But at the same time, it’s important to assess the condition and situation and play to fulfil the needs of the team.

“I think it’s also important to be flexible.”

For Laxman, England’s T20 success underlined the importance of having multi-dimensional players, especially bowlers who can bat.

“It’s already been proven in T20 cricket that more number of bowlers who can bat adds depth to the batting and it allows a lot of freedom to the batsmen to go out and express themselves.

“That’s the need of the format and I’m sure more and more teams will try to get that into their selection process,” added the former test stalwart.

New Zealand batting coach Luke Ronchi said going ballistic from ball one regardless of conditions was not a sound idea.

“Not only the Indians, we did it, a lot of teams actually play what’s in front of them and sometimes it means you actually have to be a bit more conservative in the way you approach games.”