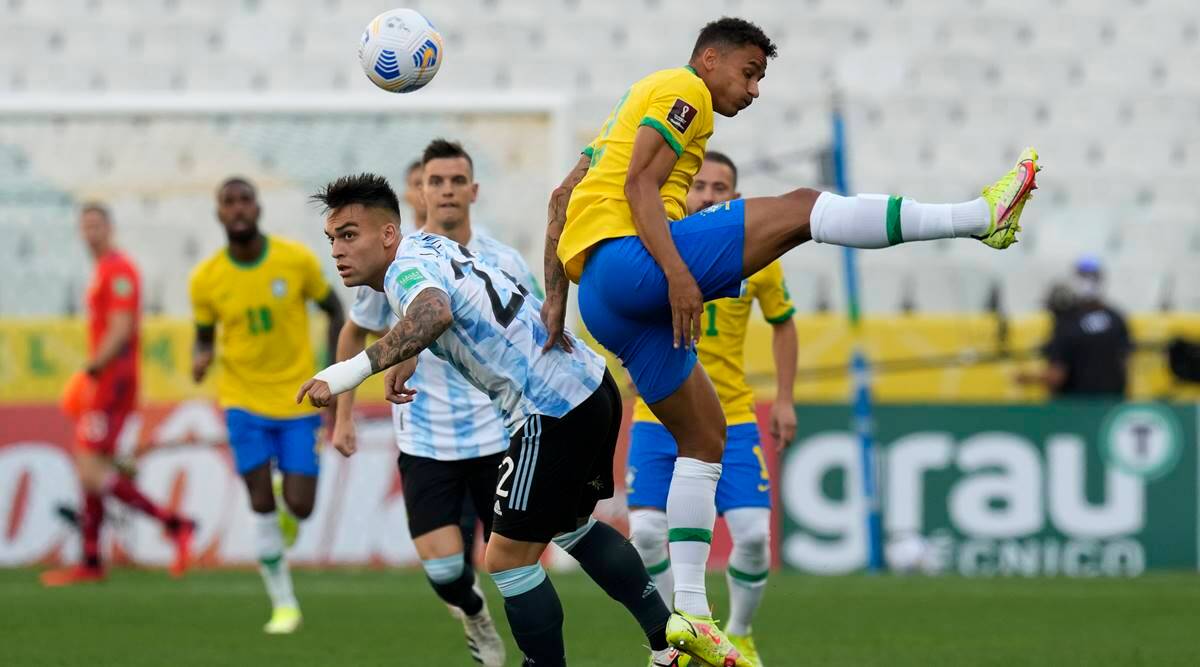 FIFA have released a statement regarding the scenes preceding the suspension of the match between Brazil and Argentina for the CONMEBOL qualifiers of the FIFA World Cup 2022.

Earlier, The World Cup qualifier between Latin America powerhouses Brazil and Argentina was suspended on Sunday night as the Brazilian Health Authorities stormed onto the pitch to detain Argentina players Emiliano Martinez of Aston Villa, Giovani Lo Celso and Cristian Romero, both from Tottenham Hotspur, for allegedly breaking Covid-19 protocols. A fourth player, Emiliano Buendia of Aston Villa, was not included in the squad.

Earlier, the four Argentine players from the English Premier League were ordered to quarantine by Brazil’s health agency ahead of the match between the South American rivals.

Above is the official statement from the Conmebol- which reads as follows: “By decision of the match referee, the match organized by FIFA between Brazil and Argentina for the World Cup Qualifiers is suspended.”