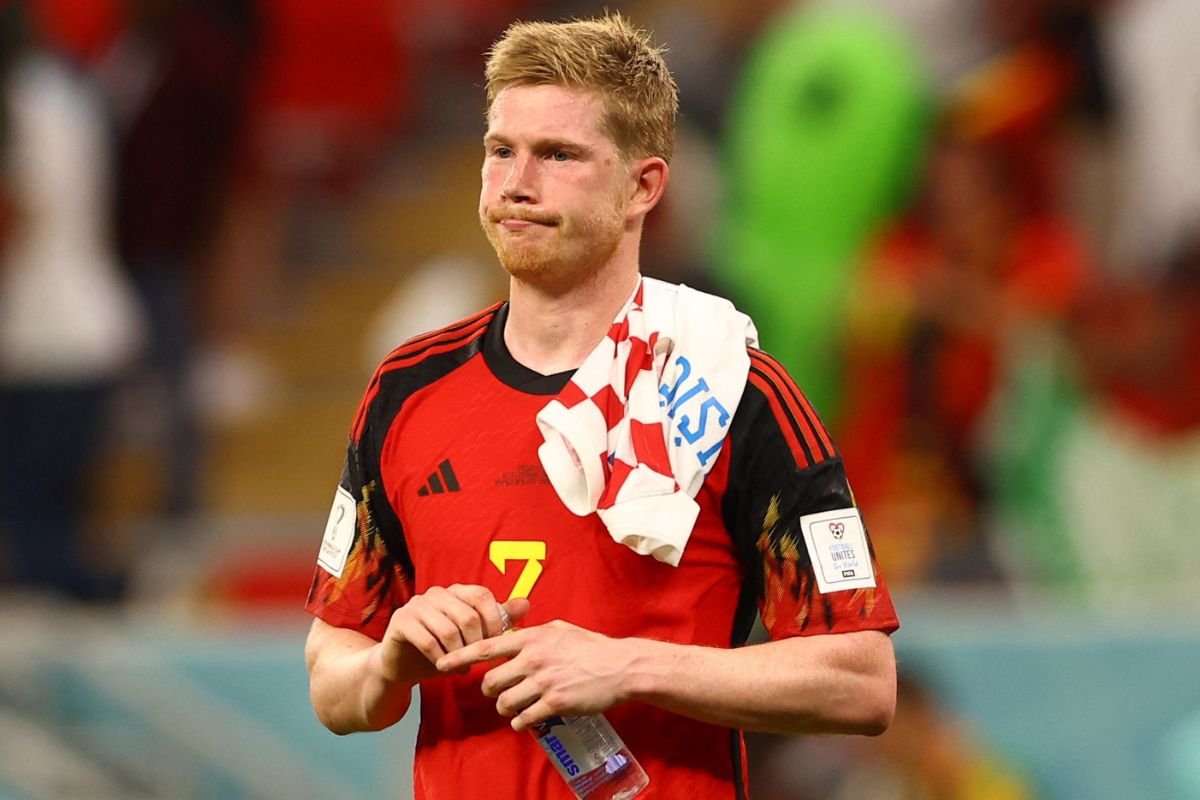 Belgium’s World Cup never got off the ground as they were unable to find the spark that took them to third place in 2018, and they spent much of their time batting away questions of infighting within the squad as they bowed out on Thursday.

Roberto Martinez’s side missed a host of chances to claim the win they needed against Croatia to advance from Group F, with striker Romelu Lukaku’s lack of match sharpness telling as they had to settle for a goalless draw and third place in the pool.

Lukaku was frustrated and in tears at the final whistle after failing to convert from just a few yards out on three separate occasions, chances he would gobble up when fully fit.

One goal scored across three matches tells its own story and while Belgium saved their best performance for last, they will be left frustrated by their lack of a clinical touch.

It looks to be the end for a generation of players that promised so much, but the memories from this tournament will be of a fractured team unable to rekindle past performances.

Curiously, senior players openly had little faith in their ability to lift the trophy, with captain Eden Hazard saying he thought their best chance of being crowned world champions was four years ago in Russia and Kevin De Bruyne suggesting their “Golden Generation” were now too old.

De Bruyne’s on-field spat with defender Toby Alderweireld over tactics in the scratchy 1-0 win over Canada summed up Belgium’s time in Qatar and fuelled the narrative that it was an unhappy camp.

It was a meek end for a group of players who had taken the country to the top of the world rankings, but have no silverware to show for it.

With 11 of their players in the squad over the age of 30, and a new World Cup cycle on the horizon, change is inevitable. Coach Roberto Martinez has also yet to sign a new contract, with his current deal expiring soon.

Too many players fell short of their usual standards, not least De Bruyne, whose poor form in the first two games robbed them of their usual cutting edge.

There were too many missing pieces of the puzzle for Belgium to succeed and that will leave plenty of questions as they close the chapter on one of their greatest teams of all time.