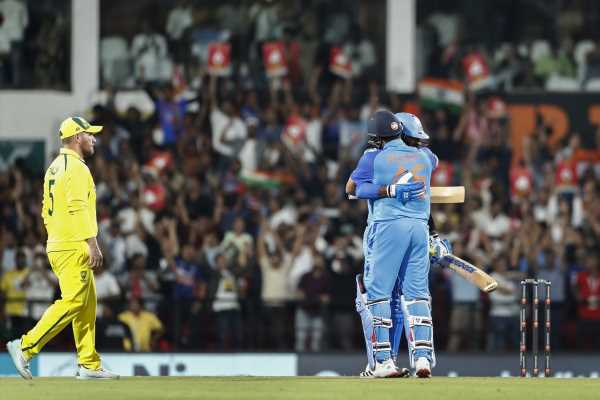 Rohit Sharma’s unbeaten 46 of 20 balls helped India chase a massive 91-run target to level the series 1-1 in the second T20I in Nagpur at the Vidarbha Cricket Association (VCA) Stadium in Nagpur which was impacted by rain.

Rohit Sharma set the tone with a power-packed unbeaten 46 off 20 balls, which included 4 fours and 4 sixes. Needing 9 runs in the last over, Dinesh Karthik blasted a six and a four off the first two balls of Daniel Sams to seal the victory.

Finch further added that Axar Patel’s two overs proved to be the difference between the two sides as Australia failed to post a 100-plus target in Nagpur. Finch heaped rich praise on Matthew Wade, saying that the wicketkeeper has really grown in the finishing role.

The Australian captain further said that when Adam Zampa took consecutive wickets, they had an outside chance and should have picked up more wickets at regular intervals to take the game away from India.

“You probably plan for 5 over games and add a little bit on to it. When you are doing all your planning for World Cups you always have them in the back of your mind. We just got out-executed a little bit towards the back end.”

“Rohit was brilliant. And the two overs Axar bowled was probably the difference in the game. Wade is such a calm customer at the back end of the innings. He did a wonderful job for us. We got close,” Finch said in the post-match presentation ceremony.