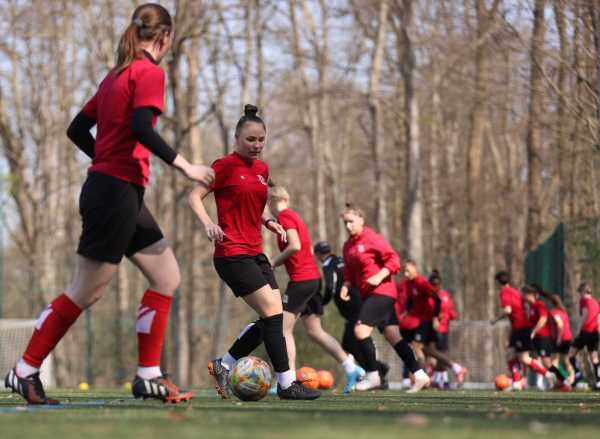 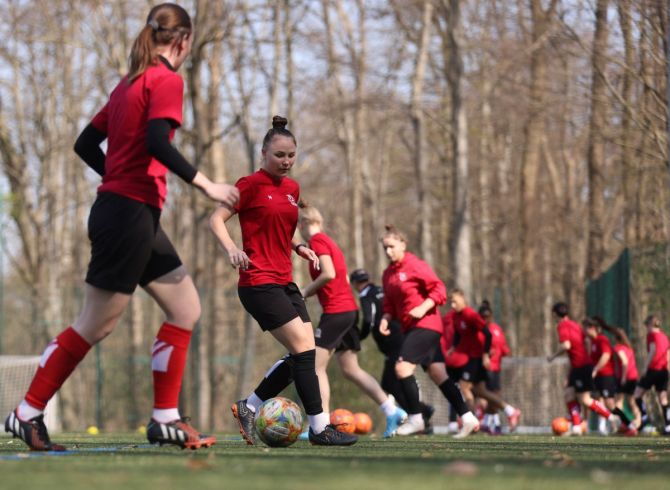 On the day Russian troops surged into Ukraine a month ago, the players of women’s soccer club FC Kryvbas were heading to the airport on their way to a training camp and games in Turkey. They had to abort the trip as Russian missile strikes hit their home city of Krivyi Rih. The players were already on the bus when rocket strikes hit the city. They took refuge in a hotel and ended up staying there for two weeks. The team eventually made their way to Germany with the help of Artur Podkopayev, a former player for the Kryvbas men’s youth teams who was living in the country and asked Cologne for help.

The players are now staying and training in Germany with support from FC Cologne, a soccer club with teams in the men’s and women’s Bundesliga competitions.The players and staff of Kryvbas have managed to stay together, but focusing on training is far from easy.

“I am very glad we arrived here with all our team, that we managed to keep the team. But honestly speaking I cannot say that football is a priority for me now,” Kryvbas midfielder Liubov Mozga said Wednesday at training.

“Peace on our land is a priority for me now.”

Kryvbas coach Alina Stetsenko’s thoughts were on modernizing fitness training and recovery, and signing new Ukrainian and foreign players to fill out a young squad in the process of a rebuild, she said on social media the day before.

Kryvbas captain Anna Ivanova said she can’t adapt to life in Germany while her family remains in danger at home.

“We are worried for our families. They are in touch, they are hiding in bomb shelters. Unfortunately there are missiles flying, the sirens turn on, so their nights are not quiet. Same way, our nights aren’t quiet as well.”