There have been countless gestures like Watford’s in the last two weeks, glimmers of kindness and empathy and care for society at large from a sport that is often accused of existing in a bubble of complacency and self-importance. 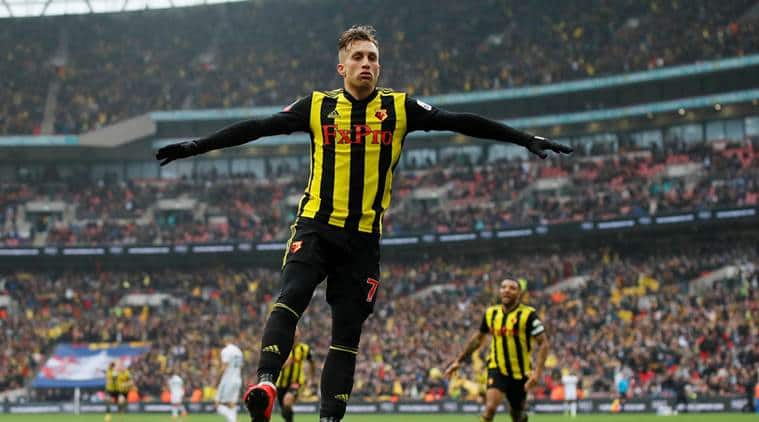 Watford General Hospital is a couple of minutes’ walk, no more, from Vicarage Road, the neat, slightly frayed home of the town’s representative in the Premier League. Head out of the Graham Taylor Stand, across the parking lot, past a row of terraced houses, and you are on hospital grounds.

Vicarage Road, like almost every stadium in the world — except, strangely, the ones in Belarus — is shuttered and idle, its quietness rendering it nothing more than one of countless monuments to the general shutdown of everyday life in the coronavirus age. The hospital, by contrast, like almost every hospital in the world, is essentially on war footing. There already had been four deaths attributed to coronavirus there as of Thursday, as Britain braced for the spike and the surge.

It made perfect sense, then, that the city’s soccer club should offer use of its stadium to the city’s hospital at a time when what it needs — what all medical facilities facing the crisis need — is empty space. Vicarage Road could provide meeting rooms, host training courses, storage, child-care facilities — whatever the hospital needed. “Whatever it takes,” Watford’s chief executive, Scott Duxbury, said.

There have been countless gestures like Watford’s in the last two weeks, glimmers of kindness and empathy and care for society at large from a sport that is often — too often — accused of existing in a bubble of complacency and self-importance.

They have come from clubs; Manchester United and Manchester City joining together to donate to a local food bank; Brighton offering free tickets to health care workers once the crisis abates and soccer is resumed. Almost every team has used its social media footprint to get the message out to stay at home.

The contributions have come from players and coaches, too: Pep Guardiola, Lionel Messi, Cristiano Ronaldo and Robert Lewandowski have all donated vast sums of money to hospitals or toward research to help the fight against the virus.

There are more, many more — too many to list, really, for fear of leaving one out. Players at Borussia Mönchengladbach and Leeds United have taken voluntary pay cuts to ensure other staff members are paid. West Bromwich Albion is among a number of teams that have promised to keep paying casual staff, the sort who work at the stadium on game days, even as there are no games to work.

The response to this, of course, is that this is the least soccer can do. It is a sport, after all, that is awash with money, a sport so rich — at its highest levels, at least — that it can fritter away hundreds of millions of dollars on fees to agents, write off seven-figure salaries as bad investments, and reward (relative) mediocrity with wealth to last several lifetimes.

And yet sports is not the only industry in which that holds true. Phil Neville, now the manager of England’s women’s team, once observed that it was only soccer that came under pressure to help out in times of crisis; the same was never demanded of the financial sector, say, where remuneration can be no less lucrative.

In Britain, at least, there is a tendency at times to contrast how much, say, nurses or soldiers are paid compared to soccer players, rather than — for example — actors or musicians or television stars. They are all part, essentially, of the entertainment industry, but some, it seems, are judged more worthy of their wealth than others. (It should be no surprise that footballers, largely working-class, are the ones castigated.)

That perspective is valid, but there is one crucial difference. Soccer — perhaps more than any other sport — sells itself, in part, on the basis of its connection to its community. Clubs do all they can to stress that they are more than just businesses, that their motives extend beyond mere capitalism, that they are simultaneously buoyant, profitable content creation enterprises and august social institutions.

All clubs try to market the idea that their location is part of their identity, and that by supporting them, you are buying in to that identity. They do so not just because, once upon a time, it was sort of true, but because that is what keeps you coming back.

It is the line that divides a customer from a fan, and a fan is a far more consistent generator of cash flow. Banks have customers. Production studios have customers. They are just businesses. Clubs are different. Clubs are more than that. Clubs have identities and meaning, thus clubs have fans.

Though they test that bond far more often than is ideal in ordinary circumstances — sky-high ticket prices, a startling lack of accountability, quite often a staggering disregard for the views of the fans — it is in moments like our current one that we expect to see the benefits of buying into the illusion.