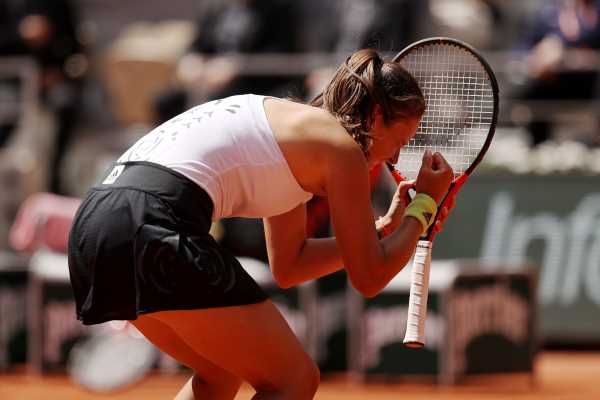 Kudermetova, playing in front of a scarce crowd, peppered the vast Philippe Chatrier stands with the ball and ultimately paid the price for a scrappy performance with 50 unforced errors – double that of Kasatkina.

“You could see that the match was a really nervous one and tight, especially the tie break,” said Kasatkina, who missed four consecutive match points before finally sealing the win.

“It’ s a very important win for me and I am happy to be in the semis for the first time. I tried to forget about the games I had lost. It is so mental but am happy that I was able to keep it.” 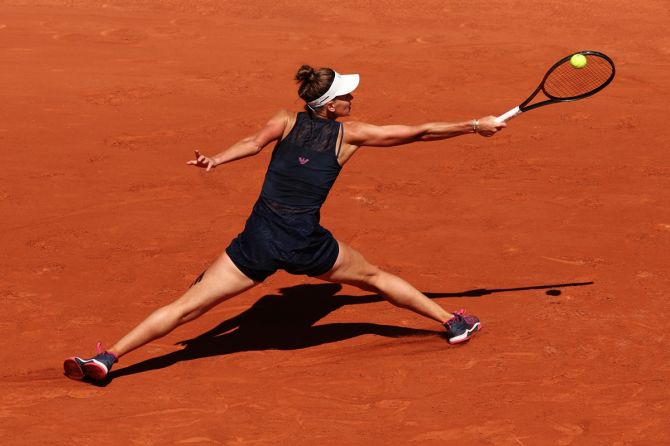 Kasatkina, the world number 20, will next play either top seed Iga Swiatek, who has dropped just one set en route to the last eight, or American 11th seed Jessica Pegula. Kasatkina has not yet dropped a set in the tournament.

In a bruising battle of the baseliners, the two 25-year-olds traded early breaks, and Kasatkina earned two more break points at 3-3.

She was denied before making amends with a sizzling crosscourt forehand two games later to go 5-4 up and serve out the set on her second set point when Kudermetova fired a wild forehand wide.

The pair again exchanged breaks in the opening two games of the second set, but Kudermetova struggled with her serve throughout and Kasatkina broke her again following a disputed line call to go 2-1 up. 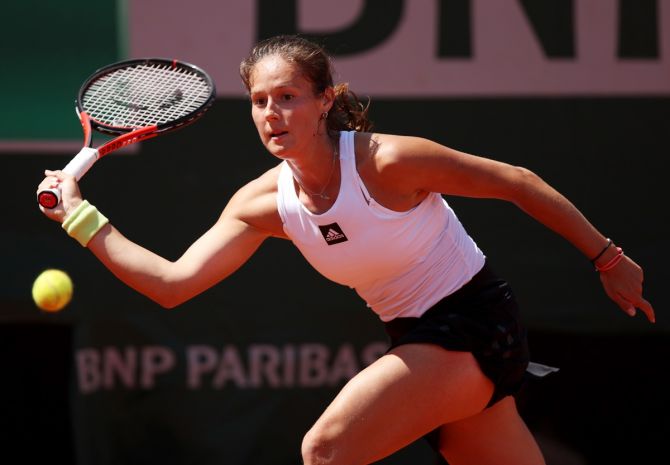 She held serve until Kudermetova levelled with yet another break to 4-4. Kudermetova then powered to a 6-5 lead after Kasatkina squandered several break points.

Despite having the advantage for the first time in the match, Kudermetova had to take a medical break to treat a foot injury and lost the next game as well as the tie-break after falling 6-1 behind.

Both players were competing as neutral athletes following Russia’s invasion of Ukraine in February. They will not be competing at Wimbledon later this month, however, after the tournament banned all Russian and Belarusian players from participating