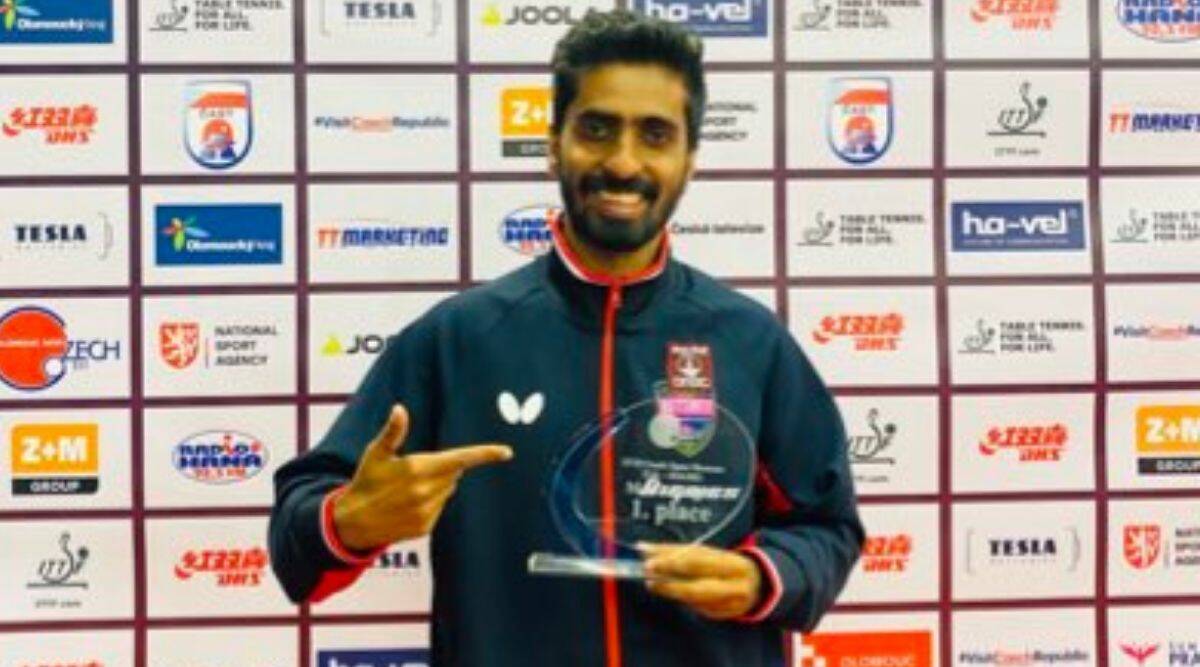 India’s top paddler G Sathiyan beat Yevhen Ryshchepa of Ukraine comprehensively and in straight sets 11-9, 11-6, 11-6,14-12 in the final of the Czech International table tennis tournament at Olomouc in Czech Republic on Wednesday night.

The Indian stormed into the final after his semifinal rival Truls Moregard of Sweden conceded in the third game due to back pain 11-4, 11-8, 8-2. Last week, the Swedish sensation had won the WTT Contender Budapest.

In the quarterfinal, Sathiyan accounted for Saudi Arabia’s Ali Alkhadrawi while in pre-quarters Sadi Ismailov of Russia was his victim and in the round of 32, the top seed overcame Tomas Koldas Czech Republic. During the entire tournament, the Chennai-born player did not concede a single set to the rivals.

This is only his third ITTF Challenger title following triumphs in Belgium Open 2016 and Spanish Open 2017.

Sathiyan said, “I’m extremely happy to win the men’s singles title in a dominant way and without dropping a set. This wait was worth it to lift my third ITTF title after a gap of four years” and thanked his personal coach S Raman, a former national champion, “for his valuable inputs and for always pushing me to break the barriers”.

In the final, the 28-year-old Sathiyan too began well as his shots – forehands, backhand and sidespins – landed perfectly as his Ukrainian rival, 36, struggled to get his acts together.

It was not Sathiyan all the way, though. In the fourth game, the Indian with a world ranking of 39 in men’s singles survived four game points against the fourth-seeded Yevhen who is world No. 111.

Last week at WTT Contender in Budapest, Sathiyan partnering Manikla Batra clinched the mixed doubles title in style. According to the latest ITTF world rankings released, the Indians are placed at 20. However, despite being top-seeded in men’s singles in Budapest, Sathiyan lost in the round of 16.

Manav and Archana were second seeds in the mixed doubles but bowed out in the quarterfinals.

In the men’s doubles, Snehit Suravajjula and Jeet Chandra lost to the English-Swedish pair of Samuel Walker and Truls Moregard in the semifinals.