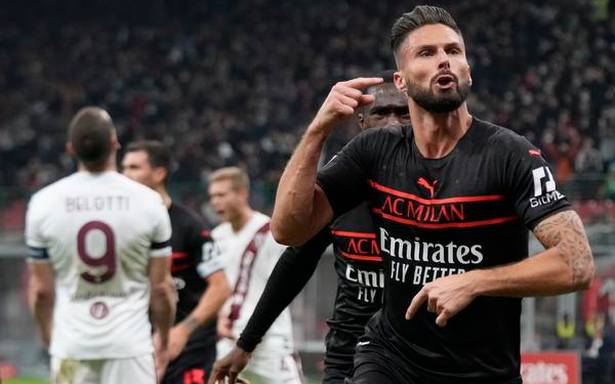 Result takes the side to the top

Olivier Giroud scored the only goal in AC Milan’s 1-0 win over Torino on Tuesday to move his side to the summit of Serie A despite an underwhelming performance at the San Siro.

France forward Giroud tapped home his fourth league goal since arriving from Chelsea in the summer in the 14th minute of a largely dreary contest to move Milan three points clear in first place.

It was a sixth straight Serie A win for Stefano Pioli’s side but a far from vintage performance against a Torino team which played its part and could have earned at least a point with some sharper finishing.

Arnaut Danjuma scored five minutes into stoppage time as Villarreal salvaged a 3-3 draw against Cadiz in the Spanish league.