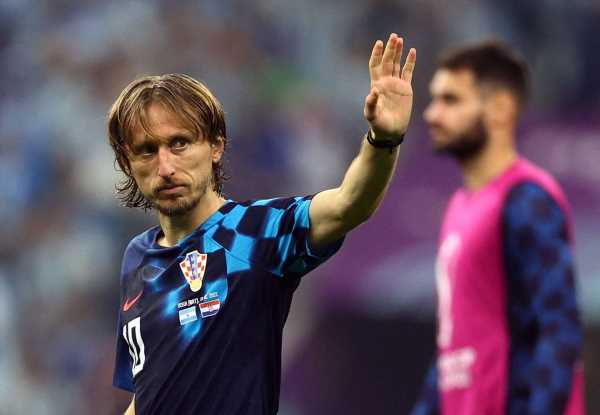 Croatia’s run to the semi-finals of a second consecutive World Cup was nothing short of remarkable for the small Balkan nation — with a population of only 4 million — and even Tuesday’s 3-0 defeat by Argentina does not overshadow their achievements on football’s biggest stage. Croatia, who finished runners-up in 2018, may have seen the last of many players from their ‘golden generation’, with 37-year-old Luka Modric receiving a standing ovation when the former Ballon d’Or winner was substituted. Croatia tried their best to control their World Cup semi-final but a vintage performance from Argentina Skipper Lionel Messi took the game away from them.

Modric, who will now look to help his team finish third in the tournament, called out Italian Referee Daniele Orsato’s performance. Modric slammed the referee for awarding a penalty to Argentina in the FIFA World Cup semi-final, saying ‘He is a disaster’ and ‘one of the worst’. Putting aside his World Cup dream being shattered, Modric wished Messi well as the 2022 tournament is the last chance for the Argentine to get his hands on the coveted World Cup trophy, the only title missing from his illustrious career. Modric, regarded as one of the best midfielders to ever play the game, won’t probably play at the tournament after Saturday. In 2026, he will be 41, too old for the tough routine required of a player of his quality.