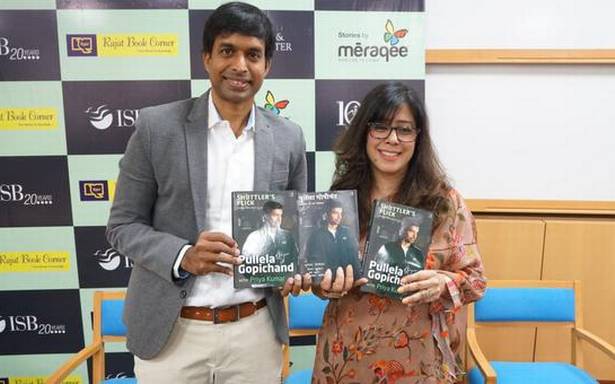 My work doesn’t start and end on the court, says the champion shuttler

Later, Telangana Minister K.T. Rama Rao, who is also the president of Telangana Badminton Association, engaged the former All England champion in a conversation tracing Gopi’s journey into the world of badminton as a player and coach and as a human being.

“My work doesn’t start and end on the court, it continues off it too. I keep challenging myself by not making the routines, discipline and training boring. I try to introduce variables, challenges and sometimes even fun to keep the players enthusiastic about the game as well as to not let their bodies slip into a comfort zone,” Gopi quoted from his book.

He said it was virtually impossible to make it to championship level without a coach in any field, sports included. “You may be able to hit your target once, but to hit it 100 times you need structured practice,” he added.