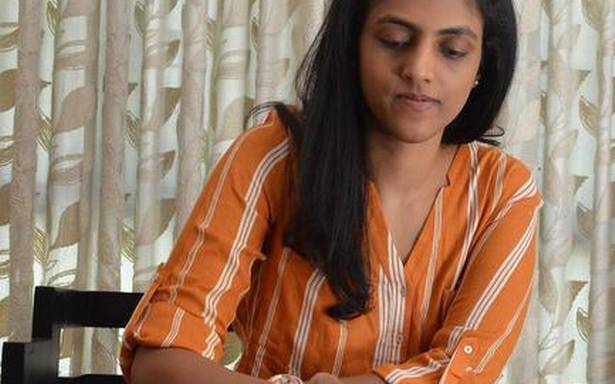 Indian chess ace Dronavalli Harika could not break through the defences of lower-rated German Elisabeth Paehtz in the 10th round to slip to joint third with 6.5 points in the FIDE Women’s Grand Swiss chess tournament here.

Harika was up against Paahtz on the second board in a Alapin Variation of the Sicilian. The Indian GM got a promising endgame but missed her chance to put the German to a serious test.

After Harika opted for natural exchange of the bishops, the game quickly transitioned to a drawn rook ending. The two agreed to split a point on move 31 and both are on 6.5 points after the 10th and penultimate round.

She is followed by compatriot Zhu Jiner in second place with seven points and five players with 6.5/10 are tied for third place.

Among the other Indian women, Vantika Agrawal and Divya Deshmukh scored wins over Nataliya Buksa and Jesse Nikki February, respectively.

Vantika is on six points, while Divya took her tally to four points after the 10th round.

In the Open event, young GM D. Gukesh and the veteran Surya Shekhar Ganguly were the only winners in the round.

K. Sasikiran, who was among the leading pack for a few rounds, lost to Russia’s Andrey Esipenko to slip to joint fourth with six points with a bunch of players including fellow Indians Nihal Sarin and P. Harikrishna.

In a clash of generations, veteran Kiril Georgiev (55) lost to 15-year-old D. Gukesh.

In a Ragozin Variation of the Nimzo Indian, Gukesh managed to create a so-called Octopus – a strongly positioned knight – who, following the shape of the letter ‘W’, made his easy waltz from b3 via c5-d3-e5 to f3, where he landed a devastating blow to White’s defences.

Gukesh meets compatriot GM R. Praggnanandhaa in the 11th and final round. Both are on 4.5 points.

Alireza Firouzja has recovered from his loss to Fabiano Caruana on Friday by defeating David Howell in the crucial game of the tenth round of the Grand Swiss.

With this victory, Firouzja has 7.5/10 and is entering the final round with a half-point advantage over everyone else. He is followed by Fabiano Caruana and Grigoriy Oparin who are on 7/10.

Ten Indian men and five women feature in the tournament.

The Grand Swiss Tournament and Women’s Grand Swiss 2021 are part of the qualifications for the 2021-23 World Championship cycle. The top two finishers will qualify for the Candidates Tournament 2022.