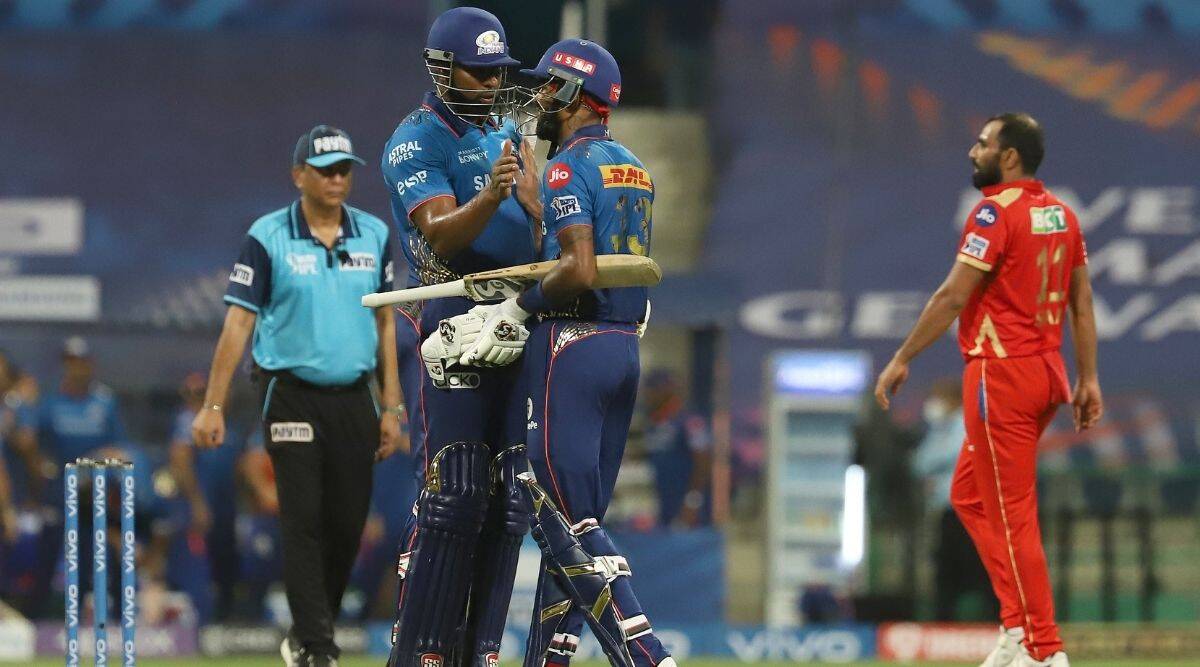 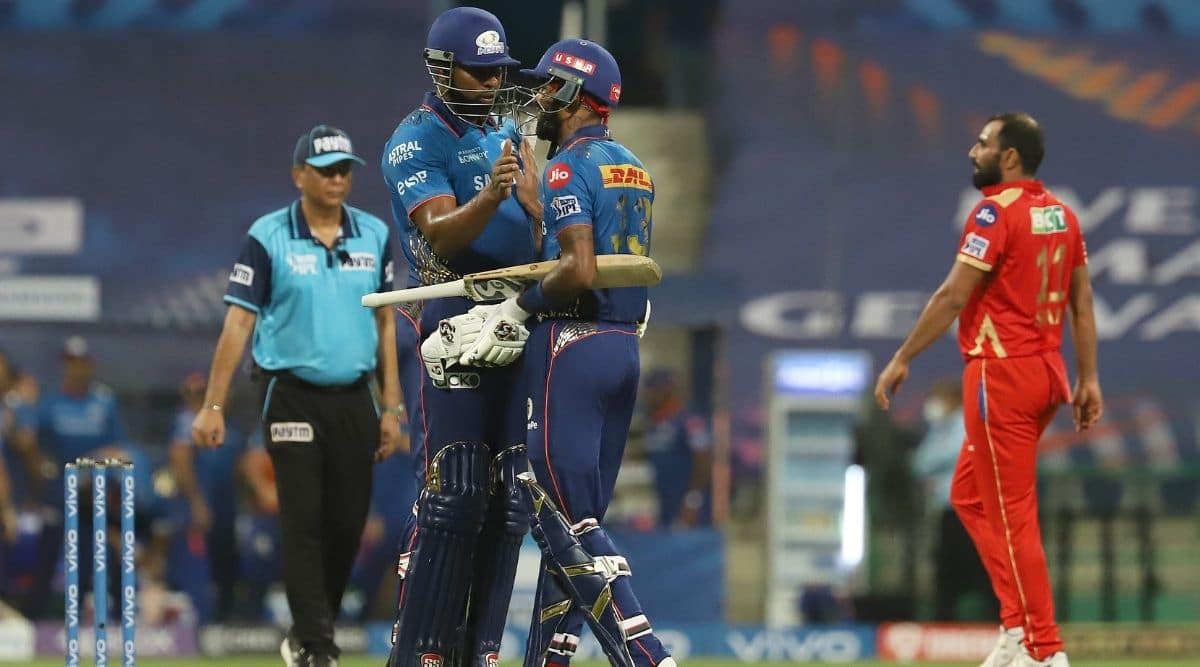 For the umpteenth time in their history, Mumbai Indians grabbed a match from the jaws of defeat, just as Punjab Kings snatched defeat from the brink of victory. In the end, Mumbai was more desperate for the win — one that kept them in the play-off hunt.

Just four overs remained for Mumbai Indians to blast 40 runs on a sluggish surface to beat Punjab Kings and keep their play-off hopes afloat. Hardik Pandya, until then, had looked laboured and lacklustre, his shots lacking punch and his feet rebelling against his mind’s designs. But, as the well-worn cliche goes, it takes just a shot, or a ball, to retrieve the lost touch, or tattered morale.

Hardik had to wait for the 18th ball he faced. The ball after he had copped a blow from Mohammed Shami, he backed away and sledgehammered a shot through midwicket. A blow so powerful that Shami looked crestfallen. Touch reignited, Hardik flicked the next ball, all bottom-hand and whirring wrists, beyond the walls of the city. A short so majestic that Shami looked stupefied. From thereon, it was evident that no matter how hard Punjab would try to force a win, even if they threw everything they had at Mumbai, stopping Hardik, or Mumbai, was impossible.

Eventually, and irresistibly, Mumbai hauled the target with an over in the bank, Hardik providing the finishing touches with 16 runs off Shami’s last over. Soon after Shami has struck him on the body, he had queried out of genuine concern if he was alright, but in the end Hardik would have to ask his India colleague whether his onslaught had left him tattered. It’s the destruction Hardik could wreak — at one stage, he was 12 off 16, he ended up with 40 off 30.

Not to forget Kieron Pollard, whose six and four in the 18th over bowled by Arshdeep Singh were critical in the context of the game, as well as his match-changing bowling cameo.

Pollard the bowler is antithetical to Pollard the batsman. Pollard the batsman is all smouldering violence. Biff, blast, bludgeon, he does to any ball in his hitting arc, which extends from extra cover to mid-wicket. A T20 strike rate of 154 testifies. Pollard, the bowler, though is different. Grind, graft, grate he does to get his wickets. That it took him 500 T20 games to complete 300 wickets attests.

Of late, the West Indian has been a reluctant bowler — he had bowled just 55 balls this IPL season before Tuesday’s game. Maybe, at 38, he needs to preserve his shoulders for the hacks and heaves. But the slow, low wicket of Abu Dhabi was irresistible — the sort of wicket on which his cutters and floaters could be rewarding. It indeed turned out to be the case.

Just after the Powerplay, Pollard trundled in. These days, his run-up is a stroll — he could walk his run-up and still produce as much pace. But the accuracy, sharpness and smarts remain. Twice he illustrated the amalgam of these understated virtues that had starred in most of his triple century of wickets.

He knew his fellow Caribbean Chris Gayle inside out. What he likes and what he dislikes. Gayle likes pace. He loves width. Pollard gave him neither. He fired one into his body —angling away from him a touch, good-length on middle-stump. Gayle, prematurely, opened up, took out his front leg, looking to unfurl a short-arm pull over long-on. But Pollard had dropped a few yards of his pace on this ball (from late 120 kph to 115 kph) so the ball arrived slower at Gayle. The scrambled seam gripped the surface and stopped on him a trifle. Three balls later, Pollard unfurled the killer blow, the unkindest cut off all for the Kings, the wicket of KL Rahul. He, like Pollard, misconstrued that the ball was there to be pulled, but it was again a slower one with a scrambled seam. Rahul miscued. It’s the funny thing about pull shots — you could neither be late nor early.

Pollard didn’t bowl another over. But the two blows, more or less, stalled the designs of Punjab. They didn’t quite have the resources to recover and post a serious challenge. It was the brand of wicket wherein batsmen were required to invent and improvise, by disrupting the lengths and dishevelling lines of the slower bowlers. Punjab Kings didn’t have the breed of batsmen who could unleash a sandstorm of pyrotechnics — they had either the classical ones or the slugging ones. It was the sort of pitch tailored for Pollard’s cameo with the ball. And for Pandya to unleash mayhem.