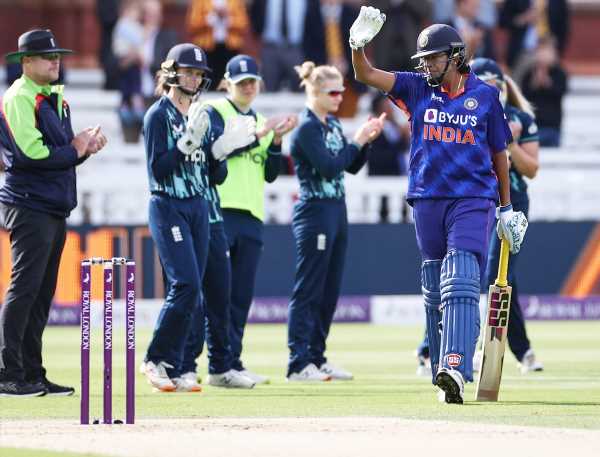 Playing her last international match of an illustrious career, Indian women’s team seamer Jhulan Goswami received a guard of honour when she walked out to bat against England in the third and final ODI in London on Saturday.

Coming out to bat at number nine in the 40th over of the match, the 39-year-old Jhulan saw the English cricketers lining up two sides at the iconic Lord’s to pay a tribute to one of women’s cricket’s biggest ever players. 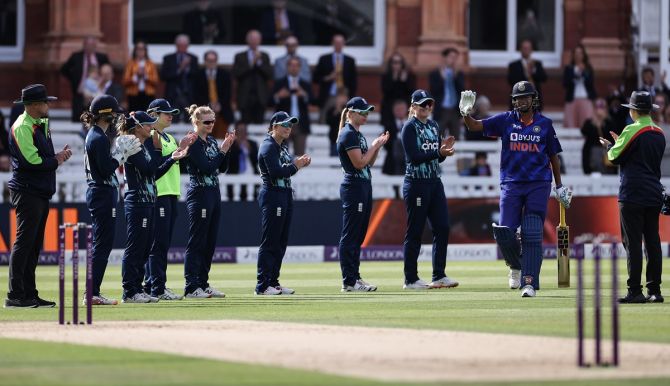 Touched by the gesture, Jhulan raised her right hand in gratitude to accept the honour by English players, who were seen clapping. There were loud cheers and claps from the spectators as well for the player, fondly known as Chakdah Express.

England Cricket also had a message for Jhulan and called her an inspiration for aspiring cricketers.

“For over 20 years Jhulan Goswami has run in, hit a length and blazed a trail. She has bowled nearly 10,000 balls in ODI cricket, and she may just have inspired as many young girls to try cricket. Thanks @JhulanG10, you’re an inspiration,” said England Cricket in a tweet.

India, who have an unassailable lead of 2-0 in the three-match series, though were struggling at 148/7 when the legendary pacer came out to bat.