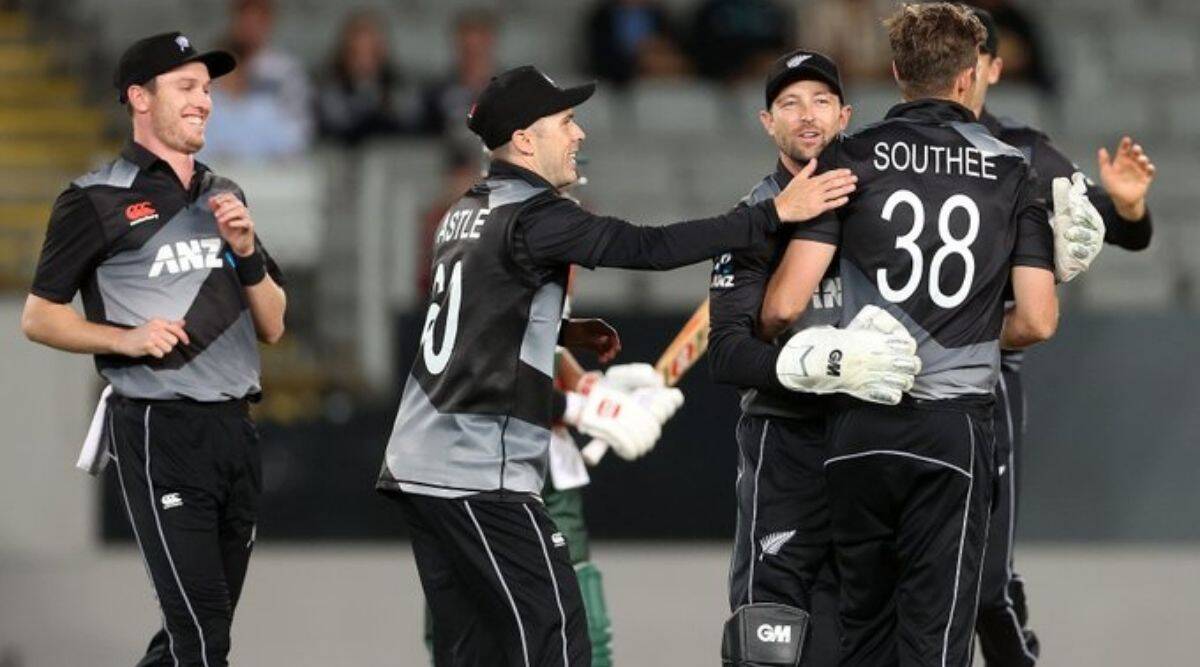 Allen, who only two matches ago made a golden duck on debut, raced to a half century from 18 balls — the second-fastest by a New Zealander in T20 internationals — as New Zealand made 141-4 after being sent in. 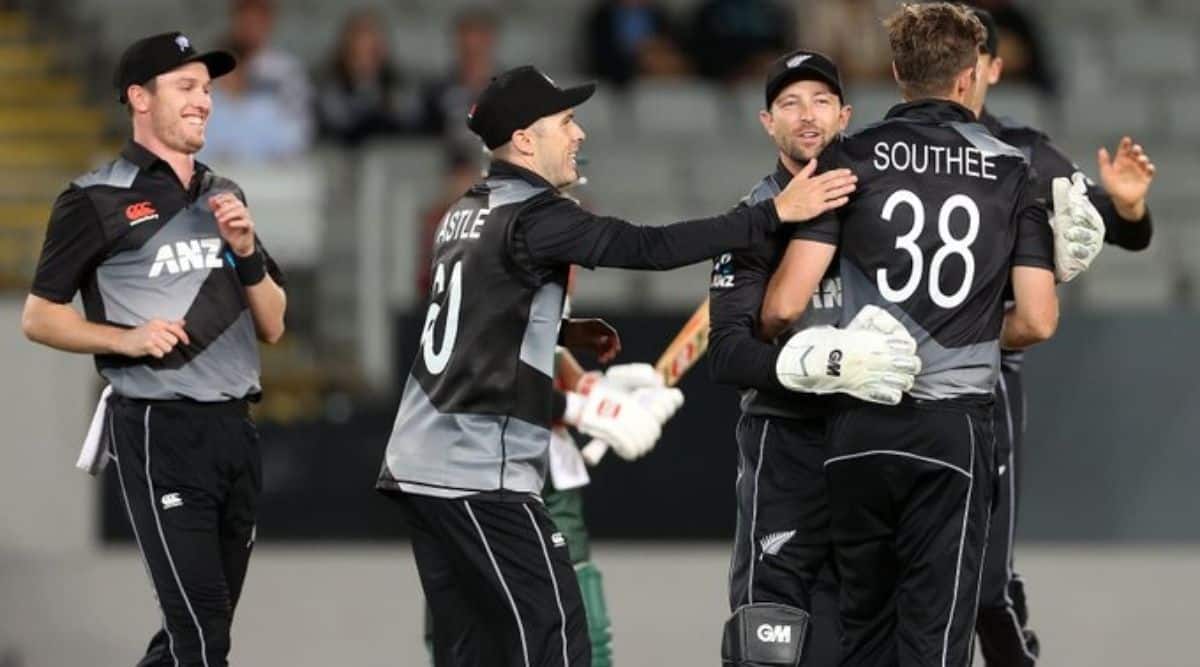 Rookie Finn Allen made 71 from 29 balls as New Zealand beat Bangladesh by 65 runs on Thursday in the third Twenty20 cricket international, reduced by rain to 10 overs a side.

Allen, who only two matches ago made a golden duck on debut, raced to a half century from 18 balls — the second-fastest by a New Zealander in T20 internationals — as New Zealand made 141-4 after being sent in.

Bangladesh didn’t seriously challenge and was bowled out for 76 in 9.3 overs.

Leg-spinner Todd Astle, playing only his fourth T20 international for New Zealand since 2016 and his first in almost 18 months, took 4-13 from the two overs he was allowed. In the reduced match, bowlers were permitted two overs each and the power plays were only three overs.

Rain delayed the start until after 9 p.m., leaving just enough time to cram in a 20-overs match. In its limited form, Thursday’s match came down to pure power hitting, which is New Zealand’s forte.

“It was good fun,” Allen said. “We wanted to give ourselves a bit of a chance at the start and then take it from there. I just tried to look at it as another game of cricket, stick to my processes and keep watching the ball, trying to hit it hard as I’ve tried to do all season.”

Allen’s partnership with Guptill set the tone for the New Zealand innings. Guptill faced all of the first two overs making 23 runs. Allen then hit three fours and a six in the third over to take New Zealand to 43-0 at the end of the power play.

New Zealand was 69-0 after five overs. Guptill hit two sixes and a four from the first three balls of the sixth over before falling to Mahedi Hasan.

Allen’s 50 came in the seventh over with eight fours and and two sixes and New Zealand’s 100 followed from 6.5 overs.

Phillips and Mitchell kept up the pace before Allen was out in the final over.

Tim Southee dismissed Soumya Sarkar (10) and Liton Das (0) with the last two balls of the first over, increasing the pressure on Bangladesh, which needed to score at more than 14 runs per over.

Astle then removed Mohammad Naim (19) and Najmul Hossain Shanto in the fourth over and Afif Hossain and Mahedi Hasan in the sixth over as the Bangladesh innings fell apart.

Southee missed his hat trick but finished with 3-15 and the speedsters Adam Milne and Lockie Ferguson, operating in tandem for the first time, each took a wicket. Phillips again made a valuable contribution with his off-spin.

“We’re not playing good cricket in batting and fielding,” said Das, the Bangladesh captain. “We bowled well every game. In the sub-continent we are a good team, but on a bouncy wicket we are a little on the back foot.”

New Zealand had already clinched the three-match series by winning the first match by 66 runs and the second 28 runs.

In total, New Zealand won 17 matches and lost three. It’s 2-0 test series wins over Pakistan and the West Indies propelled it into the World Test Championship final in June against India at Somerset.

New Zealand also increased its winning streak at home against Bangladesh to 31-0 across all three formats.