At least 174 people were killed and around 180 injured at a soccer match in Indonesia after panicked fans were trampled and crushed trying to flee during a riot, authorities said on Sunday.

At 8 pm local time on Saturday, a match between Arema FC and Persebaya Surabaya kicks off at the Kanjuruhan Stadium, Malang in East Java, Indonesia.

Shortly before 10 pm the match ends with the home team Arema losing 3-2 to Persebaya Surabaya. 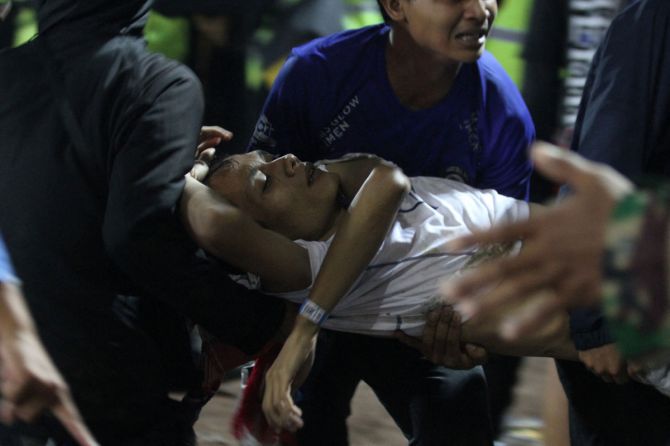 After the referee blows the final whistle, angry supporters from the home side invade the pitch. Video footage shot by a Reuters witness shows fans clashing with police on the pitch.

The police chief says a crush occurs at gate 10 in the stadium. Screams can be heard near the exit gate as fans attempt to flee with women and children among those caught in the crush, according to an account on Twitter posted by a fan. Video footage on local channels shows fans who appear unconscious being carried out of the stadium.

Outside the stadium, supporters and police were involved in more clashes, with videos and photos circulated on social media showing police cars burnt.

The country’s chief security minister, Mahfud MD, in an Instagram post says the stadium filled beyond its capacity. He says 42,000 tickets had been issued for a stadium that is only supposed to hold 38,000 people. 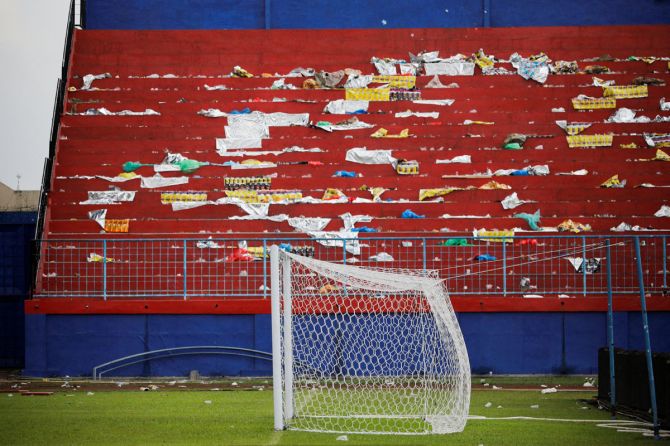 On Sunday morning, President Joko Widodo in a video address, orders the football association to suspend all matches in the country’s top league, BRI Liga 1, until an investigation into security at matches is wrapped up. 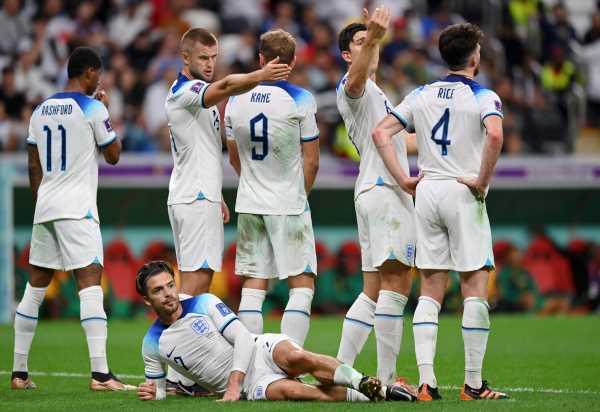