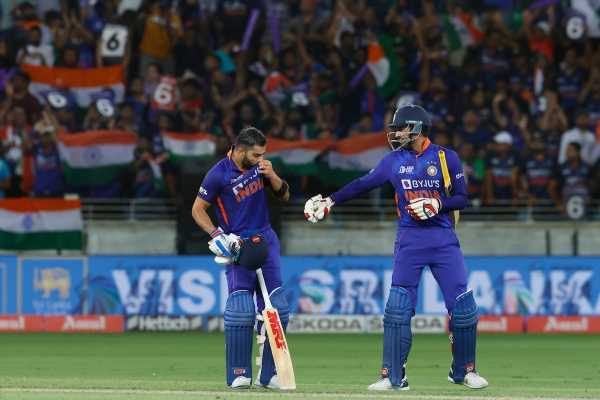 Pakistan avenged their group stage defeat by beating India in their first match of the Asia Cup 2022 Super 4 stage on Sunday.

India posted 181 on the board after a welcome fifty from Virat Kohli, his second in the ongoing Asia Cup campaign.

Off just 44 balls, Kohli smashed a magnificent 60, including four boundaries and a six. He hit a six over deep midwicket to reach the 50-run milestone.

Sharing a picture from the moment when hubby hit the half century, Anushka Sharma dropped a red heart emoji on Instagram Story. Kohli has so far scored 154 runs in three matches of the Asia Cup. In the previous match against Hong Kong, he scored an unbeaten 59.