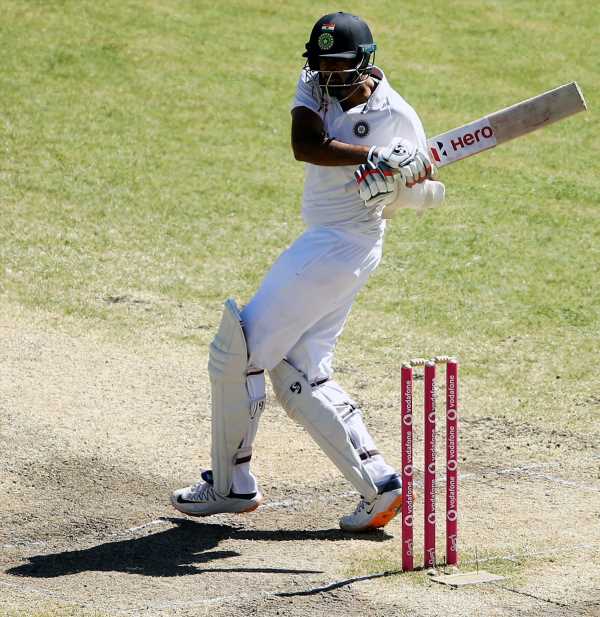 ‘He could not stand up straight when he woke up this morning. Could not bend down to tie his shoe laces.’ Ravichandran Ashwin battled a severe back pain as he in the company of Hanuma Vihari defied Australia on the fifth and final day to help India snatch a remarkable draw in the third Test in Sydney, on Monday.

Ashwin’s wife Prithi revealed that the spinner was in so much pain in the morning that he wasn’t even able to stand up.

“The man went to bed last night with a terrible back tweak and in unbelievable pain. He could not stand up straight when he woke up this morning. Could not bend down to tie his shoe laces. I am amazed at what @ashwinravi99 pulled off today,” Prithi tweeted.

Ashwin battled hard despite receiving a few blows, to finish unbeaten on 39 from 128 balls, while Vihari, clearly hampered having pulled up clutching his hamstring after running for a single before tea, made 23 from 161 deliveries. The duo frustrated Australia for nearly two sessions as they put on an unbroken stand of 62 from 258 balls.

“Doesn’t matter if you are bruised and battered, just hang in there and you will have an opportunity to fight another day!! Test cricket teaches you life!! #SydneyTest A big thanks to my team and well wishers,” tweeted Ashwin.

The series is level at 1-1 with the fourth and final Test in Brisbane from Friday, December 15.

Ashwin hailed his partner Vihari, claiming that his innings was equal to scoring a century.

“After Pujara and Pant’s wicket and with Vihari injured, it was going to be difficult to go for a win. Touring Australia is never easy so Vihari can be proud of himself. It was a knock equal to scoring a hundred,” Ashwin told Channel 7.