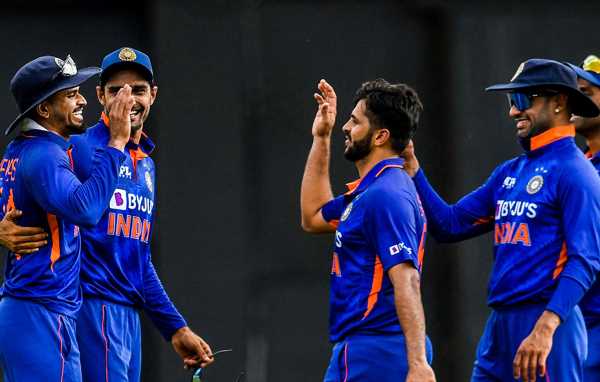 Axar Patel blasted a quickfire half-century to power India to a thrilling two-wicket victory in the second ODI against the West Indies at Port of Spain, Trinidad, on Sunday, which helped the visitors clinch the three-match series 2-0.

Axar smashed an unbeaten 64 from 35 balls, hitting five sixes and three fours as India chased down 312 with four balls to spare in a close finish.

The Indians were a delighted lot after the triumph as Captain Shikhar Dhawan led the celebrations in the dressing room.