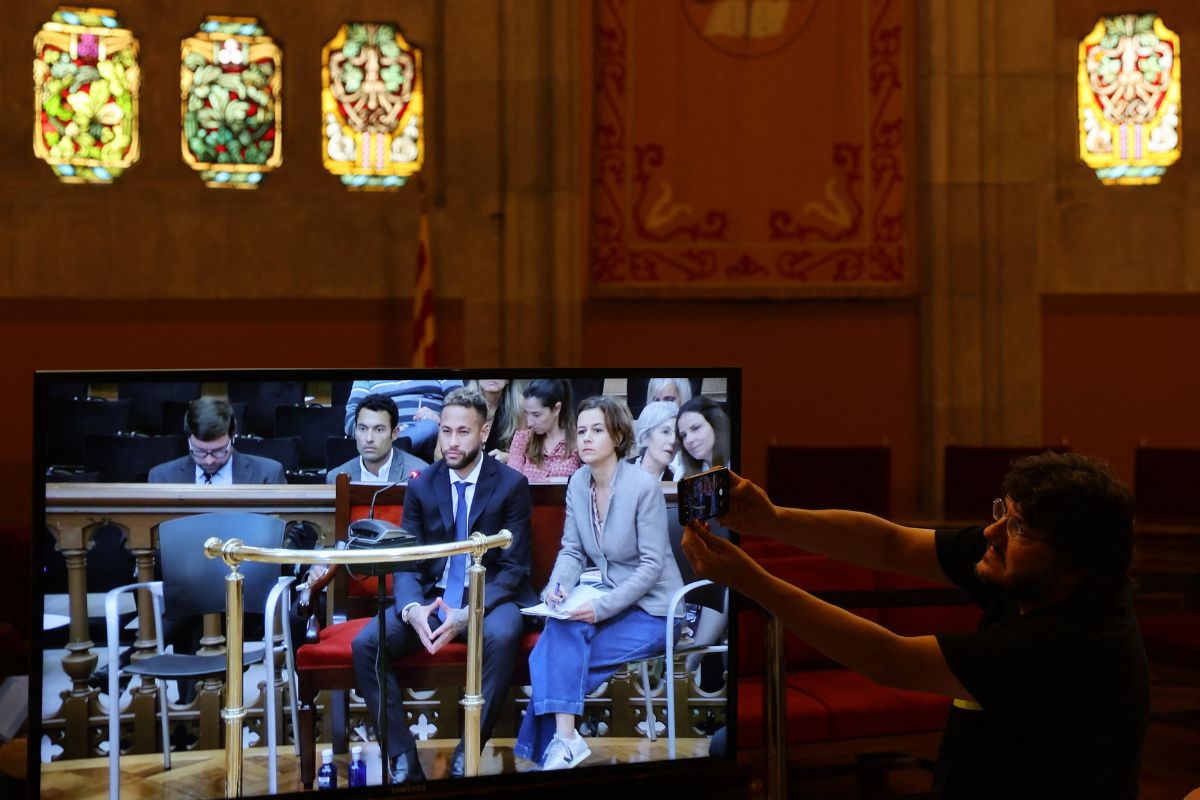 Brazil soccer star Neymar Jr told a court on Tuesday that he did not participate in negotiations over his transfer to his “childhood dream” club Barcelona from Santos in 2013, but had signed what his father had told him to.

Along with Neymar, eight other defendants are on trial for fraud and corruption charges over the transfer, including his parents, representatives of the two clubs, former Barca presidents Josep Maria Bartomeu and Sandro Rosell, and former Santos president Odilio Rodrigues.

All the defendants have denied any wrongdoing.

“I didn’t participate in the negotiations. My father always took care of it and always will. I sign everything he tells me to sign. “Playing for Barcelona was always my dream, a childhood dream.”” Neymar told the court in Barcelona in his first testimony in the trial that began on Monday.

The case centres on an allegation made by Brazilian investment firm DIS, which owned 40% of the rights to Neymar when he was at Brazil’s Santos, stating that it lost out on its rightful cut from the transfer because the value of the deal was understated.

Spanish prosecutors are seeking a two-year prison term and a 10 million euro ($9.8 million) fine for Neymar. They are also seeking a five-year jail term for Rosell and an 8.4 million euro fine for Barcelona.

A court document released in July, alleges that Barcelona initiated negotiations in 2011 with the player, paying him 40 million euros to ensure his move when his contract with Santos expired in 2014 and thereby preventing other clubs from signing him.

“Our intention was to prepare a career plan for him in Europe, which we had in place already, so he could learn the language, etc. And knowing his dream to play for Barcelona, we signed that priority agreement with them,” the player’s father, Neymar da Silva Santos, told the court.

None of the defendants who are representatives or former figures at the clubs have given their evidence yet. Neymar and his parents had the right not to testify but decided to do so, answering questions only from the prosecutor and from their own lawyers.

Real Madrid president Florentino Perez, appearing as a witness via video link, told the court that his club had made offers of 45 million euros in 2011 and 36 million in 2013 to sign Neymar, but the player chose to join Barcelona instead.

Law firm Baker McKenzie, which is defending Neymar, who joined Paris St Germain in 2017, and his family, has said in a statement that it will argue that the Spanish courts lack jurisdiction because the transfer involved a Brazilian national in Brazil.

Neymar’s lawyers say that competition rules relate to products and services and do not apply to the transfer market.