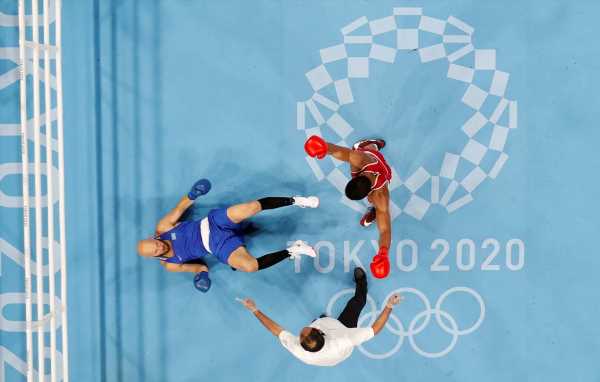 ‘The various IOC concerns around the governance of the IBA, including the refereeing and judging process and its financial dependency on the state-owned company Gazprom, are still ongoing.’

The International Boxing Association will not be in charge of the boxing competition at the Paris 2024 Olympics or qualifiers for those games, the IOC said on Friday.

The IOC had stripped the IBA in 2019 of its involvement in last year’s Tokyo Olympics due to governance, finance, refereeing and ethical issues. The sport was also not included in the initial programme for the 2028 Los Angeles Games.

“(The decision) follows the continuing and very concerning issues of the IBA, such as its governance and its refereeing and judging system,” the Olympic body said in a statement after an executive board meeting.

“The various IOC concerns around the governance of the IBA, including the refereeing and judging process and its financial dependency on the state-owned company Gazprom, are still ongoing.”

The Russian energy company is the biggest sponsor of the IBA, formerly known as AIBA.

IBA President Umar Kremlev, a Russian businessman, was re-elected unopposed following the disqualification of his only opponent, Boris van der Vorst, two days before the vote in Istanbul on May 14.

Van der Vorst, however, has since been vindicated by the Court of Arbitration for Sport which ruled he was wrongly prevented from taking part in last month’s presidential vote, adding to the governance turmoil within the body.

IBA also had to overhaul refereeing following the Rio de Janeiro 2016 Olympics and a bout manipulation system which existed there and resulted in the removal of Executive Director Karim Bouzidi along with several referees and officials.

“The boxing qualifiers and competition at the 2024 Olympics Games will not be run be run under the authority of the IBA.”

He said the IOC was considering different models to prepare for the qualifiers and the competition.

“There are a lot of lessons and best practices developed for the sport at the Tokyo Olympics (last year). Whatever the model we have in place will take those aboard as well as a strong athletes’ voice.”