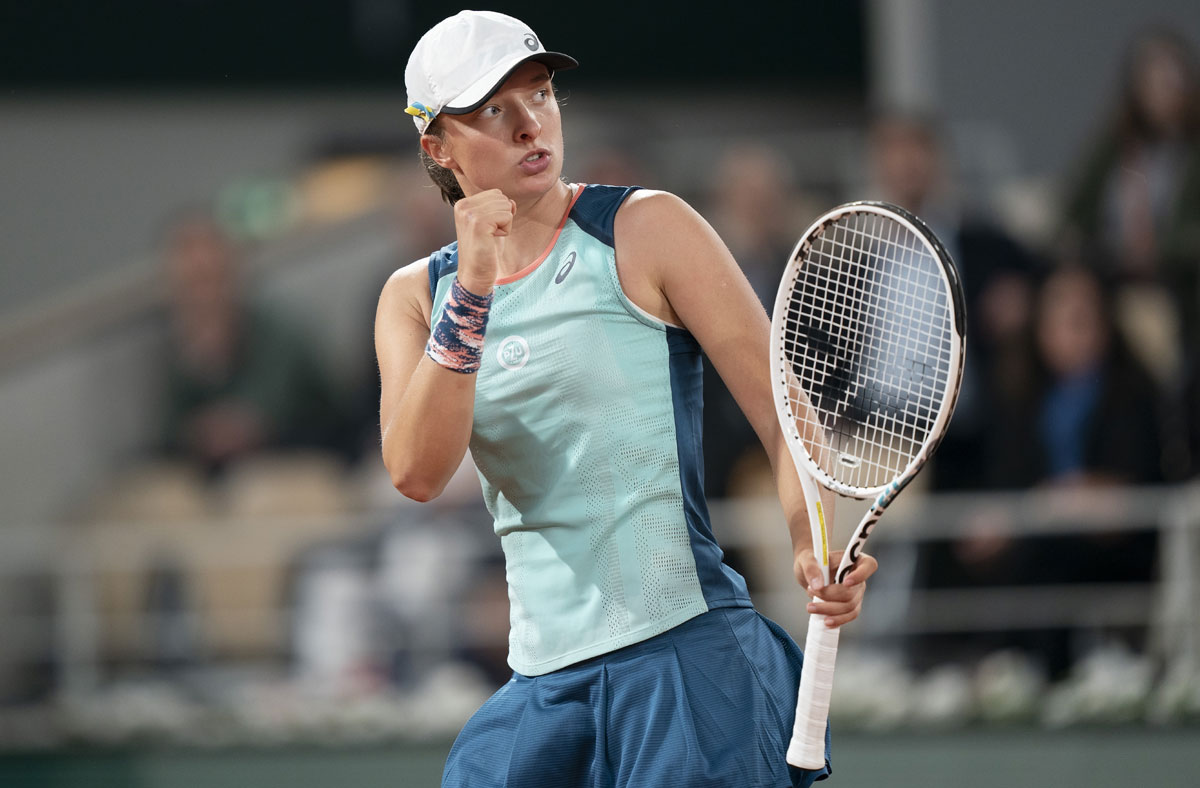 Iga Swiatek continued her march towards a second French Open crown in three years, demolishing Russia’s Daria Kasatkina 6-2, 6-1 to reach the final and extend her winning streak to a jaw-dropping 34 matches.

She will meet American teenager Coco Gauff, the 18th seed, in Saturday’s showdown.

The World No 1 conceded an early break, but made the most of Kasatkina’s string of unforced errors, peppering the Philippe Chatrier court with regular winners.

The Pole, who won the crown in 2020 and hasn’t lost since February, matched Serena Williams’s winning run from 2013 in the process, having now lost only two sets in her last four tournaments.

Swiatek — who turned 21 this week — has raised her game ever since taking over Ashleigh Barty’s vacated No 1 spot in April.

She is 8-1 in finals and hasn’t lost a set in a championship match in more than three years.

Unbeaten in her last eight finals she has only twice lost more than four games during that span.

Swiatek, who reached the semi-finals at the Australian Open at the start of the year, fell at the last-eight stage at Roland Garros in 2021 while defending her title.

This year though she exceeded all expectations. In her opening match she put on a commanding display against Ukrainian qualifier Lesia Tsurenko, winning 6-2, 6-0.

The story was similar in the next round as she cruised past American Alison Riske 6-0, 6-2.

She was in a spot of bother in the third round against Danka Kovinic of Montenegro but came through 6-3, 7-5 to extend her winning streak to 31 matches.

Swiatek was then stretched by Chinese teenager Zheng Qinwen in the fourth round before rallying splendidly for a 6-7(5), 6-0, 6-2 victory.

The next round wasn’t as tough as she shook off early nerves to extend her winning run to a staggering 33 matches as she beat American Jessica Pegula 6-3, 6-2 to seal a spot in the semi-finals, where she cruised past Daria Kasatkina.

On Saturday, the stakes will be high with a major title on the line and a fearless teenager in Coco Gauff on the other side of the net.

Can the Pole combine her incredible athleticism, powerful attacking and speed on the baseline to overpower the American, who is yet to drop a set in the tournament and the youngest finalist at any Grand Slam in 18 years?

For a look at Iga Swiatek’s smashing run to the final, please click the images: IMAGE: Iga Swiatek started off in confident with an easy victory against Lesia Tsurenko in the opening round. Photograph: Susan Mullane-USA TODAY Sports/Reuters 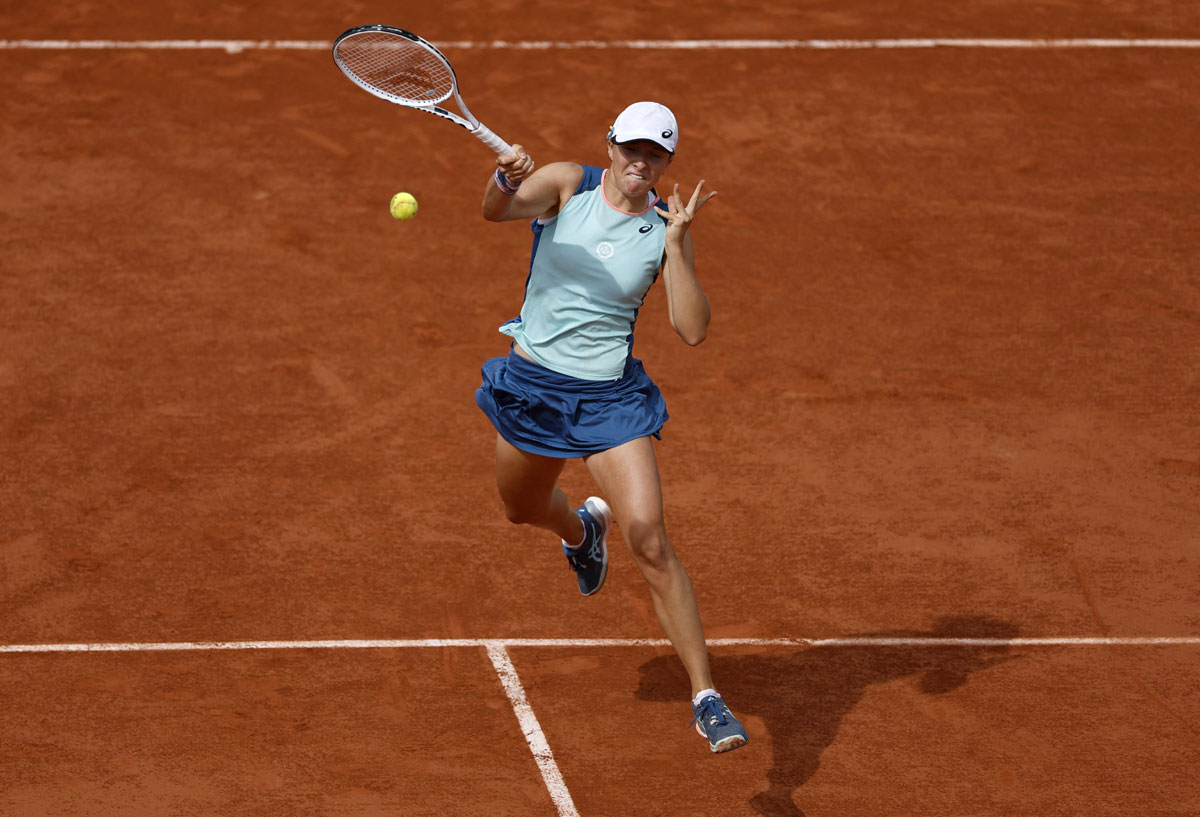 IMAGE: Swiatek was unstoppable during her emphatic second round victory against Alison Riske. Photograph: Gonzalo Fuentes/Reuters 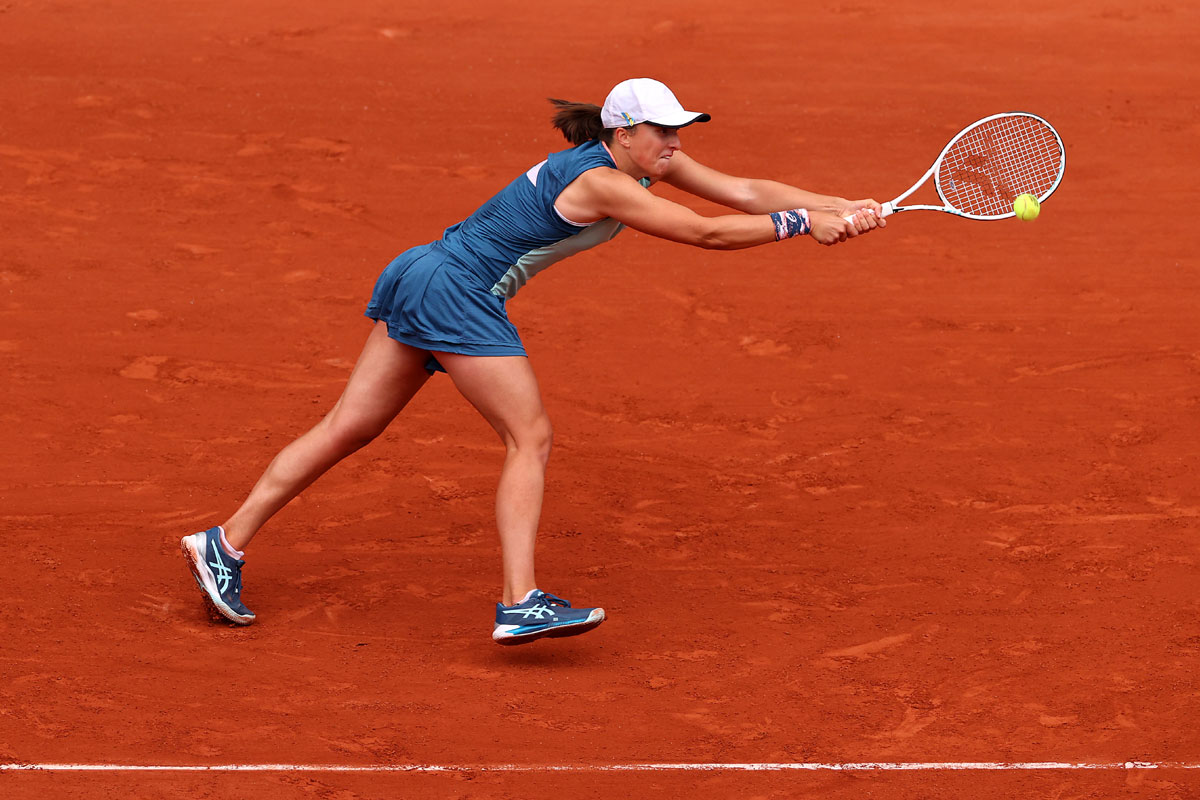 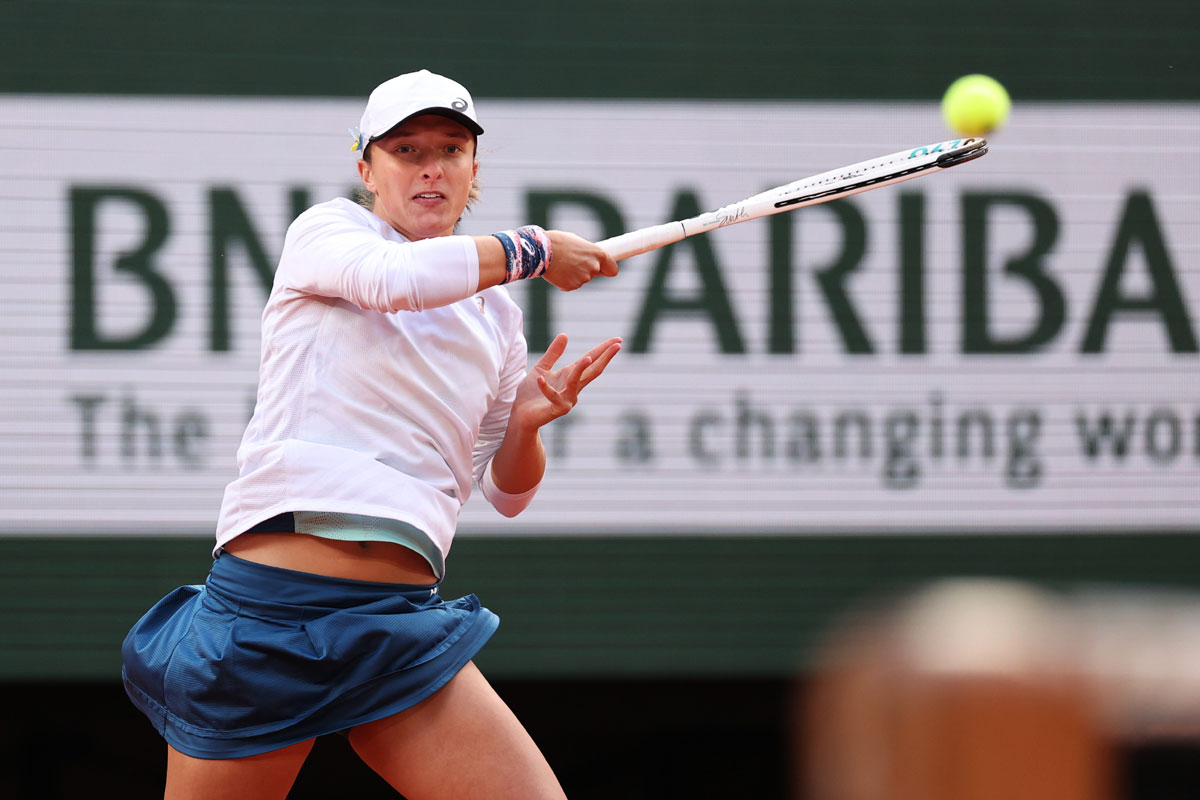 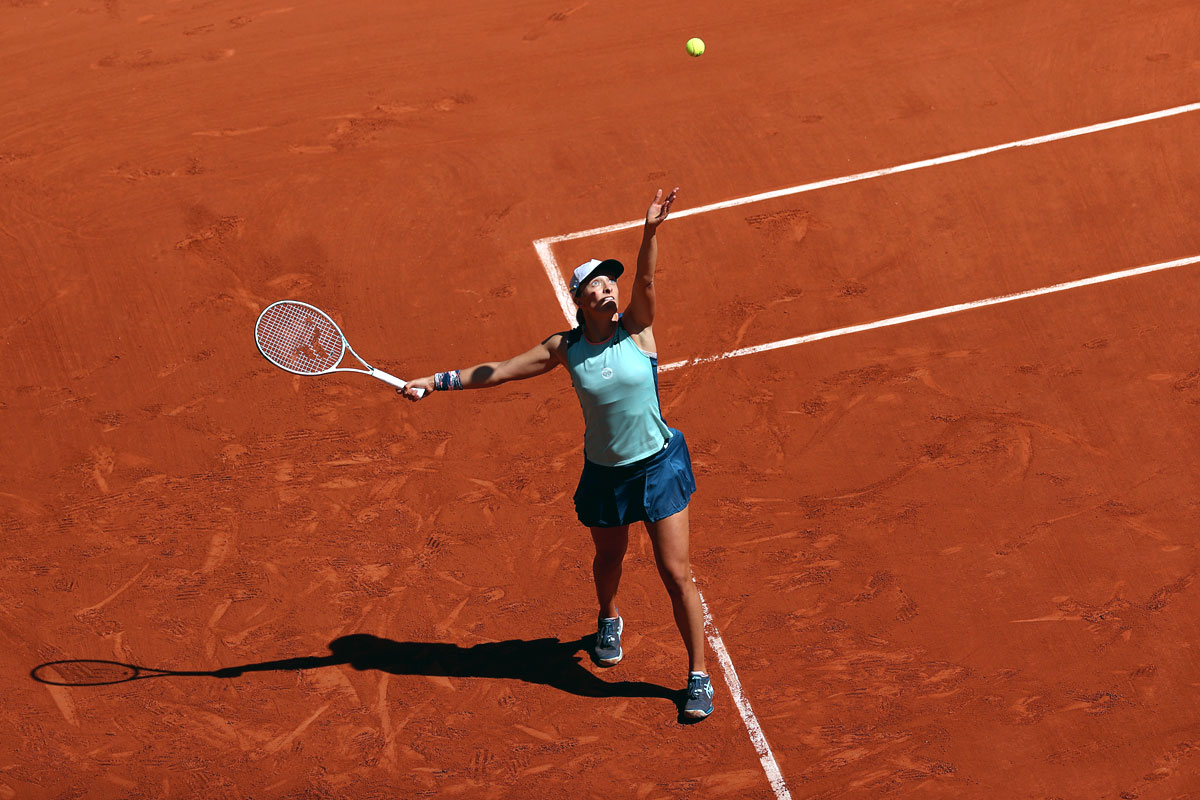 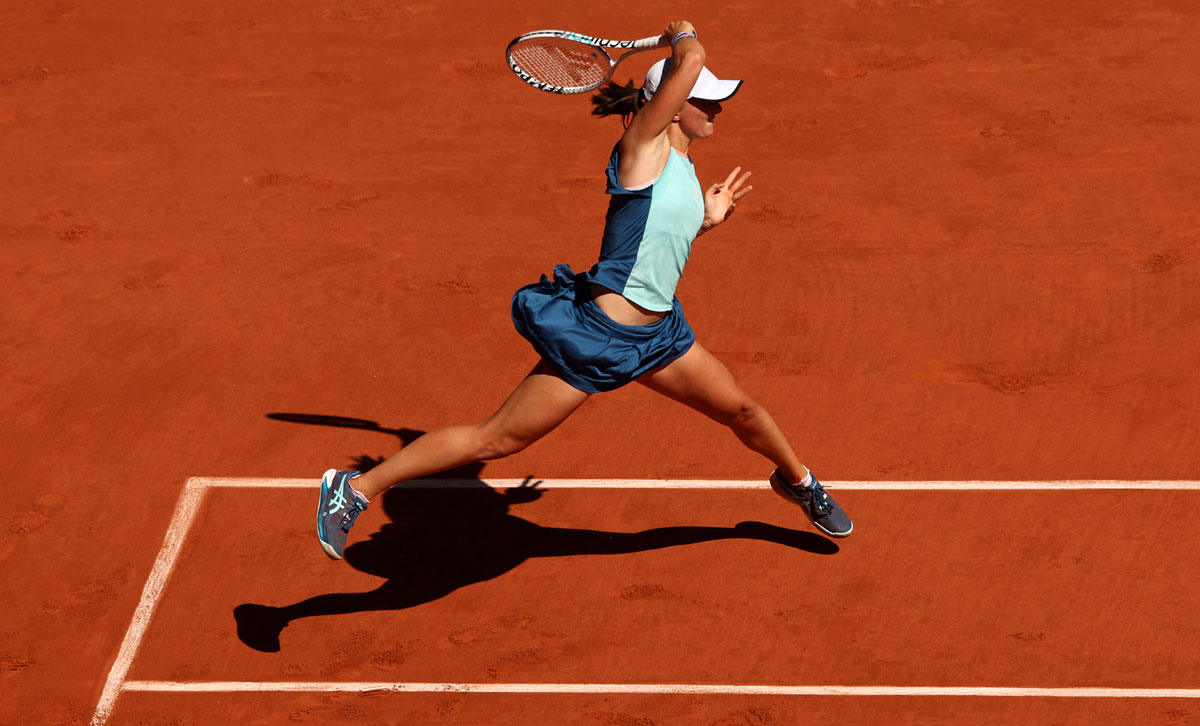