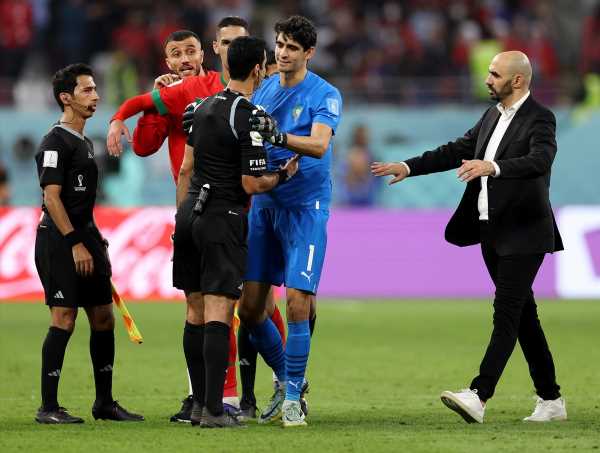 Morocco will leave Qatar proud and happy after becoming the first African or Arabic team to reach the last four at a World Cup but they should strive for more in the future, coach Walid Regragui said on Saturday.

Morocco were beaten 2-1 by Croatia on Saturday in the third-place playoff, but Regragui lauded his young players saying they did everything he asked of them in the tournament, having beaten elite teams including Belgium, Portugal and Spain on their way to the semi-finals. “We wanted to bring joy to our fans but we’re still happy, we’re among the four best teams in the world,” Regragui told reporters.

“We provided everyone with a good show, we never gave up. Congratulations to Croatia, they deserve their third place. We are a young team that is still learning.”

Regragui said that his side, who had the best defensive record in Qatar before losing 2-0 to France on Wednesday, felt the physical toll of an intense tournament after playing their seventh match.

“Sure, I am a little disappointed by this second consecutive defeat, but we did everything that we could,” Regragui said.

“Physically it was difficult, our players got tired, it was very intense. We wanted to make the fans more proud than they already were, that’s it.” Morocco’s campaign in Qatar gave African football a huge morale boost after none of the five African sides made it out of the group phase at Russia 2018.

“I think we showed our strength, we showed that African football is prepared to face the top teams in the world with efficiency and playing at the highest level,” Regragui told a news conference.

“We probably will only realise what we accomplished in Qatar after four years, in the next World Cup. The pressure will also be greater, there will be expectation around us. It’s natural.”

“We made a great achievement but we want to do it again. It will not be easy but that’s the objective.”

Regragui said he hoped their performance in Qatar would leave a lasting legacy for African football.

“Through experience you get stronger and I hope we learn and grow and build in our children in Africa a football DNA that lasts,” he said.

“We have now allowed children to dream, dream of being footballers and going to the World Cup. That is priceless. As for the impact in our country, we have set the bar high.”

“I’m sure that in 15 years an African team will win the World Cup.”