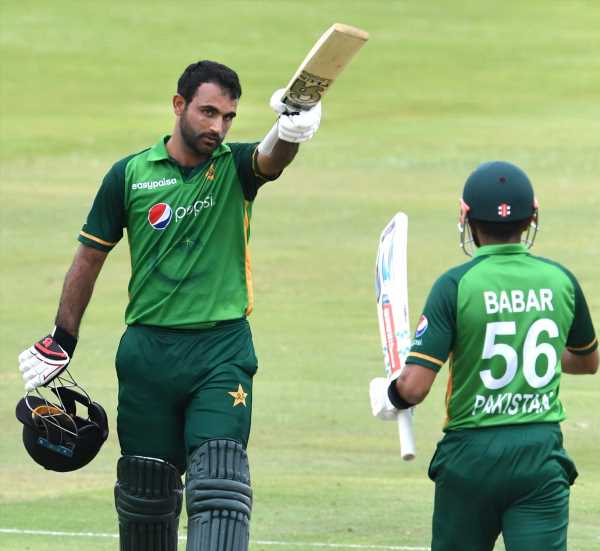 The opening batsman followed up his scintillating 193 in the second ODI on Sunday with 101 off 104 balls as Pakistan posted 320 for seven in their 50 overs after being sent in to bat.

Opener Fakhar Zaman smashed his second century in as many matches as Pakistan beat a much-changed South Africa by 28 runs in the third and final One-Day International, in Pretoria on Wednesday, to clinch the series 2-1.

Fakhar followed up his scintillating 193 on Sunday with 101 as Pakistan posted 320 for seven in their 50 overs having been sent in to bat.

South Africa, missing five key players on their way to the Indian Premier League in Quinton de Kock, David Miller, Kagiso Rabada, Anrich Nortje and Lungi Ngidi, were bowled out for 292 in the final over.

Fakhar’s 101 from 104 balls laid the platform for a sizeable Pakistan total.

But it was given a significant late boost by captain Babar Azam (94 from 82 balls) and Hasan Ali (32 not out from 11), who smashed 55 from the final 16 balls of the innings to propel Pakistan well past 300.

They looked to have stalled when spinners Keshav Maharaj (3-45) and part-timer Aiden Markram (2-48) slowed the scoring ahead of the powerful late assault.

South Africa needed a three-figure score from one of their batsmen to get close to the target, but Pakistan’s bowlers varied the pace on a slow wicket and retained control of the match.

Janneman Malan (70 from 81 balls), Kyle Verreynne (62 from 53) and Andile Phehlukwayo (54 from 61) all registered half-centuries, but none could push on as left-arm spinner Mohammad Nawaz (3-34) was the pick of the visiting attack.