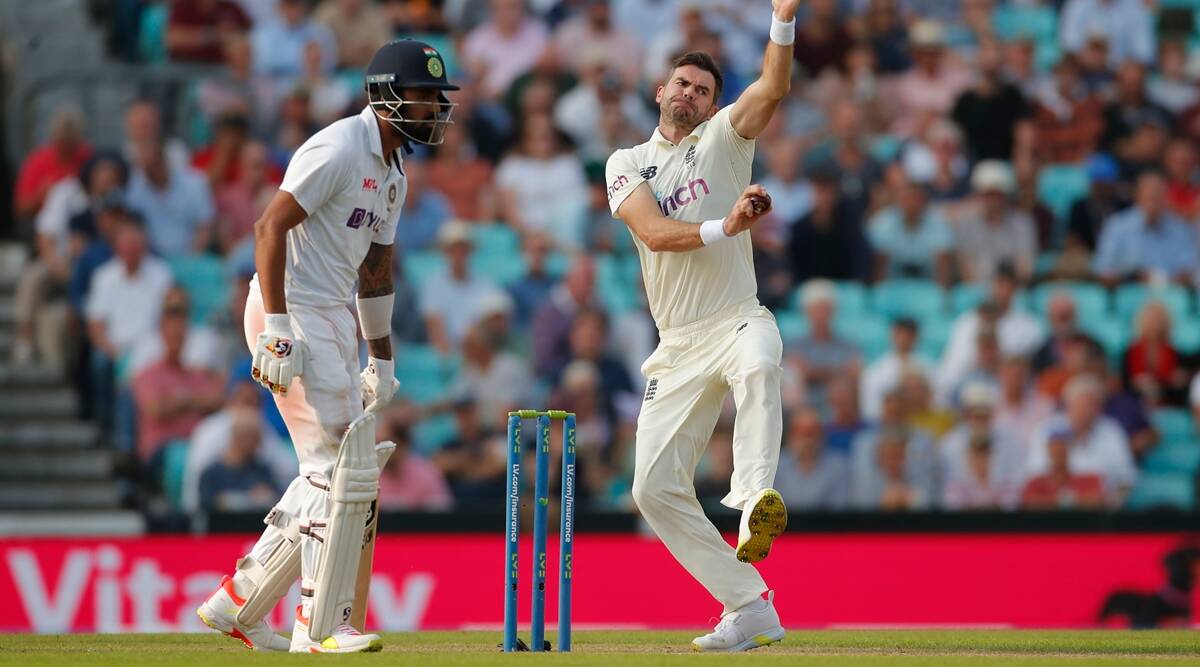 Rohit Sharma and KL Rahul take visitors to 43 for no loss after Ollie Pope (81) and Chris Woakes (50) give England a 99-run lead. In the end, the Indian bowlers looked weary. Jasprit Bumrah clutched his left calf and went down. Much to his team’s relief, the fast bowler was fit to go again after some on-field treatment. By then, Chris Woakes’s half-century had run the tourists ragged. When England’s innings eventually ended on 290, they had a 99-run first innings lead. On a beautiful batting day, India badly missed Ravichandran Ashwin.

When stumps were drawn on Day Two of the fourth Test, India were 43 for no loss in their second innings. Rohit Sharma survived a dropped catch against James Anderson on six. Otherwise, the opening partnership so far has been steady.

Earlier, in the dressing-room, Ashwin was seen sipping an energy drink. The team management’s ‘template-stubbornness’ has kept him out of the playing eleven for four Tests on the spin now. As Ollie Pope gradually laid the foundation for an England dominance and Woakes built on it, Ashwin’s absence was felt. To make matters worse, the team’s third and fourth seamer, Shardul Thakur and Mohammed Siraj, were off-colour. England capitalised on the advantage.

Even with 191 runs on the board, India had the opportunity to grab the game by the lapels, twice, first through Umesh Yadav’s two wickets in the morning followed by Jonny Bairstow’s dismissal post-lunch. Losing nightwatchman Craig Overton and Dawid Malan early on the second day had reduced the hosts to 62/5. And despite an 89-run sixth wicket partnership between Pope and Bairstow, England were 151/6, when the latter got out. But with Ashwin cooling his heels and Mohammed Shami nursing a niggle – he graciously cut a birthday cake presented to him by the Bharat Army – India searched for wicket-taking options beyond Bumrah and Yadav.

Back to Test cricket after a gap of nine months, Yadav bowled well, hitting the deck hard, moving the ball late and getting big on Overton and Malan. He helped his team gain the initiative. It was duly surrendered through leaky bowling, when sustained pressure was the need of the hour. Loose balls came thick and fast from Thakur and Siraj. During a four-over phase, nine boundaries were conceded. Pope and Bairstow put on a fifty partnership off 56 balls, much to Virat Kohli’s dismay.

The India captain was forced on the defensive. Ravindra Jadeja was brought on from one end to stem the flow of runs, which is what he basically does on good pitches.

Pope grew in confidence, contrary to his struggles against Ashwin in India earlier. Fair to say, it was a different ball game on the Chepauk and Motera dustbowls. The Oval pitch today felt like a featherbed at times and yet, Ashwin’s mastery in the air might have come in handy. Pope was England’s top scorer with 81.

Why Siraj has traded an upright seam position for a scrambled seam during this series is anybody’s guess. It has compromised his natural swing, something that served the pacer so well in Australia last winter. In the first two Tests, on spicier pitches, Siraj got seam movement. At Headingley and here at the Oval, as the ball didn’t do much off the surface, he sort of looked pedestrian, bowling around 130kph. Post-lunch, he made one jag back to trap Bairstow leg-before, but such deliveries were few and far between.

Siraj gave away 42 runs in 12 overs, pretty expensive in a low-scoring game. Also, playing in four consecutive Tests, 27-year-old looked fatigued. Thakur got some swing but never looked penetrative. And although he eventually accounted for a well-set Pope, it was a tad too late. To start with, he was all over the place. Bowling with the old ball saw some improvement, but conceding 54 runs off 15 overs wasn’t what the doctor ordered.

All said and done, it would be unfair to blame the bowling unit, which time after time makes up for the team’s batting blunders. Today, even in perfect batting conditions, and not everyone bowling well in tandem, England were restricted to a sub-300 total. England had the chance to slam the door shut on their opponents. But Moeen Ali’s mindless slog against Jadeja proved to be the spoiler.