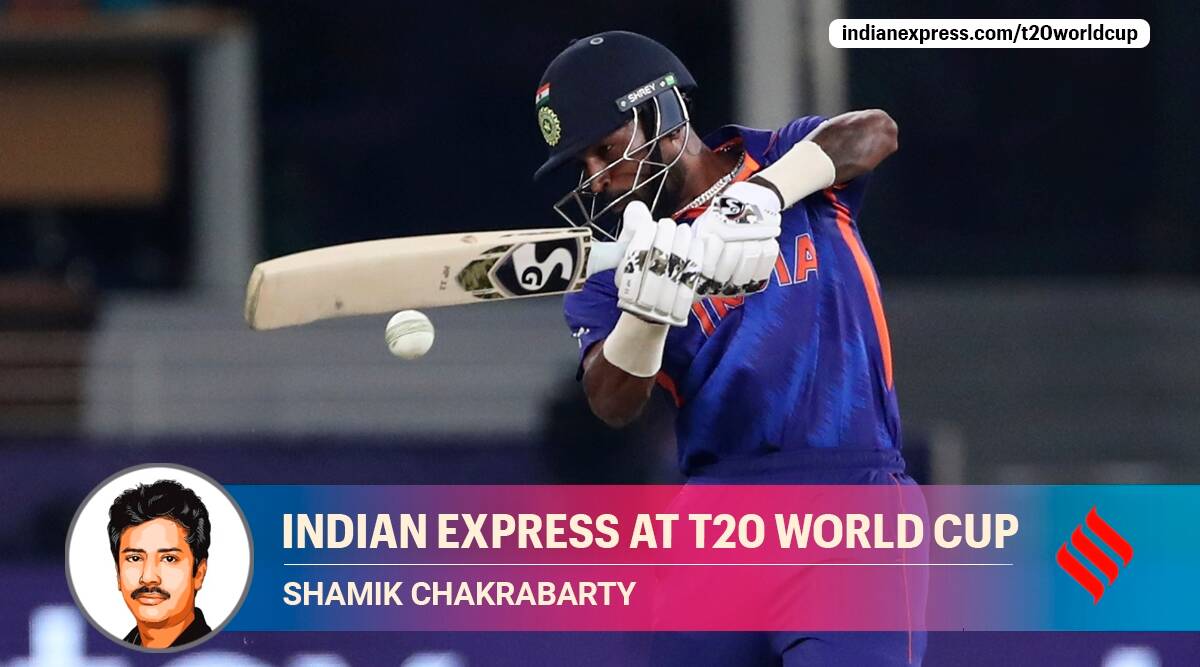 The team management rates Hardik Pandya highly as a finisher at number six and the player's T20I strike-rate, north of 143, attests his power-hitting skills. Will India change their playing eleven against New Zealand? That’s the question.

The simple answer is unlikely, for changing their best combination after one defeat would be knee jerk. The only alteration could be Shardul Thakur for Hardik Pandya if the latter is not bowling fit.

India picked a combination in their T20 World Cup opener against Pakistan, which the team management thought would be best suited in these conditions. Accordingly, Varun Chakravarthy was selected ahead of Ravichandran Ashwin or Rahul Chahar and Pandya played solely as a batsman. For a team of India’s stature, their best combination cannot become their second-best overnight. Save niggle-forced changes, an overhaul would also raise questions about a lack of consistency in the team management’s thought process. This side doesn’t do that.

But Pandya’s fitness is an issue and although he has started bowling at the nets, it needs to be seen if the think-tank is confident enough to use him as a bowler, at least for an over or two, in a virtual knockout game against New Zealand. The team rates Pandya highly as a finisher at No. 6 and the player’s T20I strike-rate, north of 143, attests his power-hitting skills. But as The Indian Express has already reported, for the sake of team balance, a decision has been taken after the Pakistan game that Pandya won’t be picked just as a specialist batsman, keeping Thakur firmly in the mix as his replacement.

Thakur bowled very well for Chennai Super Kings in the IPL and he is a very capable lower-order batsman.

About Ashwin, he can be used in the Powerplay. Also, his form in the warm-up fixtures ahead of the tournament-proper had been encouraging. But very few teams play two conventional finger-spinners in this format and given that Ravindra Jadeja is undroppable because of his all-round ability, it might be a luxury to include Ashwin in the playing eleven. Leg-spinners are doing well in Dubai, but India are unlikely to ditch their faith in Varun after just one match.

As for New Zealand, opener Martin Guptill has recovered from a knock on his left toe. In the absence of Lockie Ferguson, however, the Kiwis missed real pace in their last game against Pakistan, especially at the death. So Adam Milne might come in for Tim Southee.