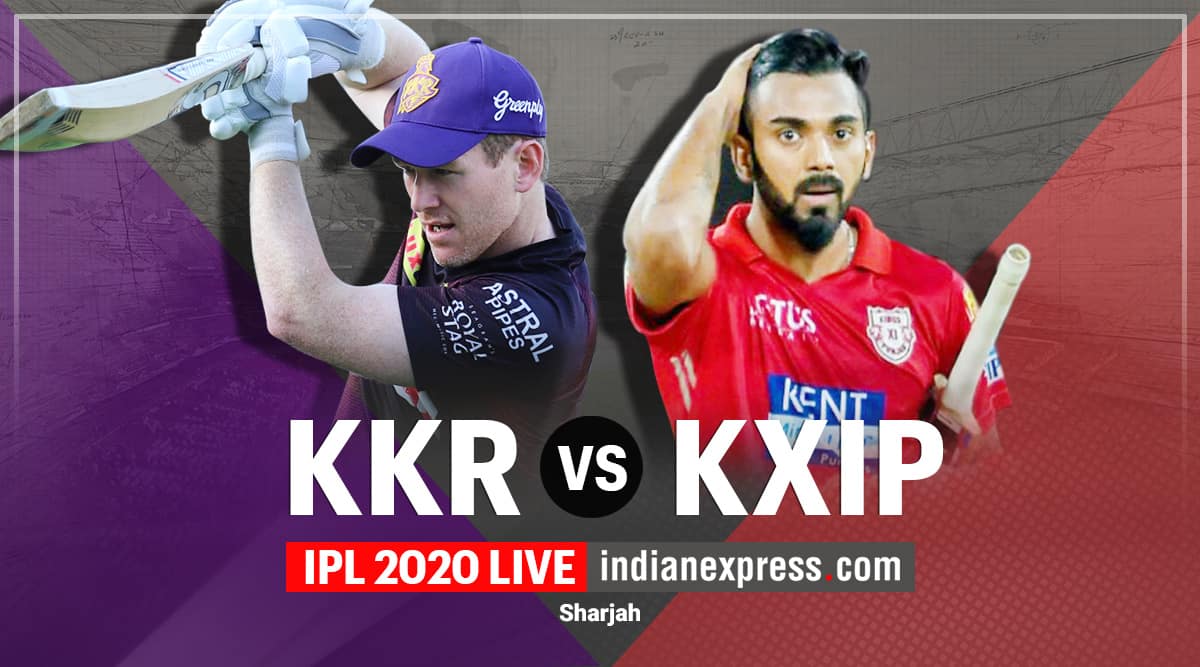 IPL 2020, KKR vs KXIP Live Cricket Score Online Updates: With four successive victories, Kings XI Punjab will look to continue the momentum when they take on Kolkata Knight Riders in Match 46 of IPL 2020 at the Sharjah Cricket Stadium on Monday.

KXIP had roared back to form, snapping their five match losing-streak with a win over third-placed Royal Challengers Bangalore. KKR will also be all fired up after their comprehensive win over the formidable Delhi Capitals and would be desperate to keep the winning momentum going. A win for Punjab will elevate them to the top four position, while a victory for KKR will take them to 14 points, the same as the top three teams in the contest, strengthening their playoff chances.

KXIP’s bowling has been their weakest link. Barring Mohammad Shami and Ravi Bishnoi, none of the bowlers have inspired confidence, especially in the death overs.

But when their batting unit failed to put runs on the board on Saturday, the KXIP bowlers produced an excellent display of death over bowling against Sunrisers Hyderabad. They defended 126 by taking five wickets in the final two overs to eke out an incredible win.

KXIP have the in-form batsmen in skipper Rahul, who is the leading run scorer of the tournament, and Mayank Agarwal. The presence of flamboyant Chris Gayle has inspired the team, and since his inclusion in the playing XI, the Punjab-based outfit has not lost a single game.

Nicholas Pooran, too, has looked dangerous but the shaky form of Glenn Maxwell remains a concern. Agarwal missed the match against SRH due to a bruised knee but the opener is expected to be back for the clash against KKR.

KXIP are placed fifth on the points table having won five games from 11 outings, while KKR are a notch better, occupying the fourth spot with 12 points.

A win for Punjab will elevate them to the top four, while a victory for KKR will take them to 14 points, the same as the top three teams in the contest, strengthening their playoff chances.

With the race to play-offs heating up, both sides know the value of a win on Monday.

Hello and welcome to the live updates of Kolkata Knight Riders vs Kings XI Punjab in the ongoing IPL 2020 campaign. In Sharjah, both the teams will try to be at their best as they have a lot at stake regarding their playoff qualification chances. Stay tuned!