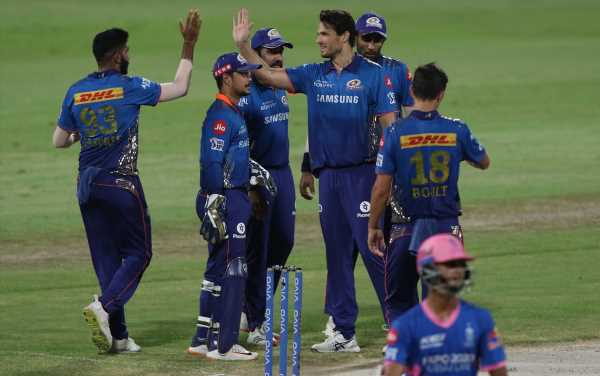 Images from the Indian Premier League match between Rajasthan Royals and Mumbai Indians, in Sharjah, on Tuesday.

Jimmy Neesham and Nathan Coulter-Nile hit the ideal length on a tacky Sharjah strip as Mumbai Indians choked Rajasthan Royals and restricted them to meagre 90 for 9 in a do-or-die Indian Premier League match on Tuesday.

It is the lowest Twenty20 total by a team batting first at Sharjah.

Rohit Sharma was spot-on in deciding to bowl first and Neesham (3 for 12), playing his first game of the UAE leg, took the pace off his deliveries on a track where the ball did not come easily on to the bat.

Coulter-Nile (4-0-14-4) was equally effective with his change-ups and hit the hard-lengths more often than not en route one of his best IPL spells. 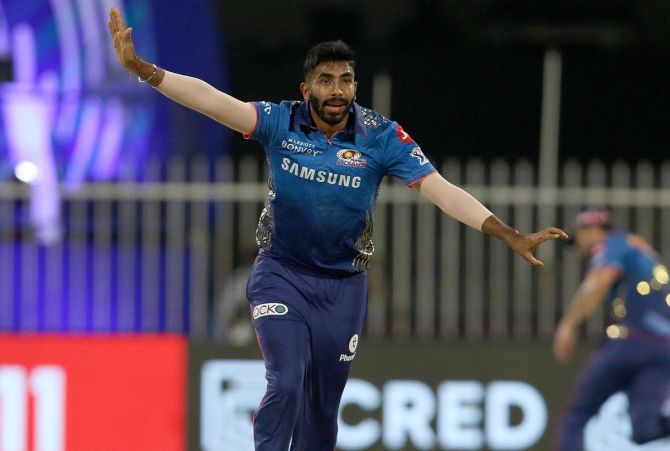 Neesham and Coulter-Nile cumulatively conceded only 26 runs between them in eight overs and also got a whopping seven wickets, which blew the Royals out of contest.

Jasprit Bumrah (2 for 14) was menacing as ever with crucial wickets as Mumbai Indians produced one of their best bowling performances. 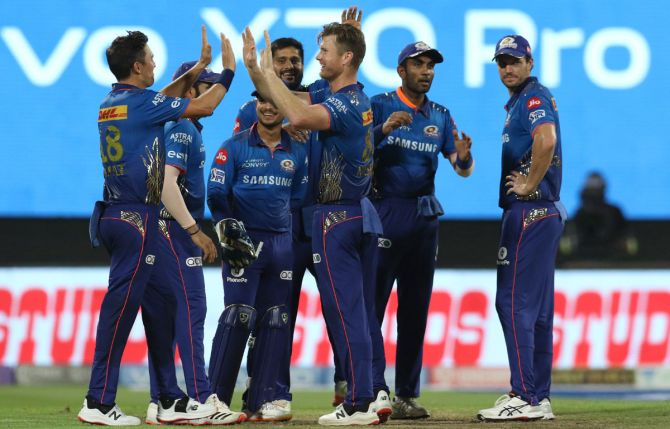 Royals were blown away in the space of four overs as they slumped from 41 for 1 in the last over of Powerplay to 50 for 5 by the time the first 10 were about to end.

There was no looking back for Mumbai Indians from that position. 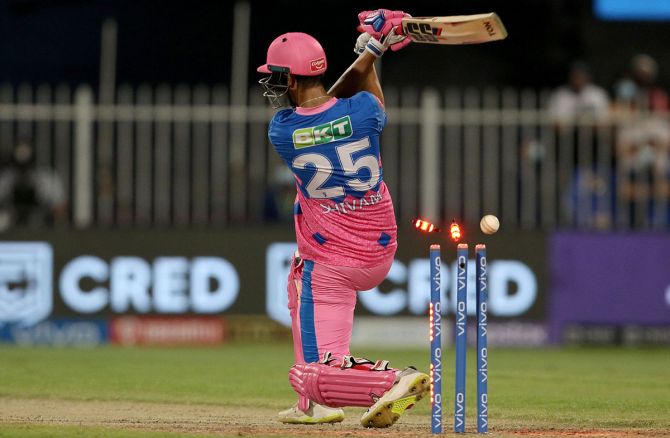 The in-form Sanju Samson (3) tried to slash hard without reaching to the pitch of the delivery and Jayant Yadav, at point, took a diving catch.

Shivam Dube, after the heroics against Chennai Super Kings, tried to reach at a fuller delivery on ‘fifth stump” and dragged it back, while Rahul Tewatia (12 off 20 balls), in the midst of a horrendous season, tried to pull a short ball that came late and took the edge into the keeper’s hands. 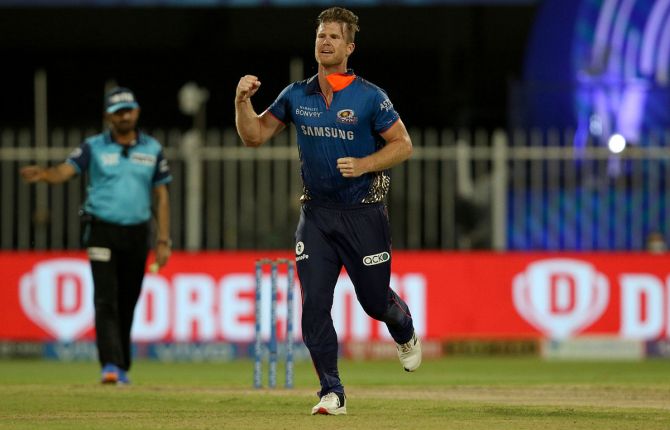 Neesham’s induction in place of Krunal Pandya, who has been a regular feature for a good five years now, proved to be a master-stroke as he did not give enough pace to manoeuvre and bowled wicket-to wicket, not experimenting much.

Evin Lewis (24 off 19 balls) once again started in rollicking fashion but the course of Royals innings was changed when talented Yashasvi Jaiswal (12) failed to ride the bounce off a Coulter-Nile delivery and was caught behind.

Once Bumrah got rid of Lewis with an angular delivery, the rest of the Royals batters fell like a deck of cards.