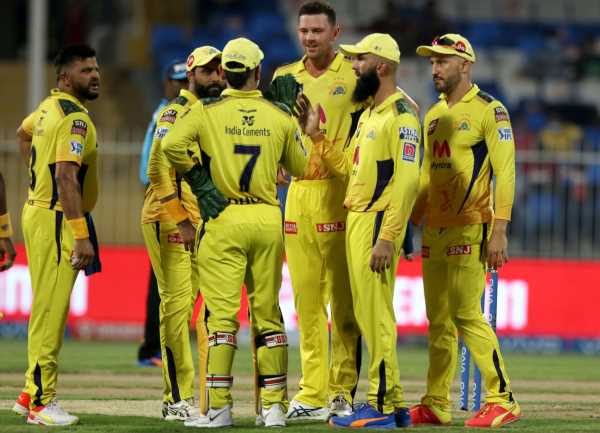 Images from the Indian Premier League match between Sunrisers Hyderabad and Chennai Super Kings, in Sharjah, on Thursday.

Chennai Super Kings put up another disciplined bowling performance to restrict Sunrisers Hyderabad to 134 for 7 in the Indian Premier League match, in Sharjah, on Thursday.

The Sharjah surface, which produced high-scoring games last year, has been a complete contrast this season with its slow nature making stroke-making difficult.

The Sunrisers innings never got the momentum it needed and ended up with a total that the Super Kings should chase down comfortably. 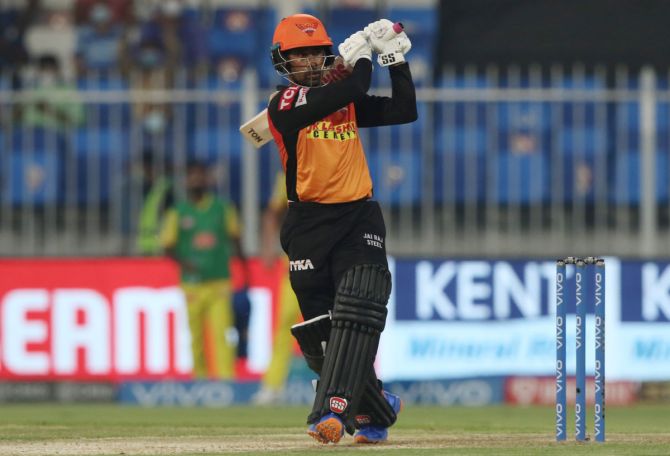 Wriddhiman Saha played some delightful shots during his 46-ball 44 but the majority of the Sunrisers batters struggled to get going. 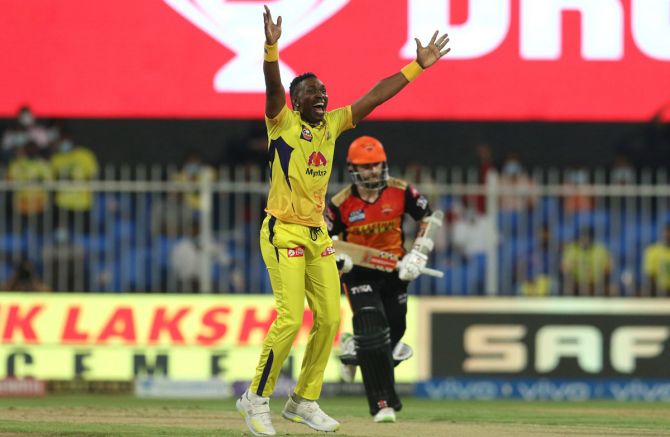 Saha’s two sixes off Deepak Chahar in third over was the highlight of his innings. The first one was a hoick over midwicket and the second was more like a lofted straight drive that cleared the ropes comfortably.

His opening partner, Jason Roy, fell cheaply, caught behind off Josh Hazlewood, as he went for a wild slog.

Skipper Kane Williamson struck two fours in his run-a-ball 11 before he was trapped in front by Dwayne Bravo with a full delivery that swung away slightly and crashed into the New Zealander’s pads. 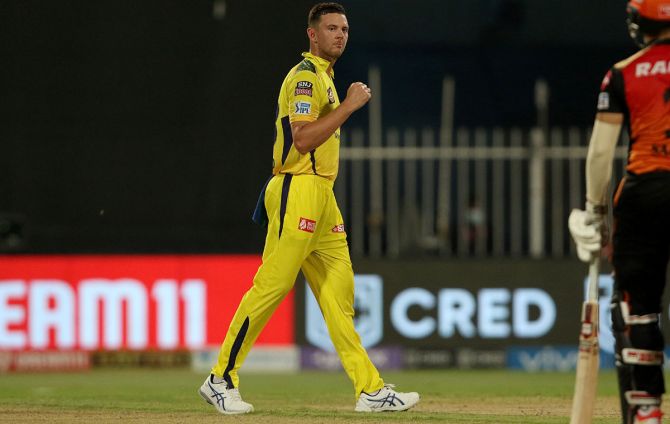 The Sunrisers were left reeling at 74 for 4 after the well-set Saha top-edged one off Ravindra Jadeja and was caught by Mahendra Sigh Dhoni.

The Hyderabad side, reeling on 97 for 4 in 15 overs, badly needed a final flourish in the last five overs.

Abdul Samad (18 off 14) and Abhishek Sharma (18 off 13) hit a few sensational shots before Hazlewood removed both in the 17th over.

The Super Kings were brilliant in the death overs, conceding only 37 runs.