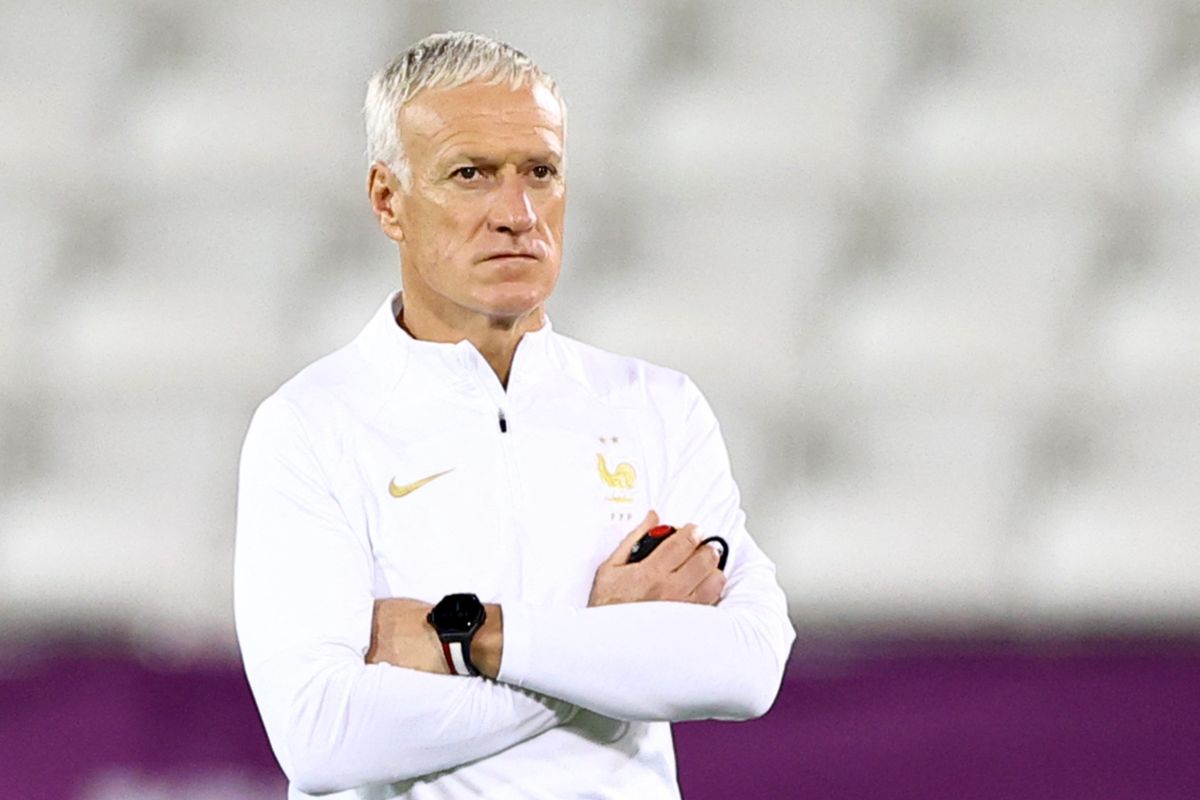 No coach has ever won the World Cup twice in the post-World War II era but France’s Didier Deschamps is one victory away from entering the record books when they take on Argentina in the final on Sunday in Qatar.

But ask the Frenchman about his chance at rewriting history when he can become the first to win the World Cup twice as a coach and once as a player, he steps away from the spotlight, happily allowing his beloved squad to be the focus instead.

“I’m not the most important thing here, the team is. Of course, I’m proud and we all know there’s a chance now to defend our title in the final,” Deschamps said.

“So that’s a great achievement already. We’ll do everything we can to ensure we’re happier on Sunday evening.”

“I don’t really think about myself. I’m pleased with the fact that we’ve had this success.”

Deschamps is the fourth manager to lead a country to back-to-back World Cup finals after Vittorio Pozzo (Italy), Carlos Bilardo (Argentina) and Franz Beckenbauer (West Germany), with the latter two losing one final each.

But his lasting legacy will be uniting a France squad that, in the past, had been fractured by in-fighting and impertinence before building a squad that knew how to go deep in tournaments.

Having captained France’s ‘golden generation’ that won the 1998 World Cup and the 2000 European Championship, the 54-year-old has now nurtured another golden generation over the past decade.

As a coach, Deschamps guided France to the European Championship final on home soil in 2016 where they narrowly lost to Portugal in extra time, the 2018 World Cup final where they thrashed Croatia and now the showpiece match in Qatar.

“We call him the lucky charm but the best quality of Deschamps is his ability to build a squad,” former France international Patrice Evra said.

“Sometimes he won’t pick the best players because his motivation is ‘the team is the star’. He’s someone who can build a squad to win a tournament.”

“He’s just an amazing manager and he’s so humble. For me, he’s the greatest French manager by miles!”

What also set Deschamps apart is his trust in youth despite the truckload of talent available to him.

That trust came to the forefront when he started the relatively inexperienced midfield duo of Youssouf Fofana and Aurelien Tchouameni who had 25 caps between them for the semi-final.

“Well, experience isn’t everything, they have great qualities and they play at very top clubs,” Deschamps said.

“Maybe they need experienced players to guide them, but they have quality. I had no doubt about putting them in there.”

What has made Deschamps successful in tournaments, especially at the World Cup since 2018, is not sticking to a particular identity or philosophy which is often the defining feature of big teams.

Instead, he has adapted to circumstances and opponents. There have been games where France have dominated possession while in others they have been happy to cede the ball and hit teams on the counter-attack.

The second tactic worked wonders in the semi-final against underdogs Morocco, who had reached the last four playing with very little possession but struggled to make good use of the ball as France sat back.

“When you think you’re close to winning against France, you’re actually quite far. We will learn from this for the future, it leaves a bitter taste,” Morocco coach Walid Regragui said.

“Didier Deschamps has shown he’s the best head coach in the world in the last 10 years.”