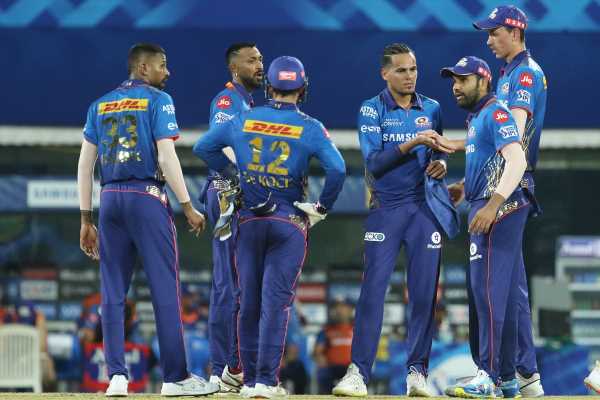 The IPL, by giving a large pool of Indian talent the opportunity to compete with the best international players, has also come to be seen as the cauldron that spews out the most exciting talent for not only the shortest format but also the longest and the one in between, says Suveen Sinha. Three days after the Indian cricket team collapsed at Leeds, losing all 10 wickets for 78 in the first innings and the last eight for 63 in the second, the Board of Control for Cricket in India invited bids to add two franchises to the Indian Premier League, increasing the number of teams to 10 for the 2022 edition.

There was no criticism, no carping, no crucifixion.

The announcement of the new IPL teams was greeted largely by factual reportage and commentary focused on the additional revenue (the base price for each franchise is reported to be Rs 2,000 crore/Rs 20 billion) and how the larger structure would play out on the field.

In the good old days, by which we mean before the team’s two victorious tours of Australia, we would have criticised and crucified the BCCI and carped on about its avarice in chasing money at the cost of killing the golden game that was Test cricket. But things have changed.

Now, BCCI is the saviour of Test cricket, investing so much in cricket infrastructure and players it can perhaps trot out three competitive teams at a time.

The spending gap between cricket in India and Australia, said Chappell, was as wide as the Indian Ocean.

This at a time the BCCI president is Sourav Ganguly, who is unlikely to have ever received Diwali greetings from Chappell. The latest Australia tour cemented BCCI’s place as the most efficient cricket board in the world, to go with its old tag of the richest.

India did win the Test series on the previous tour as well, in 2018-2019, but that was a depleted Australian side missing Steve Smith and David Warner and still recovering from a bruising ball-tampering scandal.

This time, India was the depleted team, missing its regular captain, who was away attending to his parental duties, and a bevy of other players because of injury.

Before 2018-2019, no other Indian team had won a Test series in Australia: not with the great Sunil Gavaskar and Kapil Dev, not with Sachin Tendulkar Rahul Dravid playing under Sourav Ganguly, not even when Bishan Singh Bedi led a strong team against Bobby Simpson’s side ravaged by the Packer rebel series in 1978.

Ironically, the recent surge of Indian cricket can be credited in large part to the IPL, the very altar at which cricket was to be sacrificed.

T20, as the old British saying goes, was just not cricket.

It was a hit and giggle machine merely meant to maximize revenues, a show in which the space on players leading arms could be sold to advertisers separately from the non-leading arms.

But now IPL is acknowledged as the thriving golden goose that helps fund the tours and infrastructure for India A teams and several other age group cricket.

Case in point: Mohammed Siraj had taken 70 wickets in 16 games for India A before making his Test debut. What’s more, the IPL, by giving a large pool of Indian talent the opportunity to compete with the best international players, has also come to be seen as the cauldron that spews out the most exciting talent for not only the shortest format but also the longest and the one in between.

And lest we should forget the women, please note the ladies have started playing the five-day format after a gap of seven years and are in Australia this month for a multi-format series that includes a pink ball Test under lights — their first.

The rise of women’s cricket of late has been so impressive ESPNCricinfo, the mothership of cricket reporting, writing, and data, has eliminated the term ‘batsman’ in favour of ‘batter’.

Time was when BCCI was perceived to be an evil empire festered with so much opaqueness the Supreme Court had to intervene in its running.

Not all those off-field issues have gone away. But, on the field, the BCCI’s image has got burnished beyond reproach as it takes from T20 and gives to Tests (no reference intended to Robin Hood here).

So much so when the men’s cricket team wins, BCCI gets the credit for looking after the game and supporting its players.

Even the aggression Captain Virat Kohli wears on his sleeve is supposed to emanate from the might of the board. But when the team loses, Kohli, the players, and coach Ravi Shastri take the blame (as after the Leeds debacle).

Meantime, the IPL show goes on.

Suveen Sinha is a writer and author based in the Greater Delhi area.