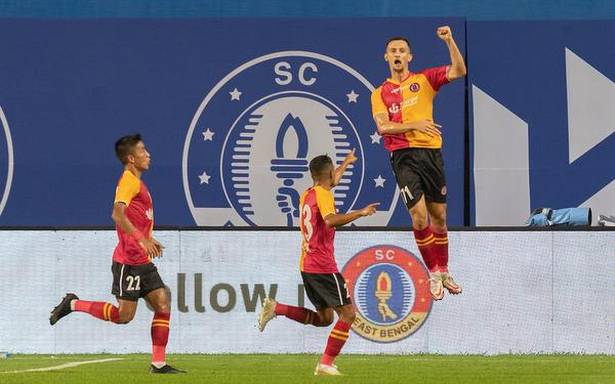 Prce and Hartley net for the teams

SC East Bengal (SCEB) and Jamshedpur proved inseparable in squandering and utilising chances as they began their campaigns with a 1-1 draw in the Indian Super League at the Tilak Maidan Stadium on Sunday.

Croatian Franjo Prce opened the account for East Bengal early on in the first half before Englishman Peter Hartley struck the equaliser in added time.

The way the two teams found the target was also similar as the centre-backs — Prce and Hartley — provided the finish off corner kicks.

The Kolkata side looked to have doubled the lead in the 33rd minute but Perosevic’s effort was ruled off-side.

Jamshedpur tried to claw back into the game in the final few minutes of the opening half and found a corner in the second minute of injury time.

Alexandre Lima sent a superb floater to Valskis, who headed it down to Hartley. The Englishman nodded the ball past the ’keeper to pull Jamshedpur level.

The second half saw both teams produce a couple of chances, but couldn’t get it right in the final third.