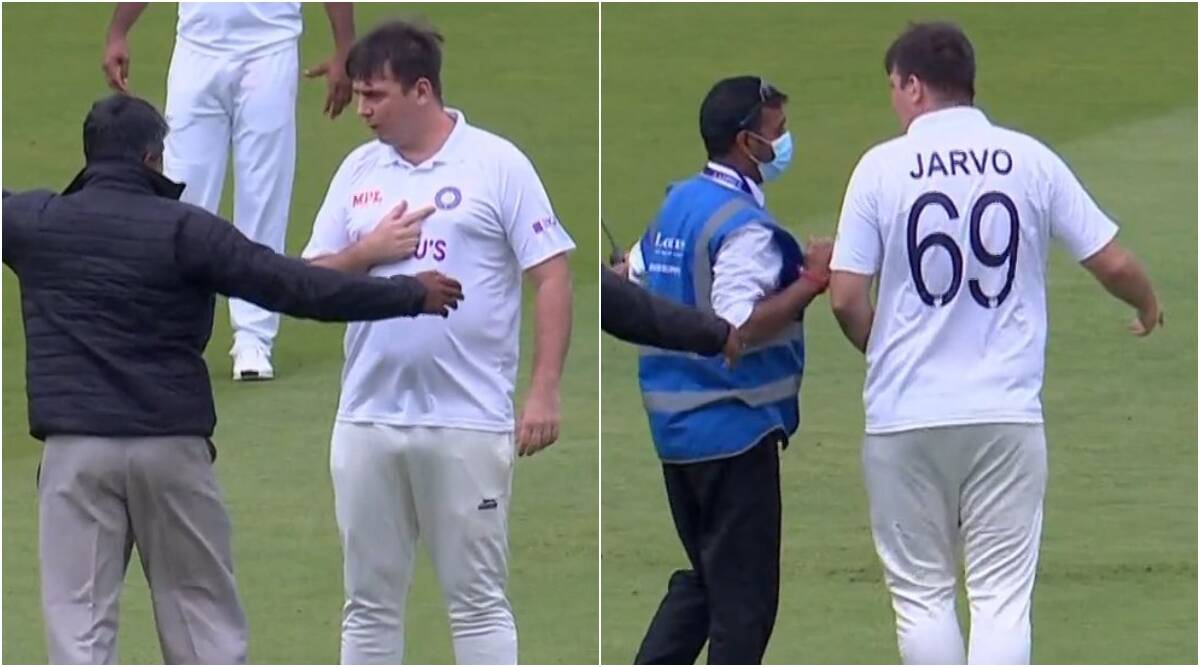 This time, 'Jarvo' was wearing a surgical mask under his helmet before security personnel came and escorted him out of the ground. 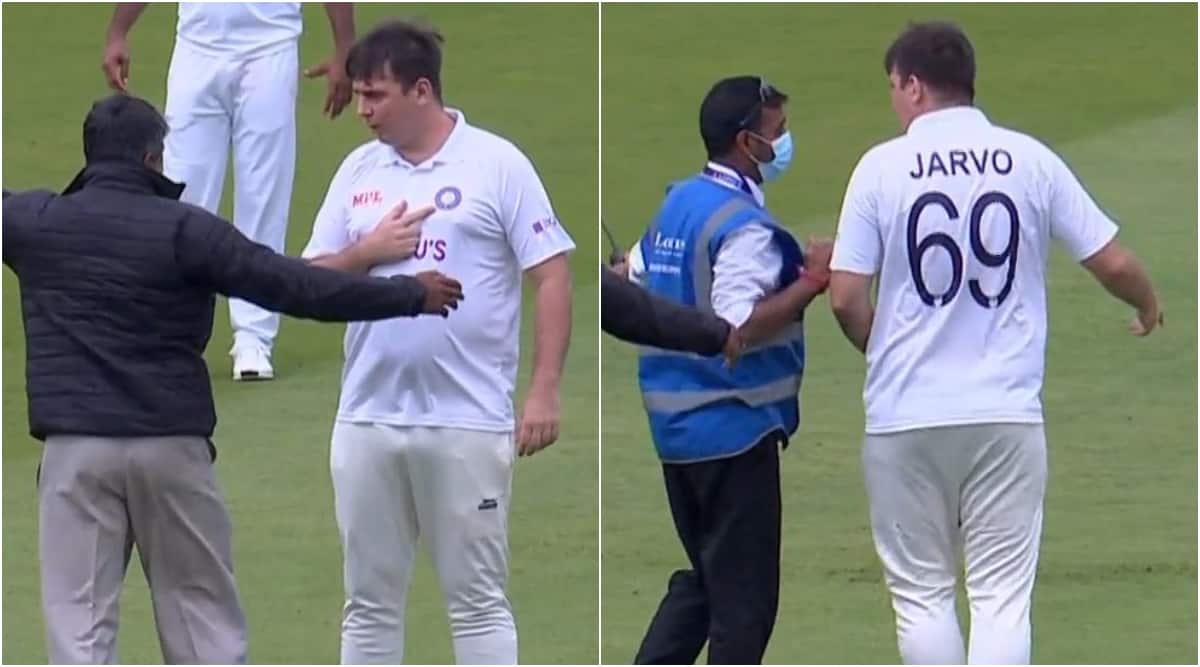 The intruder in now-famous fan ‘Jarvo 69’ came alive yet again on the third day of the third Test between India and England here as he entered the playing arena, this time in batting gear.

He had also walked his way into the Lord’s ground on Day 4 of the second Test between the two sides and was seen setting the field for the Indian team, leaving the spectators and viewers in splits.

At Lord’s, the fan, who claims to be a popular prankster, was spotted walking casually on the ground in an Indian jersey with his name on the back. He had to be escorted out after being spotted and after that he also revealed how Ravindra Jadeja and Mohammed Siraj reacted after spotting him.

Mohammed Siraj and Jadeja could barely control their laughter, before the man was escorted off by the security guards.

On Friday too, he made an intrusion after opener Rohit Sharma was dismissed in the final session of play, even India tried to stage a comeback in the match.

This time he was wearing a surgical mask under his helmet before security personnel came and escorted him out of the ground.