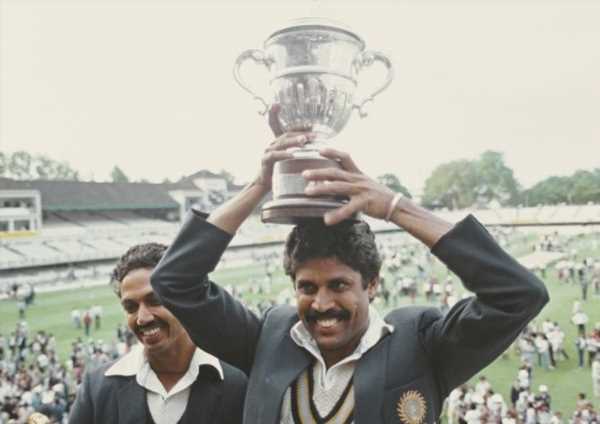 The Indian cricket team defied all odds and expectations to make history on June 25, 1983 by winning its first World Cup crown, defeating the mighty West Indies in the final by 43 runs at Lord’s.

Heading into the final, India shocked the cricketing world with impressive performances in the marquee event after disappointing outings in 1975 and 1979, in which they did not progress beyond the group stage.

They then defeated England by six wickets in the semi-finals to set up a meeting with the West Indies.

India headed to the final with one last kill left to grab the trophy. The West Indies were favourites, having won the previous World Cups in 1975 and 1979. They finished at the top of their group with five wins and a loss to India.

In the semis, they crushed Pakistan by eight wickets.

In the final, put in to bat, India were bowled out for 183 in 54.4 overs in the 60-over-per-side title clash. Krishnamachari Srikkanth top-scored with 38, while Mohninder Amarnath (26) and Sandeep Patil (27) were the only other Indian batsmen to cross the 20-run mark.

India’s bowlers then came up with an incredible display, sending the mighty Windies batting crashing for 140 in 52 overs.

Madan Lal took 3-31, including the wicket of dangerman Viv Richards, who stroked a quickfire 33 from 28 balls, while Amarnath bagged 3-12 and Sandhu 2-32.

India have won the World Cup twice: first in 1983 and then in 2011 at home, under the captaincy of Mahendra Singh Dhoni.