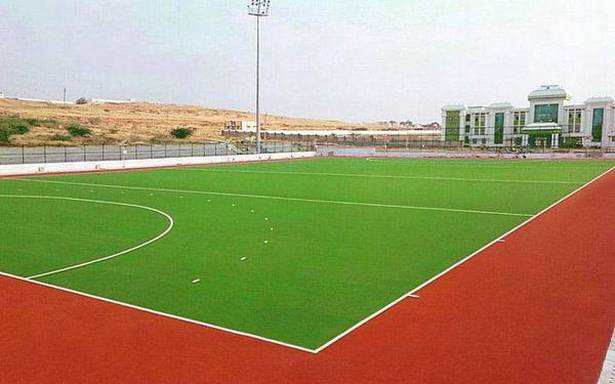 The teams have been divided into eight pools and the winner from each pool will make it to the quarterfinals.

It may be a small industrial town in Thoothukudi District famous for groundnut candies and matchsticks, but Kovilpatti’s contribution to hockey has been immense.

The State-level tournaments began here as early as 1946 and a hockey stadium was constructed in 1960 with support from Lakshmi Mills.

Then, the G. Kuppuswamy memorial tournament ran for 55 years before it was stopped due to a lack of funds in 1999. The sport continues to thrive with the Lakshmi Ammal All-India tournament that completed its 11th edition in 2019. Quite a few players have gone on to represent Tamil Nadu from the region.

The Junior National men’s hockey championship to be held at the artificial turf here from December 16 to 25, it is hoped, will provide a major fillip to the sport. The event will be held here for the first time.

P. Guruchitra Shanmuga Bharathi, secretary of the Thoothukudi District Hockey Association, said the Nationals has come at the right time.

“It has come at a good time for us with the COVID-19 largely behind us. And moreover, two junior players from TN, who are in the current India camp, will be playing here. We have conducted a makeshift gallery that could accommodate 5000 people.”

The teams have been divided into eight pools and the winner from each pool will make it to the quarterfinals.