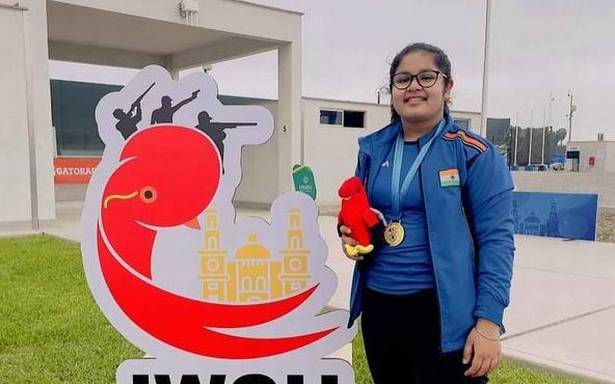 Naamya shot 36 in the final to beat Camille Jedrzejewski of France and Manu. The French girl had progressed for the fight for gold after winning the shoot-off against Manu, who had topped qualification with 587, one point ahead of Rhythm Sangwan.

Aishwary Pratap Singh Tomar, meanwhile, shattered the world record in the final and national record in qualification of the 50m rifle 3-position event.

Olympian Aishwary shot 463.4 in the final as he outclassed Lucas Bernard Denis Kryzs of France by 6.9 points for the gold. Aishwary had shot 1185 in qualification (397 kneeling, 398 prone and 390 standing) to equal the junior world record and beat Sanjeev Rajput’s national men’s record of 1181 set in the 2019 Rio de Janeiro World Cup.

Aishwary has been training with coach Suma Shirur for the Olympics in Tokyo and thereafter for the junior world championship at the academy in Madhya Pradesh and the national camps.