Watching the Novak Djokovic-Jannik Sinner quarterfinal on Tuesday, July 5, 2022, were Kate and Prince William in the royal box at Wimbledon. 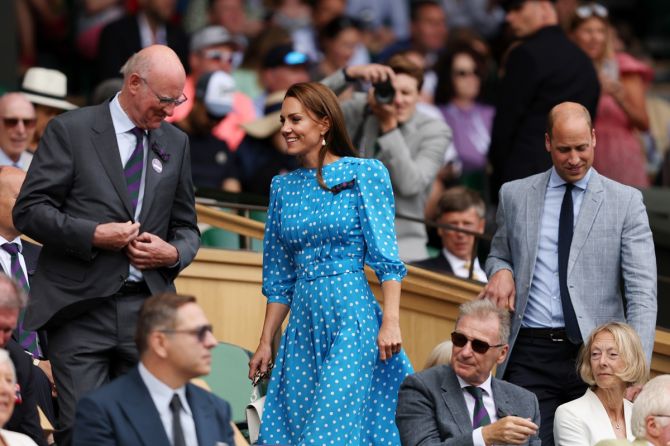 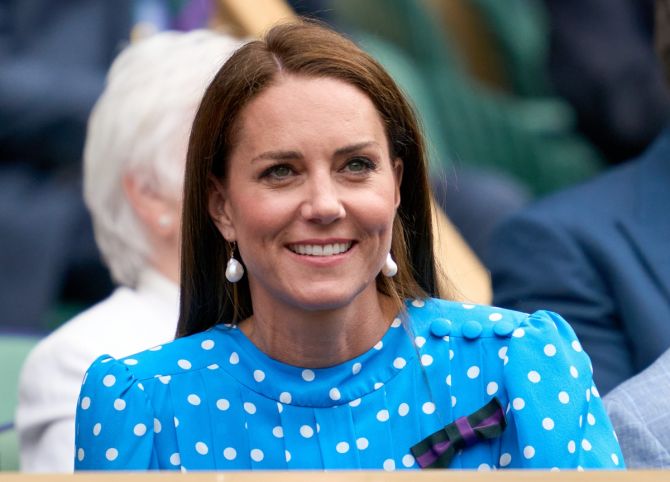 Kate — who is patron of the Lawn Tennis Association — is a regular fixture at Wimbledon.

The purple ribbon she has worn at every match since 2017, which is a traditional symbol of the organisation, was pinned to her dress.

Kate wore a blue and white polka dot dress to the Championships, accessorising her look with a pair of pearl drop earrings, tortoiseshell finlay sunglasses.

The mum-of-three completed her ensemble with a pair of slingback white heeled sandals from the same designer and co-ordinating Mulberry handbag. 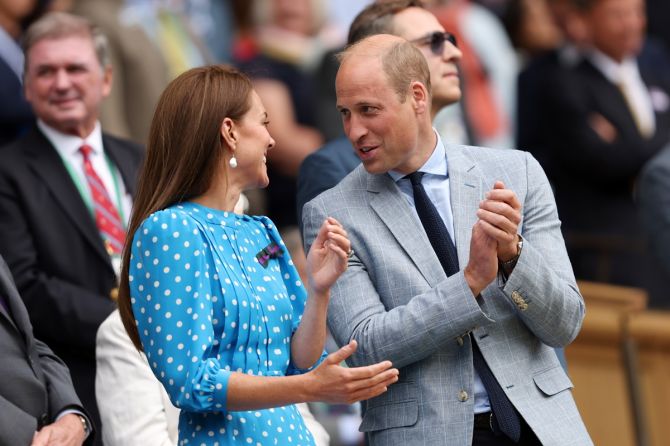 As for William, he donned a gray blazer over a light blue shirt, navy tie and coordinating pants, finishing his ensemble with a pair of shades, as well.

The royal couple then snuck over to Court No 1 — away from the Royal Box — to soak in the epic five-set battle that saw Britain’s Cameron Norrie reach the semi-final in crazy scenes. 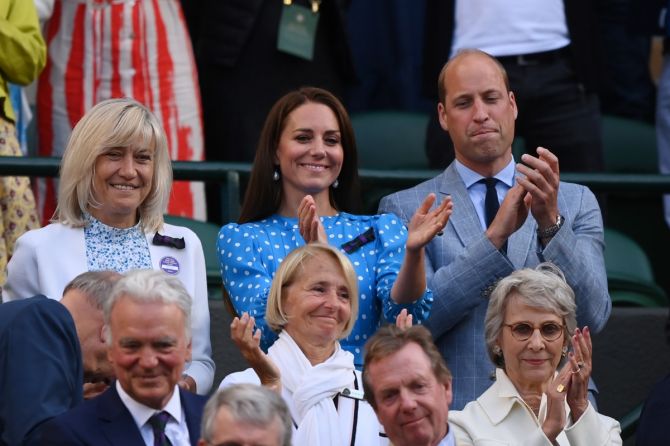 It’s the first time the young royals have attended this year’s tournament.